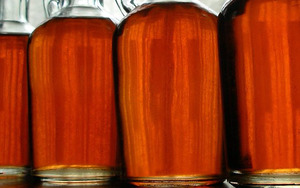 Years ago I read a story treating of this topic in which a scholar who, finding himself displaced to flattish or hilly, sibilantly natural and rural surrounds and possessing moreover not much of a notion about what to do with himself and his personal peculiarities, nearly shriveled up with odium. The peacefulness that confronted him at every turn, no matter where he looked or placed his foot, struck him as unendurable. He sat upon a settee whereupon already his grandfather had quite possibly stretched out in comfort’s name. In vain did he entrust himself hopefully to this tasteful heirloom. Reading all sorts of apparently excellent books made him yawn. Imperceptibly he began to hit the bottle. But then a female acquaintanceship opening out blossom-like before him—inasmuch as he met a ravishing little damsel who inhabited a nearby estate and whose delicate-skinned hand he received permission to covet—lent his existence new, undreamed-of life pinions.

He realized that salvation was near.

If I may quote myself, I believe I am correct in recalling that around the time when I was still boyishly attending junior high school with an aim to filling myself with classical contextuality I had a schoolmate whose father, a man who occasionally gathered wood in the forest, devoted himself on a daily basis to tippling, which was in no way advantageous to his son.

“To get schnappsed” is a jocular expression hereabouts meaning to receive a reprimand.

What a lovely, thrilling impression a cinematic schnapps scene of excellent quality made one day upon my spectating imagination.

A marvelously handsome young ethicist spoke enlighteningly with the populace, calling on it with ingenious eloquence to turn its back on schnapps once and for all. As he combated this intoxicant, however, he was himself paying tribute to it, distinguishing himself in the consumption of that very thing he was abjuring with spark-emitting zeal, and when asked why he was participating in the practice of that which he was at such pains to avoid or eradicate in principle, he replied that he was most convincing as an orator when in his cups, and that he found this contradiction enchanting.

Here too a lady made her appearance on the scene, his betrothed to be precise, who addressed these words to the one whom in general she worshipped:

“Cut out the boozing!”

Never shall I forget the kind expression with which she framed her so earnest request.

And with this, my possibly somewhat unusual essay that nonetheless strives to fulfill in so far as possible the demands made by delicacy while at the same time aiming at solidity—containing as it does some words of warning—can no doubt be deemed to have come to an end.