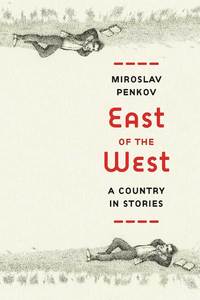 This piece was submitted by Miroslav Penkov as part of the 2015 PEN World Voices Online Anthology.

I was born a year after my brother. When I was twelve Mother bore another boy, but it died a baby. Two years after that she had twin girls. We lived in my grandfather’s house and worked his land. Our grandpa was a lazy man, the laziest I’ve known, but had his reasons. He sat out on the threshold from dusk till after dawn and smoked hashish. He’d let me sit beside him and told me stories of the Turkish times. All through his youth he’d served a Turkish bey, and that bey had broken his back with work enough for seven lifetimes. So now, in freedom, Grandpa refused to do as much as wipe his ass. That’s what he’d say. “I have your father to wipe my ass,” he’d say, and hit the smoke. He drew maps of Bulgaria in the dust, enormous as it had been more than five centuries ago, before the Turks had taken over our land. He’d draw a circle around the North and say “This is called Moesia. This is where we live, free at last, thanks to the Russian brothers.” Then he’d circle the South. “This is Thrace. It stayed part of the Turkish empire for seven years after the North was freed, but now we are one, united. And this,” he’d say and circle farther south, “is Macedonia. Home to Bulgarians, but still under the fez.” He’d brush fingers along the lines and watch the circles for a long time, put arrows where he thought the Russians should invade and crosses where battles should be waged. Then he’d spit in the dust and draw the rest of Europe and circle it, and circle Africa and Asia. “One day, siné, all these continents will be Bulgarian again. And maybe the seas.” Again he’d hit the smoke and sometimes he’d let me take a drag, too, because a little herb, he’d say, never hurt a child.

And now, in bed, I suddenly long to fill up my lungs with all that burning so that my head gets light and empty. Instead, I fill up with memories of things long gone the way a gourd fills up with water from rain.

Our father was a bitter man, having to kiss his in-law’s hand before each meal. Father beat us plenty with his chestnut stick and I remember him happy on a single day in 1905, when we celebrated twenty years since the North had been united with the South. He sat me down with my brother, poured each a mortar of red wine and made us drink to the bottom, like men. He told us that when next we got our Macedonia back he’d fill the mortars up with rakia.

Father was lost in the Balkan war, seven years after. I’d like to think he fell near Edirne, a heroic death, but I won’t blame him if he just chose not to return. I hope he rests in peace. When Grandpa died, it fell to me and Brother to care for the women. We worked the fields of others, cut hay, herded the village sheep. And everyone spoke of a new war, bigger than the Balkan, and that war, too, at last, reached our village. Men with guns set up camp on the square, recruiting soldiers. They said all boys of such and such age had to enlist. They said if we helped Germany win, the Germans would let us take back the land that Serbs, and Greeks, and Romanians had stolen from us after the Balkan wars. The Germans would even let us take Macedonia back from the Turks and be complete once and for all. Our mother wept and kissed my hands and then my brother’s. She said, “I can’t lose both my sons in this war. But I can’t let you hide and shame our blood.” She sent the twins to milk two sheep, then put a copper of milk before me and one before my brother. Whoever drank his copper first would get to stay home and run the house. The other would go to war. I drank as though I’d never drink again. I chugged. I quaffed. I inhaled that milk. When I was done, I saw my brother had barely touched lips to his.

Dear God. Why now? Have I no other worries? I lie and I remember and listen to the falling snow from this old and foolish letter. I feel the cold of the mountain and see my brother holding that copper still full of liquid snow. For heaven’s sake, Brother. Drink.

My brother came back from the war without a scratch. We never spoke of what he’d seen or done. I was ashamed to ask, and he was ashamed to say. We’d lost the war, of course, like all other recent wars, which was regrettable, since we never really lost our battles; we just picked the wrong allies. Or rather, our soldiers never lost their battles. Because what did I know? I herded sheep. So Brother joined me, up on the hills. We’d round the sheep at night and lock them in the pen, boil milk in a cauldron, make hominy, and eat in silence while around us the mountain grew restless with barking dogs, with bells ringing from other pens. Sometimes the quiet inside me would weigh me down so much, I’d get up and yell at the top of my lungs. Eheeeeeee. And then my brother would yell the shepherd yell. Eheeeeeee. And from another hill we’d hear another shepherd and then another, and we would yell, like children, in the night.

It was shearing time, I remember, the spring of 1923. We’d shorn half of the herd and were just laying the fleece under an awning. The dogs barked and down the slope we saw a group of men, tiny at first, and then we saw they carried rifles.

We called the dogs off and waited. The men stood before us, six or seven in shepherd cloaks, hoods over their heads. But these were no shepherds. I could feel it. They held us in their sights and told us to lift our arms. I did, of course. But Brother watched them and chewed a straw. He asked if they were lost. One said, “We’ve come to take some lambs, some milk, and cheese. We have a bunch of hungry comrades in the woods.” He waved his rifle at me.

“We have no lambs for your comrades,” Brother said. A man stepped forward and with the stock of his rifle smacked him across the face. But when he spoke it was a woman’s voice we heard, and when the hood came down, a woman’s face we saw. She spat down on Brother, who lay in blood and straw. She asked him if he reckoned they did all this for pleasure. If they enjoyed living in dugouts, like dogs. She said they fought for the people, for brotherhood, equality, and freedom … “You’re very pretty,” Brother said and coughed up some blood. “I’ll make you my wife, I think.” The woman laughed. “Go get the lambs,” she told me. Her comrades tied Brother up. I boiled milk while they slaughtered a lamb and speared it over the fire. They stayed with us that night, talking of how it was the working people who ought to rule. They spoke of change. That September, they said, there would be an uprising. Thousands of comrades would join to overthrow the tsarist regime. The centuries-old wrath of the slave, they called it, would be unleashed at last. I suppose they weren’t bad people—just hungry and foolish. The woman sat down beside my brother and gave him milk to drink. I begged them to let him loose, but she said she liked him better, tied so.

It poured that night. I took a brand from the fire, stepped over the sleeping comrades, and went out of the hut to see if the fleece was getting wet under the awning. My brother and that woman lay naked on the heap of wool, smoking. The rain seeped through the thatched roof and in the light from the brand their bodies glistened.

“I’ll go with them now,” my brother told me in the morning.

And so he did. They gunned him down in August. I was back in our village then. Policemen banged on our gates and rounded up me and Mother, my sisters, the neighbors. The whole village was goaded on to the square.

They’d set up a gallows and on the gallows hung men and women, together.

“These here are partisan rebels,” said the police. “Communists we shot in the woods. Some are, no doubt, from your village, your sons and daughters. Give us their names and we might let you bury them in peace.”

We formed a line and, one by one, walked by the corpses. It made no sense to hang people already shot. But it made for a terrible display. “You know this one? And how about this one, you know her?”

And then it was my turn to stand before the gallows. I held my eyes shut as hard as I could and there was nothing in the world then besides the sound of creaking rope.

This piece is excerpted from East of the West: A Country in Stories by Miroslav Penkov, Farrar, Straus and Giroux (2011).