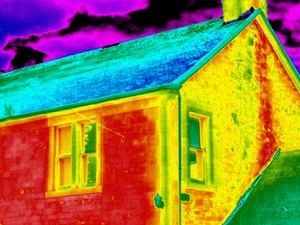 This week in the PEN Poetry Series, PEN America features a poem by Solmaz Sharif.

It matters what you call a thing: Exquisite a lover called me.
Exquisite.

Whereas Well, if I were from your culture, living in this country,
said the man outside the 2004 Republican National
Convention, I would put up with that for this country;

Whereas I felt the need to clarify: You would put up with
TORTURE, you mean and he proclaimed: Yes;

Whereas what is your life;

Whereas years after they LOOK down from their jets
and declare my mother’s Abadan block PROBABLY
DESTROYED, we walked by the villas, the faces
of buildings torn off into dioramas, and recorded it
on a hand-held camcorder and I said That’s a gun as I
trained the lens on a rusting GUN-TYPE WEAPON and
That’s Iraq as I zoomed over the river;

Whereas it could take as long as 16 seconds between
the trigger pulled in Las Vegas and the Hellfire missile
landing in Mazar-e-Sharif, after which they will ask
Did we hit a child? No. A dog. they will answer themselves;

Whereas the federal judge at the sentencing hearing said
I want to make sure I pronounce the defendant’s name
correctly;

Whereas this lover would pronounce my name and call me
Exquisite and LAY the floor lamp across the floor so that
we would not see each other by DIRECT ILLUMINATION,
softening even the light;

Whereas the lover made my heat rise, rise so that if heat
sensors were trained on me, they could read
my THERMAL SHADOW through the roof and through
the wardrobe;

Whereas I thought if he would LOOK at my exquisite face
or my father’s, he would reconsider;

Whereas You mean I should be sent MISSING because of my family
name? and he answered Yes. That’s exactly what I mean,
adding that his wife helped draft the PATRIOT Act;

Whereas the federal judge wanted to be sure he was
pronouncing the defendant’s name correctly and said he
had read all the exhibits, which included the letter I
wrote to cast the defendant in a loving light;

Whereas today we celebrate things like his transfer to a
detention center closer to home;

Whereas his son has moved across the country;

Whereas I made nothing happen;

Whereas ye know not what shall be on the morrow. For what is
your life? It is even a THERMAL SHADOW, it appears
so little, and then vanishes from the screen;

Whereas I cannot control my own heat and it can take
as long as 16 seconds between the trigger, the Hellfire
missile, and A dog, they will answer themselves;

Whereas A dog, they will say: Now, therefore,

Let it matter what we call a thing.

Let it be the exquisite face for at least 16 seconds.

Let me LOOK at you.

Let me look at you in a light that takes years to get here.