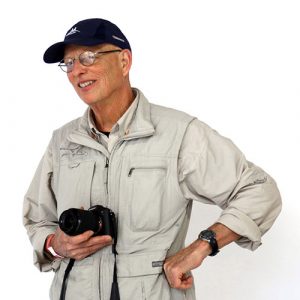 What do you want your readers to know about the coverage they’re relying on?
The Durham VOICE is a youth-generated lab newspaper created by a strategic partnership between journalism classes from the University of North Carolina at Chapel Hill (a predominantly white institution) and North Carolina Central University (a HBCU), as well as local high school journalism students, plus the youth development NGO, Partners for Youth Opportunity. Publishing twice monthly online and monthly in print, we are dedicated to promoting social justice, community-building, and civic engagement in the community of color in our city. As an NGO, we carry no advertising, and are supported entirely by grants and angel donors. We just celebrated our tenth anniversary. To the best of our knowledge, we are the only publication of this kind—a collaboration between the state’s flagship university and the local HBCU dedicated to serving an inner-city neighborhood.

“Readers [must] step up and realize if they want a great local paper, subscribing is not enough. They need to become patrons, sustainers, volunteers even—investing in the sustenance of the local news outlet.”

What do you consider to be the biggest threats to a free and vibrant press in the midst of this crisis?
Leaders who vilify the press should be called out and voted out. Benjamin Franklin said something to the effect of this: “He who would subjugate a society, must first eradicate its free press.”

Third, the cratering of local advertising, due to the closure of many businesses, imperils many smaller community newspapers, particularly the indie weeklies, of which there are dozens in North Carolina. Failure/folding of those down-home newspapers would render many places truly a news desert. At one such newspaper, they have a slogan on the wall that says it plainly: “Advertising makes possible the free press.” Amen to that.

In what ways has local news played a vital role in response to the COVID-19 crisis?
I am so very proud of local news coverage that I’ve seen in my state and beyond. This praise is directed mainly toward the vibrant weekly press and the nonprofits in our state. The coverage has been, in the words of Charles Kuralt, “relentlessly local,” and I celebrate that. And I could even hope that the big-city papers have begun to awaken to their calling as community media outlets.

As many newsrooms turn the bulk of their focus to COVID-19, they will lose the capacity to do much of the vital watchdog, accountability, and solutions journalism they normally do. What is one story you fear will be eclipsed by this shift? Are there any stories you’ve been working on that you’ve had to shelve?
Because The Durham VOICE is focused on our city’s community of color, we look at the news content through a special lens. And we observe scant to token coverage of the inner-city in the mainstream media that includes the local daily paper (big chain-owned) and the three area TV stations. To that degree, “our Durham” is marginalized and underserved by the mainstream media. To me, the news balance of the COVID-19 content is not much different from the pre-COVID-19 news balance. We see our Durham mostly in the police blotter of the daily, or in the “if it bleeds, it leads” local evening TV news.

What stories have you reported on that have given you the most hope?
Because of our publication frequency (biweekly online; monthly print), the majority of our content is feature or news-feature style with occasional commentary op-ed pieces from local teen leaders. Stories that have given us hope: the local barber who turned his shop into a Zumba Zoom dance studio. The local bus driver who sings to his customers to keep their spirits up. The local restaurant owner who provides free meals to the needy. And just before the shelter-in-place order went into effect, a father-daughter date night dance aimed to break down racial stereotypes.

“I am so very proud of local news coverage that I’ve seen in my state and beyond. This praise is directed mainly toward the vibrant weekly press and the nonprofits in our state. The coverage has been, in the words of Charles Kuralt, “relentlessly local,” and I celebrate that. And I could even hope that the big-city papers have begun to awaken to their calling as community media outlets.”

What books, poems, podcasts, or other creative media have you been turning to for inspiration?
The classic 1955 photo exhibit and book, The Family of Man. Henry David Thoreau’s classic book, Walden. Pema Chodron’s book, Welcoming the Unwelcome. Laurie Cameron’s book, The Mindful Day.

What can your readers do to support their local journalists, besides subscribing?
I believe the future of local journalism lies in the realm of the NPR business plan concept. That is, readers step up and realize if they want a great local paper, subscribing is not enough. They need to become patrons, sustainers, volunteers even—investing in the sustenance of the local news outlet. Second, readers can and should get involved with news judgment, story content, and even the news agenda by interacting directly with their local news outlet; conversely, the local paper must have a well-known policy of open access and reciprocity. Open doors. Minimal security. Real people answering the phones. The strength of the community press is its accessibility.

Jock Lauterer is an adjunct professor and retired founding director of the Carolina Community Media Project at the Hussman School of Journalism and Media at the University of North Carolina at Chapel Hill, where he teaches community journalism. Prior to returning to his alma mater in 2001, he created and ran the photojournalism program for 10 years at Penn State, where he was an associate professor. He has 15 years journalistic experience as co-founder, publisher, and editor of two newspapers, the McDowell Express in Marion, NC, and the Daily Courier in Forest City, NC.

Prior to coming to Penn State, he taught photojournalism for three years at the University of North Carolina at Chapel Hill. Subsequently, he designed the journalism program at Brevard College (NC), where he was also in charge of the college news bureau, publications, and public relations. Lauterer is the author of six books, Only In Chapel Hill, Wouldn’t Take Nothin’ For My Journey Now, Running’ on Rims, and Hogwild: a Back-to-the-Land Saga, as well as other texts. Lauterer was also the 1998 winner of the National Geographic Magazine Faculty Fellowship, the 2004 winner of the Ed Vick Prize for Innovation in Teaching, the 2005 winner of Bryan Prize for Public Service at the UNC-Chapel Hill School of Journalism and Mass Communication, and the 2007 winner of UNC’s inaugural Faculty Engaged Scholars award. For the last eight years, he has led a public service journalism outreach project: a community newspaper for inner-city Durham, The Durham VOICE, which is dedicated to getting at-risk youth off the streets and into a nurturing community newspaper newsroom.