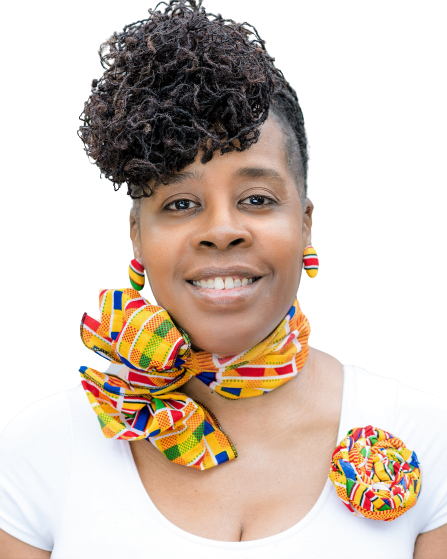 Since 1827, Black reporters and newspapers have been indispensable in enlightening and informing Black communities.

From the unique perspective of Black journalists and editors, these papers provide realistic Black representation, elevate Black culture, and cultivate the Black community. Whether in pursuit of social justice or to raise social consciousness, Black newspapers continue to serve the large, diverse, and constantly evolving community of Black people across the country.

This Black History Month, PEN America is highlighting the careers of black writers who are working to unveil the truth about life and justice in the United States. Their presses remain essential for a functioning democracy and a thriving culture. We asked Black journalists about the importance of Black-owned media, positive Black stories, and the historical context of their work.

For over 115 years, readers nationwide have looked to the Chicago Defender to stay informed about the issues that impact their lives. With both local and national coverage, the Defender is one of the most widely read African American newspapers in the country, with a storied history dedicated to the advancement and enlightenment of Black people.

The following is an interview with Tammy Gibson, historian and contributing writer for The Chicago Defender. The interview has been condensed and edited for clarity.

What was your journey to becoming a journalist at the Chicago Defender?

I was a member of Black Blogger Chicago, founded by Danielle Sanders. Danielle told us that the Chicago Defender reached out to her and asked if [the members] wanted to apply to be contributing writers for the newspaper.

At first, I wasn’t going to apply because I’m not a journalist, and I didn’t get a degree in journalism. A couple of days later, I said, let me fill out the application, and if I don’t get the job, at least I can say I applied.

When I found out that I got the job, I was ecstatic.

How does your perspective as a Black woman influence your work?

I’m influenced by the women that have paved the way in journalism. Ethel Payne was a trailblazing journalist. She was born and raised in Chicago. She was known as the “First Lady of the Black Press” and one of two Black women to hold a White House press pass. She asked the tough questions that many reporters failed to ask about the injustices against African Americans. She was fierce. She was the voice for the Black community. When I think of Ethel Payne, I think about the women in Black journalism today, like April Ryan. Seeing April Ryan asking those tough questions at White House press conferences, I say to myself, that’s Ethel Payne. Ethel Payne has paved the way for many Black journalists today. We stand on her shoulders.

“We can’t afford to let someone else tell our story.”

Can you explain the role the Chicago Defender plays in the Chicagoland region?

What do you find is the point of having Black-owned news outlets?

It’s crucial. Mainstream media does not provide and cover a wide range of issues in the Black community, such as racism, police brutality, voting suppression, social injustices, and health disparities.

Besides the Chicago Defender, the daily Black-owned news outlets I trust and listen to are Roland Martin Unfiltered and WVON 1690. I also listen to In Class With Carr and the Karen Hunter Show. We can’t afford to let someone else tell our story.

In 2021, the Chicago Defender turned 116 years old. As one of the largest Black-owned papers in the country, this paper was one of two publications to publish the photos of Emmet Till’s body that shocked the world. As a historian and journalist, how does the incredible legacy of the Chicago Defender inform your work?

The Chicago Defender kept the Black community informed and had the support and the trust from their readers. As a contributing writer, I take this opportunity seriously. There is always negative news about the Black community, and it is draining to hear it every single day.

Sometimes it affects me mentally because that is not who we are as a community. Many Black people are making a big difference, and the media does not cover it as often as it should. The Chicago Defender continues to be the voice of the community and a vital news source for African Americans.

Is there a piece that you’ve done that you’re especially proud of?

My favorite piece was the 100-year remembrance of the Tulsa Massacre. I was able to talk to two descendants whose ancestors were survivors of the massacre. My purpose in Tulsa was to speak to the Black community. While some people that attended referred to it as a celebration, the Black community in Tulsa called it a remembrance. They were not happy with all the festivities on what should have been a day to honor the ancestors and survivors. One hundred years later, there are still no reparations. Going out in the streets and talking to the community was more important than talking to dignitaries and celebrities.

What can people do to best support the work you’re doing, be it the community, government, or other institutions?

Support my work by subscribing to the Chicago Defender and follow my social media accounts. I write between five to six articles per month. Also, support and subscribe to Black-owned media.

If there are black media outlets that need financial support, donate. Black media faces many challenges when it comes to accessing capital. There also needs to be more advertising dollars from companies pledging more ad spending with Black-owned media.

Your first article on the Chicago Defender website is from January 2020. How has COVID-19 impacted your work?

Much of your Chicago Defender work highlights people in the community doing incredible things. The world’s only Black-owned sliced bread company, the reopening of the Bronzeville Historical Society, etc. What is it about these stories that intrigue you?

Those are stories that you will not see in mainstream media. Sometimes, I don’t like watching the news as the majority of the time, it shows African Americans in a negative light.

There are African Americans doing great work in the community, opening up businesses, high school students receiving multiple scholarships to go to college. The majority of the time, these stories do not make it into the mainstream. That’s why Black media is important.