Watch videos and read transcripts from the night of the 2019 PEN America Literary Gala:

Presentation of the 2019 Courage Award
Introduction by Lupita Nyong’o, remarks by Anita Hill

See photos from the 2019 Literary Gala:

We would like to thank all our donors for their generous support.

PEN America gathered leaders in literature, journalism, media, activism, and culture at the 2019 PEN America Literary Gala, a celebratory event laced with urgency, Tuesday night at the American Museum of Natural History. The role of lone individuals in using written and spoken words to unmask and upend power was on potent display in honorees including professor, lawyer, activist, and Chair of The Hollywood Commission on Eliminating Sexual Harassment and Advancing Equality Anita Hill; history-making investigative journalist and author Bob Woodward; writer-activists and women’s rights champions Nouf Abdulaziz, Loujain Al-Hathloul, and Eman Al-Nafjan, imprisoned for opposing the male guardianship system in Saudi Arabia and punished for their role in overturning the country’s ban on women driving; and Scholastic Chairman and CEO Richard Robinson, recognized for leading the company’s charge to inform the next generation and inspire them to be empathetic, engaged citizens. The night was emceed by comedian John Oliver.

Academy Award-winning actress and Sulwe author Lupita Nyong’o presented Anita Hill with the 2019 PEN Courage Award, conferred each year for dauntless exercises of free expression, in recognition of Hill’s singular role in challenging sexual harassment in the workplace and the attendant abuse of power. “As an organization that protects and amplifies the voices that those in power seek to silence, it is fitting that PEN America honors Anita Hill tonight,” said Nyong’o. “She had no safety in numbers. She was one woman calling Time’s Up decades before the wider society was ready to blow the whistle. She made her accusations against a man who would sit on the nation’s highest court and wield power for decades to come. 28 years later, amid an unstoppable wave of personal revelation and truth-telling that emulates Hill’s initial heroic act, a paradigm shift is occurring. With the #MeToo and Time’s Up movement, we can speak together.”

Following an extended standing ovation, Anita Hill gave a speech tracing the significance of using her voice as a force for change: “As a descendant of a people who just a few generations before me were by law prohibited from learning to read and write, tonight’s honor is particularly meaningful. By virtue of her race, my maternal grandmother, born in 1870, was never offered a public education, and therefore never learned to read or write. But she saw to it that my mother, born in 1911, went to school, read throughout her life, and wrote. She wrote letters to me regularly during my college years. And her letters typically chronicled farm life, church life, and family life. Though she passed away years ago, when I read her letters, I hear her voice. Yet I also wonder what she might have written if she had felt truly free to express all aspects of her life…I am here today to say that I have my voice. And my ancestors’ story reminds me that I must never take having my voice for granted, and I must never abuse it. It’s taken generations to gain this privilege, the privilege I have to write and to speak out with the truth, and to speak truth to power. It’s taken that long, and I will never, ever give it up.”

Two-time Pulitzer Prize and two-time National Book Award winning journalist and author Robert Caro (The Power Broker, The Years of Lyndon B. Johnson) introduced peerless investigative journalist and author Bob Woodward, winner of the 2019 PEN America Literary Service Award for his 47 years of work at the Washington Post and 19 bestselling nonfiction books. His writings have held the White House accountable for decades—and moved citizens across the political spectrum to do the same. Presenting the award, Caro spoke of the journalistic triumph of breaking the Watergate Scandal, which he and his partner Carl Bernstein achieved by knocking on the doors of 100 potential sources at their homes in the evening.

Caro said, “What is a great reporter? Someone who never stops trying to get as close to the truth as possible. Sometimes it means taking a list of 100 names, going through that list name by name, and crossing out those names one by one until you have found and done your best to talk to everyone. That’s reporting; that’s the search for the truth. Novelists, poets, nonfiction writers—we are all trying to search for, illuminate, and provide insight into whatever truth there is. In his entire career, Bob Woodward has never stopped trying to seek out facts, as many facts as he could get.”

Bob Woodward reflected on Richard Nixon’s resignation: “Why? Why all the criminality? Why all the abuse of power? It was hate, the poison of hate, that awful, destructive force of utter contempt for other people. It was the engine of his presidency in so many ways and it, in the end, destroyed him. Now, 45 years later, President Donald Trump publicly exploits the divisions in this country without restraint. The Trump rallies are primal amphitheaters. He has turned hate, in his own way, into ammunition for personal and political warfare.” Woodward, whose most recent book, Fear: Trump in the White House, addressed the current administration’s untruths in perpetuating this hate, and their parallel to 1974, continuing, “Ben Bradlee, the editor at the [Washington] Post, used to tell us how you deal with the stress of reporting a story when it’s hard: Nose down, ass up, moving slowly forward to the truth.” Following his speech, Carl Bernstein joined Woodward onstage to share in the celebration of his former colleague and longtime friend.

The PEN/Barbey Freedom to Write Award annually recognizes journalists imprisoned for their work and, with the public profile of the award, globally amplifies the urgency of their cases. Of the 44 jailed writers who have received the award since 1987, 39 have been released due in part to the global attention and pressure the award generates. This year, PEN America honored journalist, blogger, and activist Nouf Abdulaziz, activist and social media commentator Loujain Al-Hathloul, and blogger, columnist, and activist Eman Al-Nafjan, who have spoken out about women’s rights and the now-lifted ban on women driving, part of Saudi Arabia’s restrictive guardianship system. They are currently detained incommunicado, with Saudi authorities refusing to disclose information about their health conditions.

Al-Hathloul’s sister and brother Lina and Walid Al-Hathloul traveled to New York to accept the Award on the writer-activists’ behalf. Lina imagined Loujain feeling daily what Rosa Parks described when she said, “I would like to be remembered as a person who wanted to be free, so other people would be also free.” Lina told the crowd of PEN America supporters that by awarding Loujain, along with Abdulaziz and Al-Nafjan, the PEN/Barbey Freedom to Write Award, they were becoming “the voice of the voiceless…who was once the voice of the voiceless but has been sent behind bars to be silenced as well.” Walid added, “The idea of knowing she is not forgotten, and that people still stand with her, is the strongest breath of freedom she can inhale when everything else has been made to break her.”

John Oliver remarked, “That’s as visceral a reminder as any of what this evening is all about…PEN America’s advocacy on behalf of these courageous women and so many others around the world who are under threat, imprisoned, or even worse for exercising their expression rights is so necessary right now. Together we can make sure that they know they are not forgotten. If we stand with them against forces of authoritarianism, censorship, and silencing, together we can make a difference—as happened with the journalists just released from prison in Myanmar—which is remarkable, and it doesn’t happen without pressure.” Reuters journalists Wa Lone and Kyaw Soe Oo—who reported on mass atrocities by the Myanmar army against the Rohingya people in Rakhine State, and were last year’s PEN/Barbey Freedom to Write Award honorees—were granted amnesty on May 6, 2019, and freed from Insein prison.

This year’s Publishing Honoree, Richard Robinson, has been at the helm of Scholastic for over 40 years, overseeing the company as it has informed and inspired young readers. Alec Baldwin, a neighbor and friend of Robinson, introduced him, saying, “Dick is someone who exemplifies PEN America’s mission—a mission that resonates deeply with me personally, as we continue to fight for a free press and to acknowledge the importance of freedom of thought and creative expression. Dick understands the importance of language—how much depends on our ability to express our ideas, to access books that can change us and challenge us. Under his leadership, Scholastic has become not just the world’s largest publisher and distributor of children’s books, but also an organization that helps schools, teachers, and parents work together to make great stories accessible and relevant to millions of young people.”

Baldwin quoted a letter to Robinson, penned for the occasion by Scholastic author J.K. Rowling: “You’ve centered your life and your business around the fundamental belief that every individual child should be enabled to develop their potential to the fullest possible extent, and that a key part of that is the ability to read, and to discover other worlds through stories. I’m just one of the people who is incredibly grateful to you for having made this your mission.”

Robinson remarked that PEN America “knows that the basis of our democracy is being challenged, and that the ability of young people to develop a fact-and-reason-based approach to the world is critical to our future.” He continued, “The history of Scholastic in this area has often been controversial. We have been banned in schools in the ‘30s and ‘50s for being too soft on communism; in the ‘40s and the ‘60s for promoting liberal views on race, civil rights, and the Vietnam War; in the ‘70s for articles on student rights—not a popular subject in schools; in the 80s and 90s for climate change; and in the 2000s for the Iraq war. Despite these controversies and temporary bans, schools have relied on our balanced approach to help young gain basic knowledge about their world, with the larger goal of helping kids know how to build and maintain a fragile democracy.”

PEN America Chief Executive Officer Suzanne Nossel said, “Tonight’s honorees span generations, geographies, and cultures but are united by their fearless fealty to truth. Whether by buckling up to document a law-defying drive across the Saudi border, publishing an expose of the rot in the White House, or taking the witness stand against a man about to be anointed for life to the highest court in the land, their willingness to imperil their lives, sully their reputations, and sacrifice their freedoms to write and speak truth are the embodiment of what PEN America exists to safeguard.”

PEN America President Jennifer Egan said, “Thank you all for joining us tonight to champion literary expression and insist upon its cultural and civic value, both around the world and here at home.” 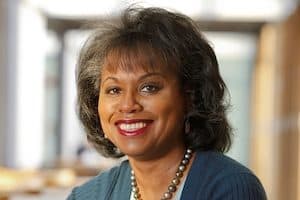 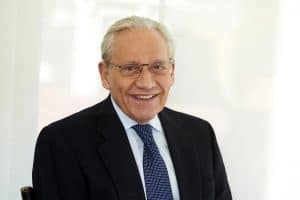 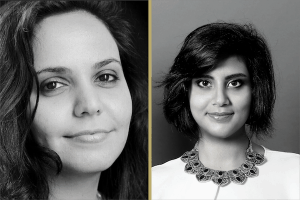 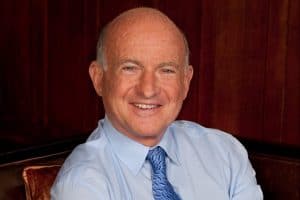 “‘What They Did to Me was so Horrific’: Brutal Silencing of a Saudi Feminist”
The Guardian, May 24, 2019