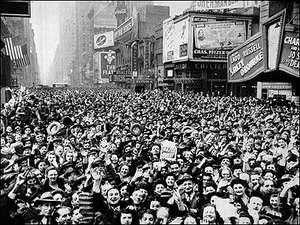 For more than 50 years, PEN American Center has honored some of the most outstanding voices in literature with its literary awards program. We’re proud to present excerpts from the 2012 Literary Award winners below. And find out more about PEN’s awards program here.

The PEN/Bellwether Prize for Socially Engaged Fiction, Founded by Barbara Kingsolver ($25,000) is awarded to the author of a previously unpublished novel that addresses issues of social justice and the impact of culture and politics on human relationships. This award was offered for the first time in 2012. Judged by Rosellen Brown, Margot Livesey, and Kathy Pories.

The PEN/Saul Bellow Award for Achievement in American Fiction ($25,000) is awarded to an exceptionally talented writer of fiction whose body of work places him or her in the highest rank of American literature. Judged by Don DeLillo, Jennifer Egan, and George Saunders.

James Gleick, The Information: A History, a Theory, a Flood (winner of the PEN/E. O. Wilson Literary Science Writing Award)

The PEN/E. O. Wilson Literary Science Writing Award ($10,000) is awarded for a book of literary nonfiction on the subject of the physical or biological sciences published in 2011. Judged by Elizabeth Kolbert, Charles Mann, and Dava Sobel.

The PEN/Laura Pels International Foundation for Theater Award ($7,500) is awarded to a dramatist in mid-career whose literary achievements are vividly apparent in the rich and striking language of his or her work and a master American dramatist in recognition of his or her body of work. Judged by Robert Brustein, John Lahr, and Stephen Wadsworth.

Christopher Hitchens, Arguably (PEN/Diamonstein-Spielvogel Award for the Art of the Essay)

The PEN/Diamonstein-Spielvogel Award for the Art of the Essay ($5,000) is awarded for a book of essays published in 2011 that exemplifies the dignity and esteem of the essay form. Judged by Robert Boyers, Janet Malcolm, and Ruth Reichl.

The PEN/ESPN Award for Literary Sports Writing ($5,000) is awarded for a nonfiction book on the subject of sports published in 2011. Judged by Marshall Jon Fisher, Rob Fleder, and Mark Mulvoy.

The PEN/ESPN Lifetime Achievement Award for Literary Sports Writing ($5,000) is awarded to a writer whose body of work represents an exceptional contribution to the field. Judged by Shelby Coffey, Daniel Okrent, and Lesley Visser.

The PEN/Jacqueline Bograd Weld Award for Biography ($5,000) is awarded for a distinguished biography published in 2011. Judged by Blake Bailey, Daphne Merkin, and Honor Moore.

Siddhartha Deb, The Beautiful and the Damned: A Portrait of the New India (PEN Open Book Award)

The PEN Open Book Award ($5,000) is awarded for an exceptional work of literature by a writer of color published in 2011. Judged by Alexander Chee, Mat Johnson, and Natasha Trethewey.

The PEN/Phyllis Naylor Working Writer Fellowship ($5,000) is awarded to a significant published author of children or young adults’ fiction to aid in completing a book-length work in progress. Judged by Daniel Handler, Lyn Miller-Lachman, and Neal Shusterman.

The PEN/Steven Kroll Award ($5,000) is awarded to a an author of exceptional writing in an illustrated children’s book. This award was offered for the first time in 2012. Judged by Carmen Agra Deedy, Susan Kuklin, and Vera B. Williams.

The PEN/Voelcker Award for Poetry ($5,000) is awarded to a poet whose distinguished and growing body of work represents a notable presence in American literature. Judged by Dan Chiasson, Aracelis Girmay, and A. Van Jordan.

The PEN Award for Poetry in Translation ($3,000) is awarded to a for a distinguished book of poetry in translation published in 2011. Judged by Christian Hawkey.

The PEN/Edward and Lily Tuck Award for Paraguayan Literature ($3,000) for the author of a major work of Paraguayan literature not yet translated into English. Judged by Nancy Festinger, Laura Healy, and Gregary Racz.

The PEN Translation Prize ($3,000) is awarded for a distinguished book-length prose translation published in 2011. Judged by Aron Aji, Donald Breckenridge, and Minna Proctor.

The PEN/Ralph Manheim Medal for Translation is awarded to a translator whose career has demonstrated a commitment to excellence through the body of his or her work.

The PEN Translation Fund Grants are granted to support the translation of book-length works of fiction, creative nonfiction, poetry or drama that have not previously appeared in English or have appeared only in an outdated or otherwise flawed translation. Judged by Susan Bernofsky, Barbara Epler, Edwin Frank, Michael F. Moore,* Michael Reynolds, Richard Sieburth, Eliot Weinberger, and Natasha Wimmer. (*Non-voting chair of the PEN Translation Fund Advisory Council.)

Matt Reeck and Aftab Ahmad, Mirages of the Mind, a novel by Pakistani writer Mushtaq Ahmad Yousufi (from Urdu)

Carrie Reed, Youyang zazu (Miscellaneous Morsels from Youyang), a compendium from the Tang Dynasty by Duan Chengshi (from Chinese)

The Advisory Council is also pleased to announce that its nominee for a 2012 New York State Council on the Arts translation grant, Ana Božičević, was awarded a grant in January for her translation of It Was Easy to Set the Snow on Fire by Serbian poet Zvonko Karanović.