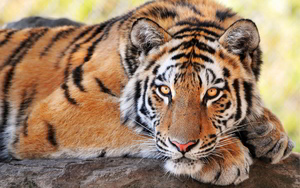 This piece was submitted by Alona Kimhi as part of the 2014 PEN World Voices Online Anthology.

Greetings, summer, greetings to you, with your growling air-conditioners, with your deodorant consumption graph soaring sky-high, with the expanses of human bodies revealed to the eyes of all in streets drugged with air pollution. Welcome July, cruelest of months! The legs of my city are open wide to receive your sweltering flux.

They say that the globe is getting hotter, and the feeling that every summer is hotter than its predecessor is not an illusion but a solid scientific fact. The air in the streets of Tel Aviv is dense with heat and humidity—this is the rotten breath of the Alexandrian delta, with its steaming swamp vapors that spoil the famous pleasantness of the Mediterranean climate.

Sometimes the glaring light is tinged a sepia-brown, as if the city has been photographed by an antique camera, and then it seems that you can feel the poisonous pollution in the air, its touch palpable on your exposed skin. People’s faces shine with sweat and they move along the streets with an artificial slowness, with every step they take their feet seem to sink into a quagmire from which they have to extricate themselves again and again in order to advance towards some secret goal, important by the mere fact of its existence, if only because it can be marked, encircled, looked forward to.

This steamy air is a guarantee of confusion and hallucination—as I am walking to the clinic I sometimes seem to see familiar figures flitting by, merging into the crowd, disappearing into the entrance of a building across the street, peeping out of a car as it slows down, hurrying along in front of me.

Once I thought I saw through the window of a passing bus the white, cropped head of Grandma Rachela, of whose absolute death I have no doubt; the sight of her body, which in the way of dead bodies looked shriveled and shorter by far than when she was alive, even made my mother slip on the moist earth and fall into the open grave.

This incident, by the way, shocked my mother to such an extent that she was stricken by hysterical dumbness for the entire week of mourning. Only on the seventh day, when Mickey Gafni, the wizened shyster lawyer, appeared in the apartment to read the will, in which my grandmother left her surprising savings to my mother, did she recover her power of speech.

It sometimes seems to me that I have caught sight of her, my mother, leaning on the arm of Poldy Rosentalis and examining a shop window displaying artificial limbs or trays of pastries in the cake shop Ugati, and sometimes I am sure I recognize my father, stopping as was his wont next to the news agent’s and reading the headlines with a goose-like stretch of his neck.

In a Jeep stopping at a red light I was convinced that I saw the broad, red nape of Amikam’s neck, but as I hurried in vain to approach the vehicle it rushed off with a roar of its engine, leaving me behind to breathe in the exhaust fumes and to wonder what my lieutenant colonel was doing in these intifada days, was he on active service in the reserves, teaching those sons-of-bitches-cousins-of-ours a lesson or two in manners and etiquette somewhere in the area between Jenin and Ramallah.

Sometimes I see less significant people too—girlfriends, high school teachers, men I once went to bed with. A few days ago, for example, I clearly saw Bruria Zimmel, who studied with me in the department of dental hygiene in the faculty of dental medicine at Tel Aviv University. She was so lonely, this Bruria, that on the night Rabin was assassinated, nobody phoned her to tell her the news, and she only found out the next day. When I saw her gawky back on the corner of Bugrachov Street I even shouted, “Bruria! Bruria Zimmel!” and a strange woman turned round to face me, probably no less lonely than Bruria Zimmel herself. The only one I never imagine seeing is Taro. Nobody reminds me of him in the streets of my city, just as no alley cat can remind me of the tiger cub he gave me. I can only experience Taro as an absence, and sometimes this absence is so vivid that it almost turns into something solid you can touch with your hand, or to which you can press your burning cheek as if it were a marble pillar. Even in my dreams he refuses to come to me, and I have to sense his presence with a special sixth sense, like sensing the presence of someone standing next to you in absolute darkness.

The tiger is the largest member of the cat family and it stands at the top of the food chain.

And in spite of this summer swoon, and in spite of the sweat pouring down my body and my face minutes after I leave the house—I am happy. Days full of a new, vital joy stream between the walls of my small apartment, and this happiness stays with me too when I go out every day to perform my professional duties, bending over gaping mouths, breathing in the breath of humanity as I drill, tap, scrub, scour, smash the accumulated tartar deposits, file away the nicotine and coffee stains, gently scold the negligent, patiently explain to the newcomers, holding a plaster model of the human jaw and demonstrating with professional ease the correct brushing movements. And there is no cause for wonder in this—I have always been saved by work from diving too deeply into myself. Or as Grandma Rachela used to put it: “Action is the best remedy for brooding.” And thus even that palpable absence, which never disappears, turns into one more layer in the tectonic structure of my joie de vivre.

The only thing that succeeds in worrying me, and that too, only to a limited extent, is the shadowy tiredness that I feel as soon as I wake up, as I always do, at dawn. A sly, elusive tiredness, a kind of drowsiness stealing into my waking state like a thief, muddying the vibrant energy which is one of my distinguishing characteristics. It sometimes happens that I am bending over a patient, concentrated, focused, when suddenly I feel so faint that I have to sit down and close my eyes for a moment.

“It’s nothing, I just feel a little giddy,” I murmur in the direction of the patient, regretfully undermining the confidence he had enjoyed up to a moment before.

Yisrael Riklis says: “You’re on one of those crazy diets again, Lily! Haven’t you understood yet that what you have to learn is to eat properly, healthily, enjoyably! Look at Adina, she took a course on healthy eating and now she even makes roast beef from tofu—it’s amazing. And most important of all—fish, fish, and fish again.”

I deny it—ever since I split up with Amikam I haven’t dieted, but Yisrael Riklis refuses to be persuaded—it seems to him that I’ve lost weight, even though the needle on the bathroom scale standing in the clinic toilet always points to the same old familiar 112 kilos, my employer claims that my dimensions are shrinking. All I can do is shrug my shoulders. During the period of his army service in the stomatological institute of Tel Hashomer Hospital, Dr. Riklis won the hearts of the nurses with the help of his ability to guess their weight accurately just by looking at them. I have no desire to rob the doctor of his most brilliant courting technique, which would be like robbing the poor man of his lamb in the biblical parable.

Besides which, as part of the general well-being that has taken over my life at this time, my relations with my employer are flourishing as never before. Thanks to the gods of birth, his regular assistant, Shoshi Abukassis, has been obliged to take a sudden leave of absence in order to safeguard her pregnancy by bed rest. In the meantime, until he finds a suitable substitute, he is taking advantage of the services of his secretary and office manager Aharona Perchik. But sometimes it happens that Aharona Perchik is up to her neck in ongoing administrative business, and then I go to the rescue of the boss.

At first both he and I were apprehensive of this collaboration, since my sensitivity to the sight of my fellow man enduring pain or bleeding is a well-known fact, but the hand of chance, which obliged me one fine day to assist Dr. Riklis in the extraction of a wisdom tooth, showed that in contrast to the human body, when it comes to the soul, the passing years bring improvement and strength. And the proof—the terrified eyes of the lad Tal-tal Rosenbaum when he received six local anesthetic injections, the forceps in the doctor’s hand and even the act of extraction itself, the sight of each of which in the past would have been enough to make me lose consciousness for a long time, now gave rise in me to nothing but curiosity. Even when Tal-tal sat up in the chair and rinsed his mouth, I couldn’t take my eyes off the sheen of his blood mingled with saliva dripping into the little basin.

In the nights that followed I frequently woke up from dreams concerning the extraction of teeth. Sometimes I was the executor, the judge and the executioner, bending over a mouth that was a bottomless pit, ripping the tooth from its last tenuous moorings in the gum. And sometimes I was the victim, helpless but not joyless, submitting open-mouthed to the ministrations of a being hidden from the eye but indisputably present.

After giving birth the female tiger will not rut again until the cubs grow sufficiently independent (one and a half to three years old).

This piece is excerpted from Lily la Tigresse, published in Hebrew by Keter Books, Jerusalem, 2004. Worldwide translation copyright © by the Institute for the Translation of Hebrew Literature, 2013.