Letter to Secretary of State John Kerry: Speak Up for Writers in Ethiopia 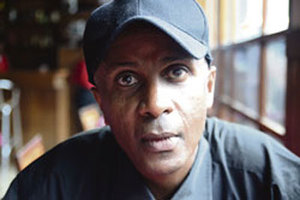 PEN sent the following letter to Secretary of State John Kerry on the eve of his visit to Ethiopia to urge him to raise the case of imprisoned journalist Eskinder Nega, winner of the 2012 PEN/Barbara Goldsmith Freedom to Write Award, when he meets with Prime Minister Hailemariam Desalegn in Addis Ababa. PEN is extremely concerned by the ongoing crackdown on government critics in Ethiopia, including the April 25 and 26 arrests of six prominent bloggers and three freelance journalists immediately preceding Secretary Kerry’s arrival and Ethiopia’s scheduled Universal Period Review before the UN’s Human Rights Council on May 6. You can read PEN’s submission to the UN here.

We are writing on behalf of the 3,500 members of PEN American Center, an organization of writers dedicated to protecting freedom of expression wherever it is threatened, to urge you to press for the release of imprisoned journalist Eskinder Nega, as well as the nine bloggers and journalists arrested on April 25 and 26 and the many others imprisoned for exercising their right to free expression in Ethiopia, during your upcoming meeting with Prime Minister Hailemariam Desalegn.

As you know, Eskinder Nega, winner of the 2012 PEN/Barbara Goldsmith Freedom to Write Award, was arrested under Ethiopia’s sweeping anti-terror laws on September 14, 2011, after he published a column questioning the government’s claim that a number of journalists it had detained were suspected terrorists. Eskinder was charged with “plotting terrorist acts to create public chaos” on November 10, 2011. On June 27, 2012, Eskinder was found guilty and he was sentenced to 18 years in prison on July 13, 2012. The prosecution’s evidence against Eskinder consisted of nearly inaudible recordings of telephone conversations and other comments and video of a town hall meeting in which Eskinder discusses the differences between Arab countries and Ethiopia. He is serving his sentence in Addis Ababa’s Kaliti Prison.

Eskinder is just one of many journalists and bloggers who have been detained, imprisoned, or threatened in Ethiopia in recent years. Just days ago, six bloggers from the group Zone9 and three freelance journalists were arrested in a coordinated crackdown on government critics. We are seriously concerned for the well-being of journalists Tesfalem Waldyes, Edom Kassaye, and Asmamaw Hailegeorgis, and bloggers Befekadu Hailu, Atnaf Berahane, Natnael Feleke, Mahlet Fantahun, Zelalem Kibret, and Abel Wabela, who are being held incommunicado at the Maekelawi detention center in Addis Ababa. We understand that the group appeared in court yesterday, April 27, and that they are being charged with “attempting to incite violence.” The arrests on April 25 came just two days after Zone9 posted a statement on social media saying they planned to increase their activism after keeping a low profile because of ongoing intimidation. Nearly all those accused have faced increased harassment over the last six months.

Ethiopia’s 2009 anti-terrorism law, which criminalizes any reporting deemed to “encourage” or “provide moral support” to groups and causes which the government considers to be “terrorist,” has been widely criticized both for its vague terms and for its application.

We believe that your meeting with Prime Minister Hailemariam to discuss efforts to advance peace and democracy is a prime opportunity to discuss Eskinder’s case and the most recent arrests, which occurred immediately preceding your arrival and just days before Ethiopia’s universal periodic review at the UN Human Rights Council. As Ethiopia continues to develop and take its place on the world stage, its leaders should be reminded that respect for essential freedoms such as free expression is a basic requirement for full participation in the global community.

The government’s misappropriation of terror charges in its ongoing crackdown against journalists, bloggers, and critics is, as we are sure you will agree, counterproductive to Ethiopia’s interests in promoting peace and development. We believe strongly in the importance of engagement and the power of cooperative relations to effect change, and we know that your voice on this issue can have a positive impact on free expression for the Ethiopian people.

Thank you for your attention to this critical matter.