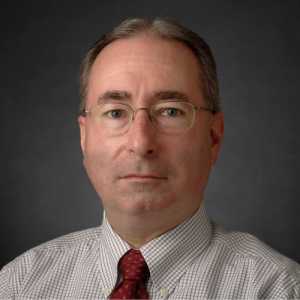 Selected Remembrances:
“Mike was a member of the Hernando Symphony as a clarinetist for over 30 years. I was one of the 13 who started the HSO back in 1982 so when Mike joined I was already there as the principal trumpeter. Mike moved his way up the ranks to become our principal clarinetist when I took over as head conductor in 2014. Mike embraced this new role and became a wonderful section leader. I would often see him working with his section members before rehearsal and during the break. Mike has been a featured soloist as well as having many solos within different songs. He came to rehearsals early and was always prepared and stayed to help put all the equipment away. He was always the first to show up to help set up the stage for each concert and tear it all down at the conclusion.”
—Michele DiLuzio, Conductor, Hernando Symphony Orchestra [Hernando Sun]

“He strongly believed in the power of journalism to promote a fair democracy that works for everyone. . . Mike was someone who believed that we are one human race. . . that no one should be subject to discrimination because of gender, sexual orientation, race, ethnicity, nationality, religion or any other trait.”
—Effingham Daily News obituary [Effingham Daily News]

“Looking back through photos, it amazes me to see our beloved uncle Mike present for nearly every major (and many minor) life event & holiday despite living 1,000 miles away from family. The loss of his presence will be felt deeply. He was always so thoughtful, sent a birthday card every year & Florida oranges every winter, texted to check in, & sent all kinds of news articles that he knew were relevant to me. During my last visit with him in Florida, it was very clear his deep felt love for his community. . . helping a homeless man get on his feet again, fervently supporting his local restaurants/businesses, using his musical gifts to spread light via the symphony. He was smart, funny, worldly, compassionate, thoughtful and an all around legend of a guy.”
—Kelsey Ferch, niece of Michael Konrad [Effingham Daily News Obituaries]

“He was at once an exceptional editor and an even better person, guiding my work with a gentle, experienced hand while at the same time always challenging me to be my very best.”
—Megan Hussey, Reporter, Hernando Sun [Hernando Sun]

“He was a newspaperman until the end. Soon the thread spilled onto social media and I heard from hundreds of people. Hundreds of people who loved my brother.”
—Scott Konrad, brother of Michael Konrad [Hernando Sun]

“I’m among many journalists who credit Mike Konrad with shaping their careers and making them better. He helped me land a job at the Tampa Bay Times and I cherish the years I worked with him.”
—Tony Marrero, Staff Writer, Tampa Bay Times [Twitter]

“Mike was a meticulous and hard-working editor with a passion for local news coverage and the local arts scene, which was part of my beat before being laid off in May. He was the kind of editor you want reading your copy because he made it better. Believe me, that does not always happen. Mike was a kind and caring boss who saw beyond the contributions his staff could make to the newsroom.”
—Michele Miller, Editor and Creator, What’s What New Port Richey [Hernando Sun]

“His pants and shirts were always pressed. His office, neat. His relationships with locals were, for a journalist who oversaw hard-hitting stories, remarkably rosy. His calm, fair sensibility earned him respect from both his Brooksville community and his Times team. With gentle writing guidance, in soft-spoken phone calls, he mentored a long line of reporters.”
—Tampa Bay Times Staff [Tampa Bay Times]

“Mike was a journalist’s journalist. He cared deeply about the craft, about the community, and about the readers. He believed they deserved the truth and strived to give it to them. I had the privilege of working with Mike at the Times and will always cherish those days.”
—Ron L Thompson, former staff photographer, Tampa Bay Times [Effingham Daily News Obituaries]

“He believed that patiently pursuing and publishing information about government and law enforcement made the world better, more fair. This may sound like an obvious or old-fashioned belief. But when it animates a bureau chief across 25 years and when his employer shares the belief, it improves the lives of citizens. . . The newspaper editor Mike Konrad was great, in his goodness. It will be up to the next generation of reporters to sift patiently through the facts and do the groundwork necessary to explain the failure of our government to protect sincere, hard-working Americans like Konrad.”
—Kit Troyer, former newspaper reporter and a criminal defense attorney [Kit Troyer Blog]

“‘When your life flashes before you, please make sure we’re a chapter,’ one of our reporters requested. ‘You are crazy,’ several colleagues and friends told me.

“‘Are you taking an extra pair of underwear in case of emergency?’ one asked.

“With such an encouraging send-off, I was becoming a bit leery of what I had gotten myself into by the time I arrived Thursday afternoon at the Hernando County Airport for a ride aboard one of the stunt planes that are part of the Holiday Inn Aerobatic Team, one of the acts at today’s Hernando County Air Festival.”

“At first glance, Russell Coats’ grave doesn’t seem much different from any of the others in Brooksville Cemetery. Tucked away in the northwest corner of the cemetery, the stone is simple, gray, about 3 feet high. The inscription: In Loving Memory, Russell K. Coats, Dec. 2, 1970-May 19, 1990, Son and Brother.

“A closer look reveals that this grave is unlike the others, however.”

“In this holiday season, Jean Lucier, president of Mothers Against Drunk Driving in Hernando County, pleads with people to find ways to celebrate that exclude drinking to the point of impairment.

“Linda McKenna and Carol Roberts offer an alternative: gift baskets that do not include the traditional bottle of wine.”

“With the holiday season in its final phase, be prepared for the usual onslaught of predictions and resolutions for 1993.

“They’ll be in the newspapers, on television and radio, in the grocery store checkout line tabloids. By the end of the week, you’ll be sick of them.

“You’ll get none from me, though.”

“Over the years, the Times has published a number of revealing stories about political back-scratching and questionable expenditures of taxpayer money in the county, the school system and the city of Brooksville.

“Every time we shine light in a dark corner, the response from the officials who have come under scrutiny is the same: ‘Problem? We’ve done nothing wrong. Why are you asking these questions anyway?’ They say the newspaper has an ‘agenda’ and talk about how we love to write negative stories because they sell papers.”