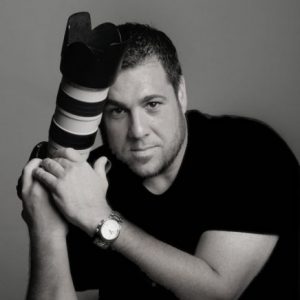 Selected Remembrances:
“He told the stories of athletes and celebrities. He also told the stories of the complete strangers he would meet in the street or in the stands or on the sidelines: the kid at his first baseball game, the couple getting engaged in Central Park, and the young writer in the media scrum, interviewing a legend.”
—Laura Albanese, Sports Writer, Newsday [Newsday]

“He would do unbelievable things for people. Anthony was kind. It’s one thing in life to be nice. It’s easy to be nice. It’s difficult to be kind. He was generous in a way like no one I’ve ever seen.”
—Bruce Beck, Sports Anchor, WNBC-TV [Newsday]

“Anthony was an amazingly talented photographer, and he was an even better person. The sports world feels his loss.”
—Derek Jeter, former shortstop, New York Yankees [Facebook]

“Anthony Causi was our colleague, our friend, and a brilliant journalist. He was, quite simply, one of the best sports photographers in New York City, capturing all the major moments of the past 25 years. Soft-spoken, funny, but most of all kind — he was respected by those he photographed and admired by those with whom he worked. The Post that you read, and the newsroom that we work in, are less colorful today because of his absence. Our hearts go out to his family, and we share their grief.”
—Stephen Lynch, Editor-in-Chief, New York Post [New York Post]

“Anthony was the kind of photographer we should all aspire to be — one with a heart.”
—National Press Photographers Association [Twitter]

“Anthony was one of the best in the business. A true professional. He was kind, genuine, and good personal friend. He will be missed by all who knew him.”
—Noah Syndergaard, Pitcher, New York Mets [Twitter]

“There are two things that I’ll always remember about Anthony. First, athletes and celebrities who have a general mistrust of the media always trusted Anthony implicitly because they knew that he would honor them with his photographs. He would never embarrass them, and he would always present them in the greatest possible light. But the other thing that will always stay with me is that there are literally thousands of pictures captured in frames on refrigerators and scrapbooks all across New York of families who Anthony would stop at ballparks and arenas all across New York, knowing it was a family’s first trip to Yankees Stadium or their first trip to the Garden, take their picture and then send it to them, and the reaction these families always had—those smiles will always stay with me.“
—Mike Vaccaro, Sports Writer, New York Post [YES Network]

“Anthony Causi was an artist and a storyteller. Through his lens, he captured people, places and priceless moments. We lost a kind and talented man. Thank you Anthony for your generosity and your friendship. Your photos and your posts will be forever cherished.”
—Brodie Van Wagenen, General Manager, New York Mets [Twitter]

“He did everything out of the kindness of his heart. He never bragged. All he wanted was to just make people happy.”
—Amanda Vitale, Anthony Causi’s niece [Buzzfeed News]

For anyone covering civil unrest and whatever the news cycle might bring next week, here’s a two-pager of resources from a coalition of journalism support orgs. Stay safe, everyone. https://bit.ly/inauguration-2pager

Is it right for Twitter to shut down 70,000 QAnon-related accounts? What about Facebook blocking #StopTheSteal? Check out PEN America's take on these questions & more in this guide of FAQs on free speech issues raised by the insurrection on Capitol Hill: https://bit.ly/38CjOnz.