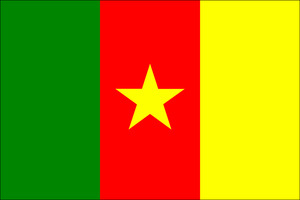 Six months ago, all charges against writer Enoh Meyomesse had been dropped, but he was not released from Kondengui Central Prison under an obscure, but oft utilized, section of Cameroonian law that allows for provisional detention. The public prosecutor used the provisional period to collect enough evidence against Enoh Meyomesse for a judge to convict him for seven years in prison and a 200,000 CFA fine (approximately $400), in what appears to be a clear violation of human rights and the right to free expression. The conviction is the latest humiliation in a trial that has seen Meyomesse placed in solitary confinement and suffer postponement after postponement during the legal process.

How did he get there? Enoh Meyomesse landed in Yaounde, Cameroon, after a trip to Singapore on November 22, 2011. As he deplaned, the national police detained him, searched his belongings, and accused him of stealing gold as part of a sophisticated coup d’état against President Paul Biya. A military officer interrogated him in the capital of Yaounde before transferring him to Bertoua, in the east, where he spent 30 days in total darkness in solitary confinement and was allegedly tortured.

Meyomesse was charged at the time with stealing gold from one of Cameroon’s gold fields, using the gold to buy weapons, and planning to use the weapons to overthrow the government with co-conspirators. Human rights groups, including PEN, expressed fears that the charges were little more than a ploy to jail a prominent member of the political opposition.

Enoh Meyomesse has published 15 books of poetry and prose and is a founding member of the Cameroon Writers Association. He has also engaged (unsuccessfully) in politics for decades, making him a target for retribution from the regime. In January 2011, he had his passport seized when trying to leave the country to report on the crisis in Cote d’Ivoire. In October 2011, he decided to run for office directly against President Biya in a national election, but the government claimed that he did not properly register and prohibited his candidacy. Biya went on to win a landslide election that U.S. Ambassador Robert Jackson stated was marred by “irregularities and shortcomings.”

Meyomesse was an easy target for the regime, experts on Cameroon suggest, because he was not of the monied class and he is from the same Beti ethnic group as President Biya, which typically supports the President. Meyomesse’s sentence is likely a signal sent to others that dissenters from the ethnic group, and indeed any dissenting voices at all, will be crushed. He has not stopped at Meyomesse either. His alleged co-conspirators were also sentenced, and they will now all unfortunately begin contributing to Cameroon’s growing body of prison literature. Nor is this an isolated attack on free expression. In October, we joined the Committee to Protect Journalists and Internet Sans Frontières to issue a critical report to the UN Human Rights Council on press freedom and digital freedom in Cameroon.

You can do something about this. Visit PEN International’s latest alert, which has addresses for you to contact Cameroonian authorities to call for Mr. Meyomesse’s release. Or, you can donate to Mr. Meyomesse’s legal defense at Internet Without Borders here.

We close with a stanza from a poem written by Meyomesse while he was in prison:

Portions of this post were selected from earlier articles by the author on Enoh Meyomesse on pen.org and Huffington Post. Translation from the French by the author.