How to Make a Bitch Give Up Beef 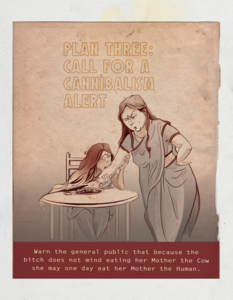 This week, we feature a satirical piece by poet Meena Kandasamy and artist Samita Chatterjee from The Obliterary Journal, an anthology of comics and artwork centered around the theme of meat-eating, published by Blaft Publications in Chennai, India. In 2012, lower caste Dalit student organizations at Osmania University in Hyderabad, India, organized a beef-eating festival to combat what they viewed as “food facism” in hostels. Beef has traditionally been part of the Dalit diet, and 1,500 people were fed beef biriyani as part of the festival. Right wing Hindu organizations opposed the festival on grounds that eating beef goes against Hindu belief. Violence erupted when members of the Hindu group Akhil Bharatiya Vidyarthi Parishad (ABVP) marched towards the festival grounds and were stopped by police. 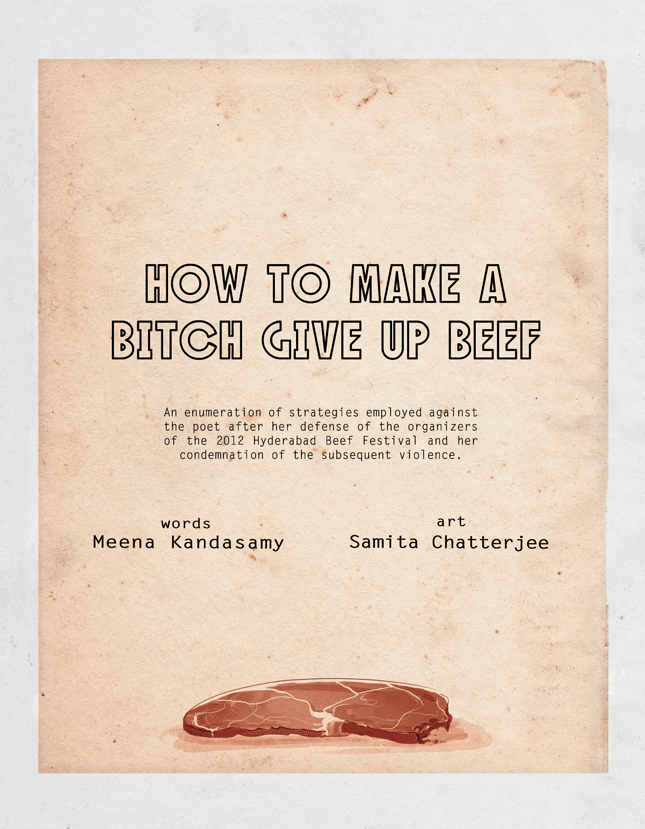 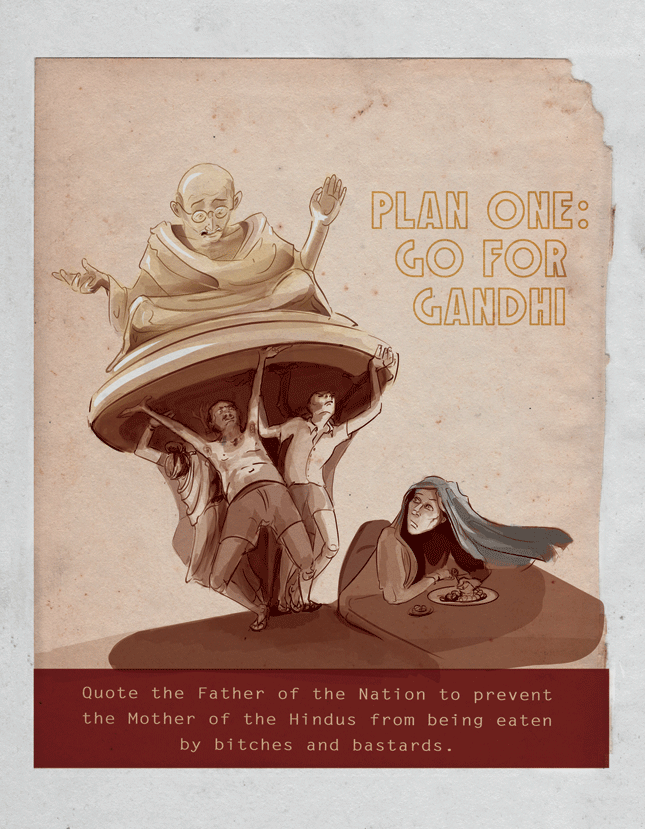 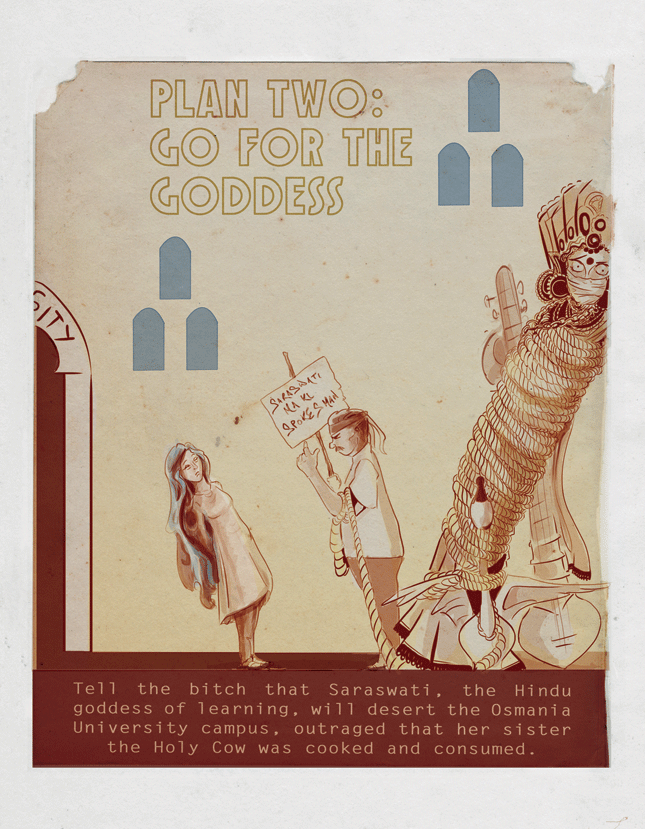 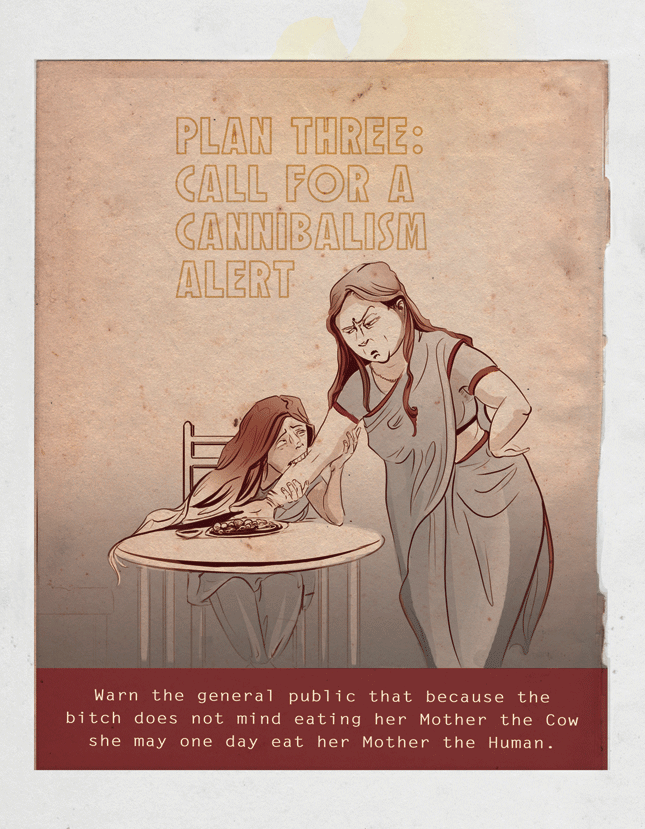 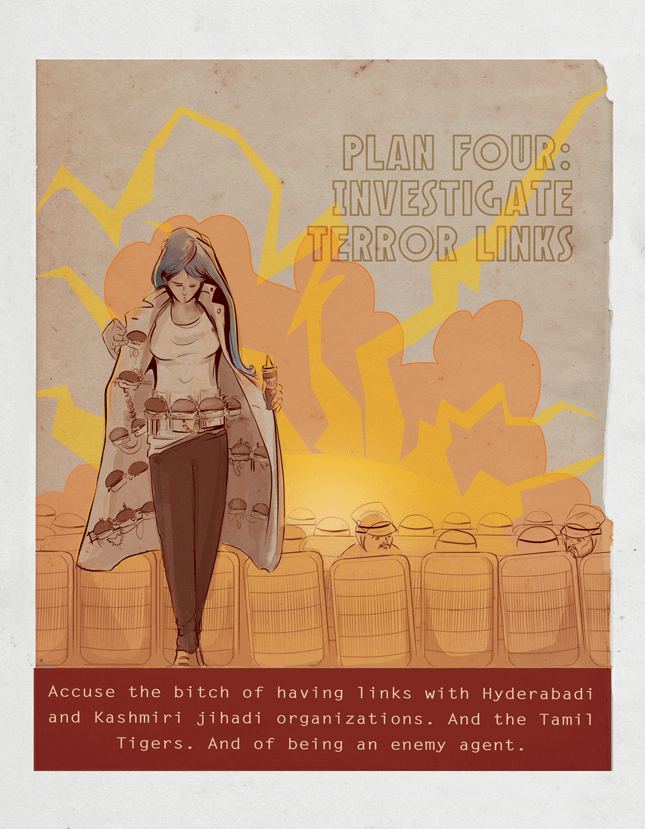 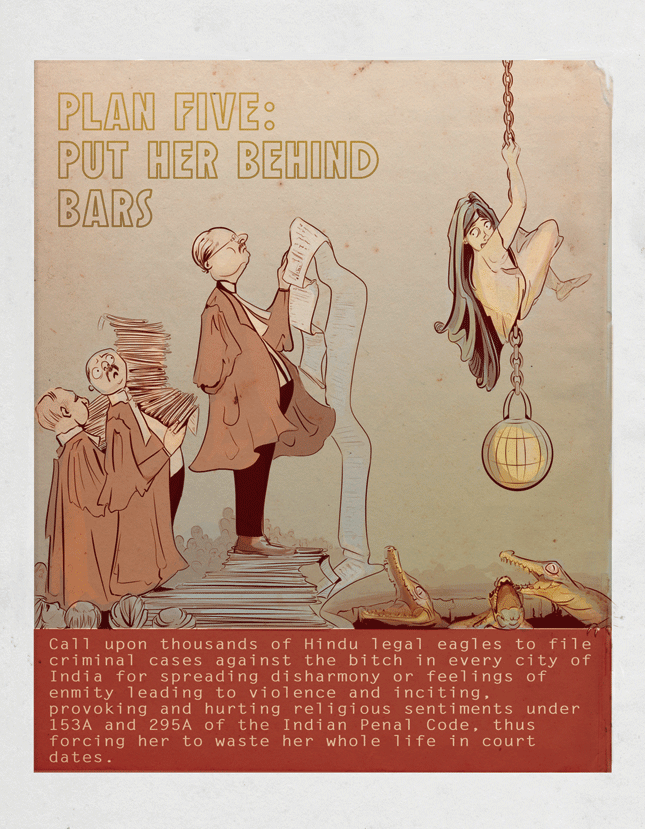 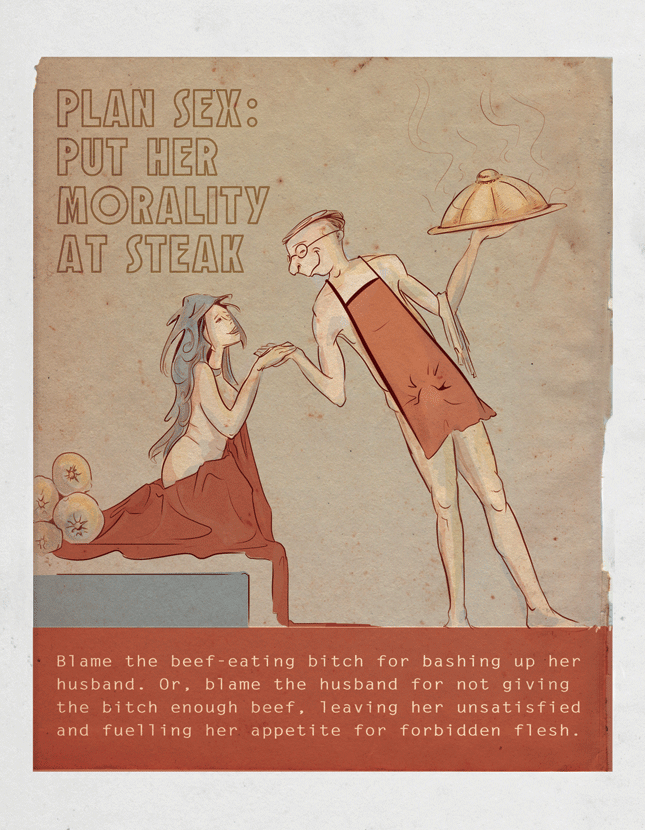 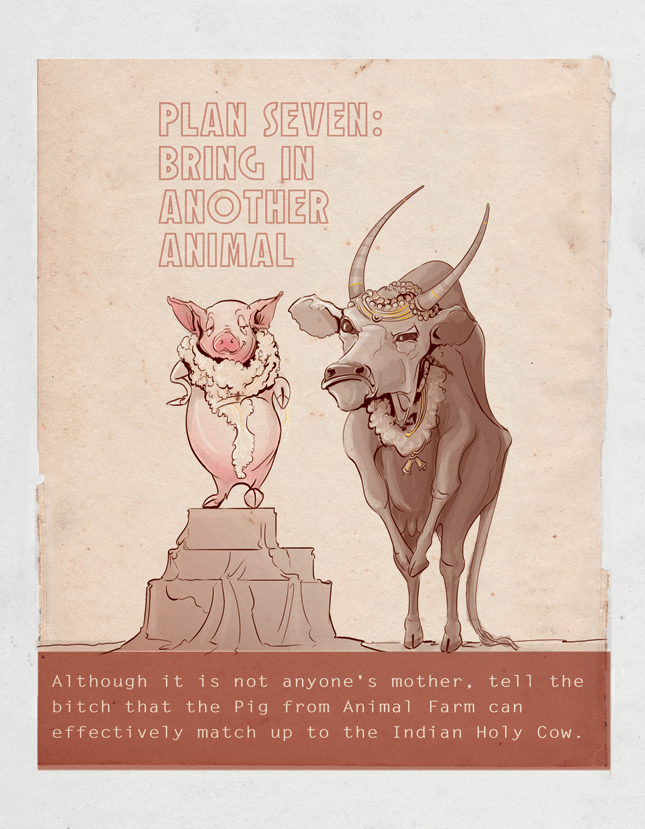 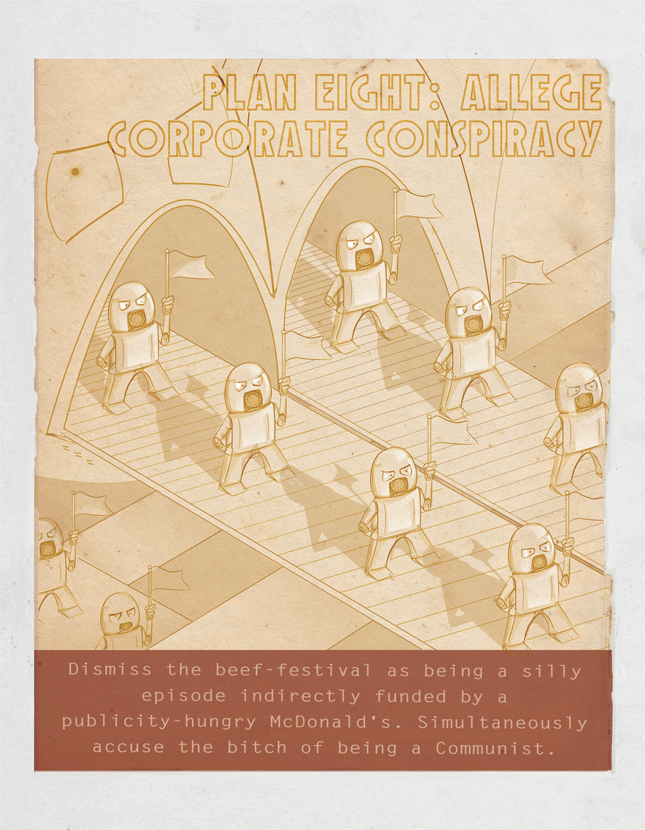 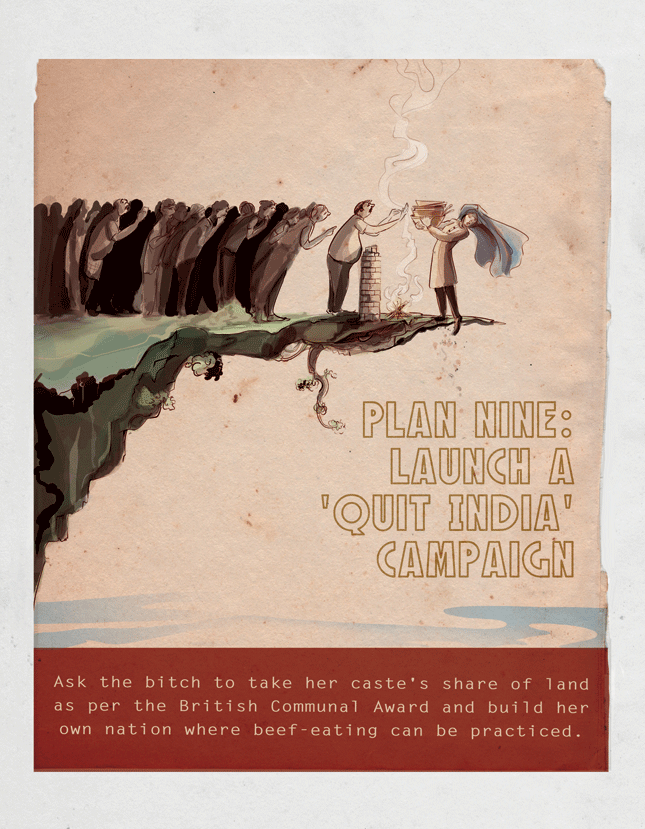 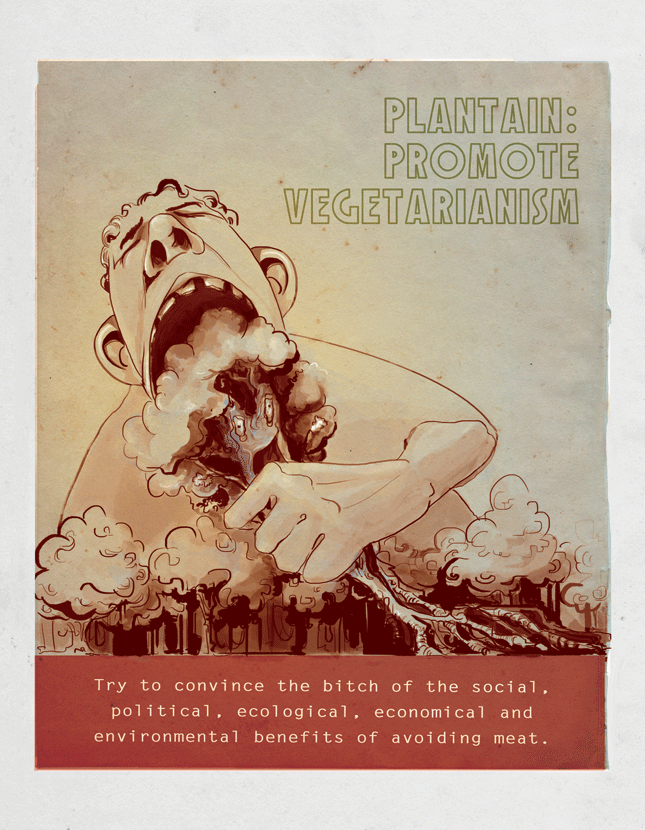 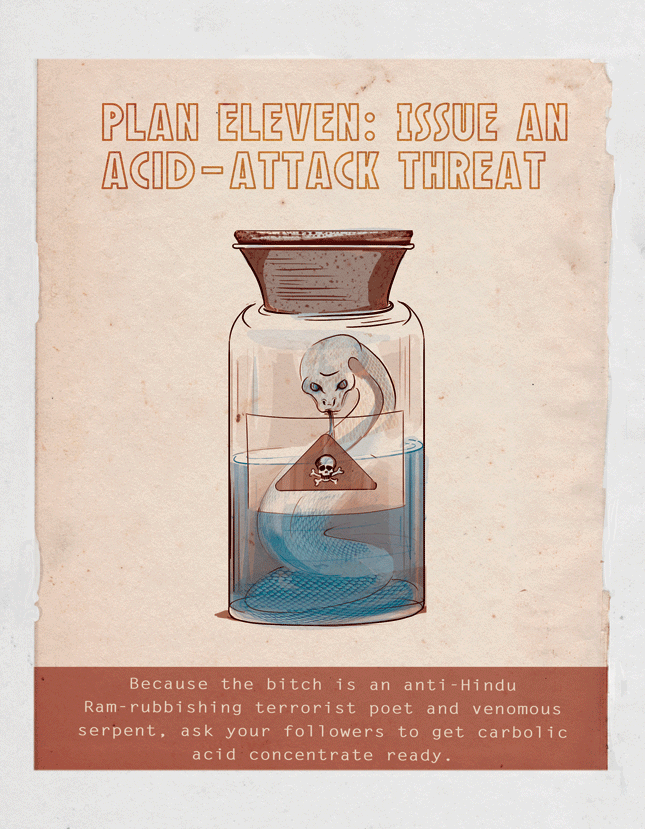 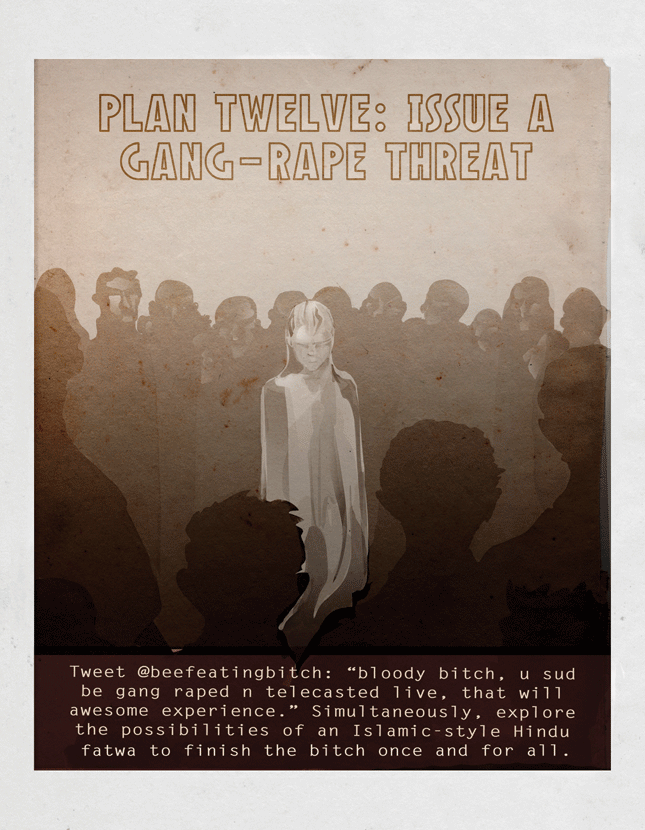 This piece is excerpted from The Obliterary Journal, Vol. 2, edited by Rakesh Khanna and Rashmi Ruth Devadasan, Blaft Publications, 2014.