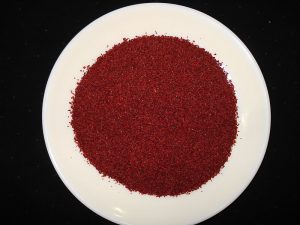 Today we feature an excerpt from Joyce Zonana’s grant-winning translation from the French of This Land That Is Like You by Tobie Nathan, a novel set in the Jewish quarter of Cairo in the early part of the twentieth century.

Zonana writes: This passage, from early in Ce pays qui te ressemble by ethno-psychiatrist Tobie Nathan, gives us a glimpse of Esther, the narrator’s mother, whom neighbors believe was possessed by a demon after a fall when she was five years old. Fourteen-year-old Esther is married to her blind cousin, Motty. Set in Haret el Yahoud, the poor Jewish quarter of Cairo, in the first decades of the twentieth century, the novel takes us into the world of indigenous Arab Jews whose lives are ruled as much by incantatory magic and dreams as by logic and religious orthodoxy.

The language, imagery, and politics of the novel offer a rare view of traditional Middle Eastern life before it was riven by the competing nationalisms of the mid-twentieth century. Muslim and Jew live here side by side and are nearly indistinguishable. As Esther thinks to herself in a later passage, “We live beside the Arabs the way a man might live beside his faith. Their Koran contains our stories, and our mouths are filled with their language. Why are they not us? Why are we not them?” Esther’s son, the narrator Zohar Zohar, is nursed by a Muslim woman; his “milk-sister,” Masreya (“the Egyptian”), becomes his lover when they are adults, and the novel recounts Zohar’s love affair with the country he reluctantly leaves after the 1952 revolution.

I have chosen to translate This Land That Is Like You because I find it to be an authentic, powerful representation of Egyptian Jewish life and an important antidote to contemporary narratives that insist on an opposition between “Arab” and “Jew.” I am myself an Egyptian Jewish immigrant to the United States. I have studied (and written about) the works of many other Egyptian Jewish writers. Tobie Nathan’s writing is exceptional in its fidelity to native idioms and sensibility. His is a voice we need now in the English-speaking world; the novel is both delightfully entertaining and profoundly informative, and I hope to play a part in making it more widely known.

From the very first night they spent together in the same bed, Esther loved Motty, the mysterious one. In the darkness, equally blind, they explored one another with their fingers, getting lost in the scent of their bodies. From the first night, Motty loved Esther, the wild one. They spoke little, whispering each other’s names. He exhaled into her neck; she inhaled upon his mouth, each depositing a fragment of breath on the boundaries of the other. She called him “my eyes,” she who was his eyes. He called her “my soul,” he who was her name. At daybreak, she kissed his hands, thanking God for having made her a woman for him. At night, she lay down first. He approached the bed and took her face in his hands while reciting a passage from the Song of Songs; he always ended by declining her name, “Esther, Queen Esther . . . Esther, the divine Ishtar . . . Esther, the Astarte of my nights . . .” In the morning, they rejoiced at the vision of a day won from the darkness. At sunset, they felt their bodies thrill at the prospect of lying down beside one another.

While Motty worked on the accounts of the smiths, Esther, done with her chores, sat on the doorstep of the house. Why did the women come to talk with her? Most likely they were conscious of the strange calm that emanated from her since her marriage—perhaps they sensed the earthly force that underlies all? The women brought a cone of grilled watermelon or sunflower seeds, set themselves up, and told Esther, who had barely left childhood, their female problems. They split the seeds with their teeth and spit up the shells between their lips, without using their hands, like parakeets. Esther smiled to herself, for the same questions were repeated: “How to restore desire when it had been worn out by disgust at pregnancies, everyday frictions, morning cares.” She always answered methodically. “First touch it,” she said, “touch it!” In Arabic, the word simultaneously means “touch,” “sensation,” and “feeling”; the language knows that the person who touches is also touched, and that you cannot touch without love. “You have to take his cock in your hand. All men are children. They had a mother who washed them, no?” And the women giggled, their heads in their zinc pots, which they called “zingo.”

One morning, one of the neighbors looked at her defiantly and retorted: “You think I don’t know how to transform the chicken’s neck into a stick, like our father Moses once did with serpents before Pharaoh?” Everyone laughed. Esther went further: “And do you know how to put the red spices in the sauce that moistens the rice on the eve of Shabbat?” “The red spices?” “But what spices are you talking about?” “The red spices, of course!” “You mean saffron? Or turmeric?” “Or maybe red pepper?” another added. One of them suddenly understood: “No! She’s talking about the spice that flows from women at the full moon, right?” And another one, the eldest, expressed her revulsion: “Ucck . . . Stop talking about this filth.” And here they burst into laughter again. It was then that Esther revealed her recipe.

“On the last of those five days, you have to take the last drops, when the blood is the darkest, and expose them to the first light of morning.”

“But how can you speak of such things?”

“Yes, of course on a plate. You should collect as much as the mark that stays in the bottom of a cup after you drink your coffee.”

They drew closer to Esther, asking her to continue in a low voice.

“You let it dry until you can reduce the blood into a powder, as fine as turmeric. One day is enough. Then you keep the powder in a dark place. It must not see the light. And then, there you are!”

And Esther allowed herself to be begged. It was useless for her to explain that they knew what followed, that it was enough to include the powder thus obtained—which was called, she said, “moon powder”—in the sauce . . . the others wanted a precise description. What sauce? With what ingredients? Did you first have to fry onions?

She agreed to add a few more details. You had to spice up the sauce, so that the husband suspected nothing. Along with onions, tomatoes of course, some red pepper, some saffron . . .

“And then?” they asked again.

“Just when you add the moon powder, you must recite a sentence . . .”

“A sentence? What sentence, my dear?”

She was silent. And the women drew even closer to Esther, who finally breathed in a low voice:

“The sentence from the Torah: ‘You are a blood groom to me.’”

She repeated it in Hebrew. Respectful, deathly silence . . . A woman who quoted the Torah—she must be either a man or a witch.

And the women tried Esther’s recipe, of course. On Friday, they prepared the dish without anyone’s help, hiding from daughters and mothers-in-law. Then, they went to the hammam, where they spent more time than usual. Slowly, they epilated themselves with caramel, rubbed their skin with a rough loofah sponge, made their hair sleek with henna, then perfumed themselves in even the most intimate recesses of their bodies with myrrh, frankincense, and oud. When they heard the afternoon call to prayer of the Muslims, they put on their blue gowns and burned incense throughout their homes. It is said that, on that night, the serpents proudly lifted their heads beneath the galabeyas of their husbands. The experience, frequently repeated, earned Esther a solid reputation as a witch. Soon, many were the women who came to gossip on the steps of her house at the hour when the lizards stirred. They brought her the most difficult problems. Cousin Tayeba, who had delivered five girls into the world, one after another, feared another pregnancy. If yet another daughter were to be born, her husband would most certainly divorce her.

His uncle was also his father-in-law.

“Of course he would,” another one replied. “Haven’t you seen how he ogles the little Narguess? She’s told me several times how he’s tried to corner her in the hallway that leads to the kitchen. The hallway, you realize? Beneath his wife’s nose. Of course he’s already thinking about remarrying.”

And, turning toward Esther, her youngest aunt, Tofa’ha, “The Apple,” asked if she could make a son come into Tayeba’s womb. What a question! The others seemed scandalized. How could this be? If she had asked for such a miracle from a man of God, like those one met sometimes on Yom Kippur, who spent the whole day and night praying and lamenting . . . Perhaps to one of those men, God could grant such a favor. But to women, who knew of religion only the stench breathed by the old stones, and whose actions, if you were to believe Rabbi Mourad, were nothing but idolatry and offerings to Baal . . . “It’s haram!” said the first, meaning, “sinful, forbidden.” “Haram, totally haram,” reaffirmed the other. And Tofa’ha concluded: “It’s because it’s haram that it might work, right?”

They no longer knew whether they should laugh or if they should be afraid. And so the women drew closer to Esther. She pulled back her hair and breathed deeply. What emerged from her was a physical force. To impose a sex on an infant, she explained, you needed to call upon the force of animals and the dead.

The dead? You didn’t utter such words. You didn’t say, “the dead,” even less, “death”; it wasn’t done. And when you spoke the name of someone deceased, you always added some protection. For example, you said, “My grandfather Soli, may God protect his soul,” or even, “Our-father-Soli-may-God-protect-us,” as if, since his death, his name had been modified, recomposed, augmented, transformed into a formula . . . It took a kind of demon like Esther to let loose such wild sentences, containing the dead and death, without worrying, without fearing the wrath of God. To ask for help from the dead? To use the power of animals? And furthermore, how the devil did she know this, she who had never learned a thing? It’s that the earth thinks; the neighborhood, the hara, the Jewish alley; the ancestors think and there are some souls that perceive all these thoughts. That’s what was going through Tofa’ha’s head.