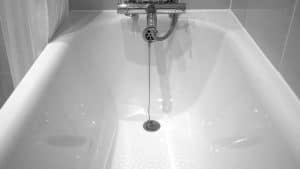 Today we feature an excerpt from Sophie Hughes’s grant-winning translation from the Spanish of The Remainder by Alia Trabucco Zerán, an elegiac debut novel about post-dictatorship Chile.

Hughes writes: The Remainder was recommended to me by the writer Carlos Fonseca, who urged me to read “one of his favorite books of 2016,” saying: “I really think you’re going like this.” He was right. Every now and then a book makes my fingers itch to translate it from the very first pages. Thomas Bernhard, Vladimir Nabokov, and Natalia Ginsburg have this effect (alas, they are already expertly translated … what’s more, from languages I don’t speak …). Other just as brilliant writers don’t. Probably, it boils down to how clearly you hear their characters’ or narrators’ voices, and I suppose translator–author chemistry is as unpredictable as that between two strangers across a crowded bar.

To me as a translator, Alia Trabucco Zerán’s novel presents several wonderful challenges, but none more irresistible than the voice presented in this excerpt: that of Felipe. Felipe and Iquela (who narrates other chapters) are twentysomething-year-old friends living in modern-day Santiago and plagued by the shadows that Chile’s military dictatorship has cast over their lives. The neurotic Felipe aspires to a perfect number, a sum that might give him closure after his father’s “disappearance,” helping him to answer a pivotal question prompted by Pinochet’s infamous torture mechanism: “How do we square the number of dead with the number of graves?” Felipe sets himself the task of achieving that number, that perfect zero, convinced that his particular brand of morbid math will close the book on his grief. Prowling the streets of Santiago in this extract, this disturbed young man begins an alternative death toll to the official count.

Trabucco Zerán’s language and imaginative technique are at times virtuosic. The musicality and idiosyncrasies in the original Castilian are not arbitrary, but rather are symptoms of her characters’ struggles to find their voices, and they present the translator with brilliant linguistic problems. Beyond the aesthetic impulses that led me to want to translate The Remainder, I am interested in (and my doctoral research relates to) literature that interrogates the suitability of the novel form to recount traumatic national pasts in Latin America.

Excerpt from Chapter III of The Remainder by Alia Trabucco Zerán