from The New York Editions 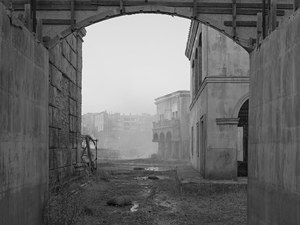 This week in the PEN Poetry Series, guest editor Brian Blanchfield features six poems by Michael D. Snediker. About Snediker’s work, Blanchfield writes: “Michael D. Snediker’s book-length project The New York Editions takes its title from a twenty-four volume set of Henry James’s fiction, for which, when it was collected and published in 1909, James himself wrote prefaces to each and every volume. Snediker, a deep student of Jamesian refinement (and queer affect), says about this remarkable self-retrospective that ‘we find James puzzling (both abashed and exhilarated) over what he’d made as a younger man….These prefaces are love letters to reading and writing at their least distinguishable from each other.’ In the following poems—counterpart editions—more than a hundred years later, Snediker is likewise a reader writing, engaged at once in creation and commentary, attendant but free lancing: triangulating with James’s novels and other discrete concerns—sometimes visual art, sometimes historical or mythical episode, sometimes lived experience. I’d normally say what we have in these agile, ingenious, prismatic poems is a sort of writing through Henry James. But I prefer the way the poet says it: ‘Thinking with James across genre becomes a way of thinking about doing differently, of doing thinking at an unexpected angle.'”

to the river where
he is drowning
mistranslated as

who keeps him
and his statues
in an underwater cave

to Rome where he does nothing but drink
himself to sleep on a cool stone floor.

The Portrait of a Lady
(Partial Concordance)

The scene had a charm.

Every one is a charming person nowadays.

Even I’m a charming person; don’t laugh, it has literally been said.

She would make a charming stepmother.

You just insuperably charm me.

The charm of the problem.

Hover[ing], inextinguishable, as a charming creature.

A charming walk to the water.

Under the charm of their motionless grace.

A charming vision of your future.

The remorseless tide of the charmed condition.

A horrid thing to follow, but a charming thing to meet.

His annual visit to the charming resort.

Her anxious eyes, her charming lips.

Pleased with the charming girl.

The charm he had taken pains to put forth.

An idiot? Not in the least; he’s charming.

When the charming woman was away.

When she said charming things about me.

The charming accident she had so long supposed.

A charming and precious Bonington.

To keep it out of harm.

No harm in her knowing what horrors she was in for.

All the harm you can do me.

No harm in my going on.

No harm in my alluding to it.

No harm but what you tell her.

No harm in surveying the field.

Near the threshold slim and charming.

Just after he had called her attention to a charming Constable,

The Portrait of a Lady
(Illuminated Manuscript 3)

with thrums as on
the back of

an arras
a hand

known only
after if

his golden
tender where

his sex
the one thing

a clearing
an ancient Florence

known only after
living in caves

the privilege
of impervious

too
broad to bear

The Ambassadors
(Midway Along the Pathway)

Your brain is a lunch bucket with an endless supply of
carrots. Each morning is seedless grapes, an oaty

square, the carrots in a small, waxed bag. Every once
in a while, fear descends like a groundhog sniffing air.

This is your impression of a Dreiser character in a
James novel. This is time, manly and pregnant as a

seahorse. And this is you, poster child for poster
children, blindfolded in a hanging garden smelling

vaguely of clothespins, touching things alive with a
wooden spoon. This is your future speaking, waiting

as on a balcony, and should ever you think of
returning to the world we broke to get you here,

imagine this poem as proof of having once so
beautifully gone out like a lamb.

During the Inquisition
Giambattista della Porta

wrote messages on eggshells
with a mixture of alum and vinegar.

Boiling washed away the alum,
and when the prisoner peeled the shell

the treasonous message was revealed
there in the white of the egg. Your love

sours the air it’s written on like ink
from lemons, time yoking the horizon

like the beginning or end
of a play. Breakfast eggcup, mouths

full of krill: from far enough
away, waiting for the other to breach the

fluke registers only as a little mist, pale
gray on gray.

The way a year ago everything took place. That everything’s grave for you
is what we take for granted. Because I think of everything you

never will. You forget everything. The truth of everything I say, in
exchange for “everything.” Everything she gave up,

it said everything. Under everything, in the warm rich earth, their
rightness, the justification of everything. Taking everything from her

as harmonious. For taking everything as it is, everything raised to his lips,
everything around him. Everything became coherent.

Everything fallen together, the grace in everything, your so much greater
knowledge of everything. I’ve done earnestly everything

I could. She brushed away everything, taking everything as everything
came. Did we do everything to avoid it? Was it the meaning of everything

else? “Everything,” she went on, “comes back.” If you knew that you
know everything. Everything broke up, broke down gave way, melted

and mingled. Everything and everyone but the Prince. He found
everything, for his interpretation, for his convenience, fall easily enough