By: Phoebe Giannisi Translated By: Brian Sneeden May 1, 2018 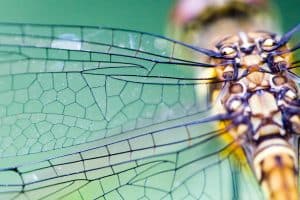 The following is an excerpt from Brian Sneeden‘s grant-winning translation of Rhapsodia by Modern Greek poet Phoebe Giannisi.

Sneeden writes: These poems have been translated from Phoebe Giannisi’s most recent poetry collection, Rhapsodia. Shortlisted for the 2016 Anagnosti Greek Literary Award, Rhapsodia contains over a hundred poems and is the culmination of a seven-year project incorporating film, public performances, and multimedia museum installations. As a book, Rhapsodia offers a poetic synthesis of Greek mythology, theory, and the body, while bringing a strikingly original voice to a literary tradition so recently reshaped by economic crisis.

What draws me most strongly to Giannisi’s work is not only its musicality—her cadences are built with internal rhyme and assonance—but also its intricacies of voice. The “I” in Giannisi’s poetry is never static, never a fixed point, but part of a process of rebodying the ambient. As the poet notes, the Greek word for “I” (εγώ, ego) is believed to have derived from the word for “here” (εδώ, edo). She writes, “Maybe also I merely lend my voice to here and it is here that is speaking,” and these braidings of animal, myth, place, self, and time in Giannisi’s poems are part of what makes them so regenerative, and gives them their unusual power to convince the way music convinces: without argument.

Do the wings itch as they sprout?
When from the belly’s opening
you first raised your head
and pushing from the pain
sprang into the light
to cry out,
were your eyes open?
Did you listen to their words
as they held, gently
your contorted body
gathered, legs tucked
and the day warm?
A woman giving birth
on the floor of her car—
is each growth
painful as the first?
Doesn’t one grow
at the same pulse, imperceptibly?
Or is it after periods of stasis
when motion seizes you suddenly
and you grow and are unbearably changed?
Do you cast off the old
like the flower its petals
in the dew that you suck,
again and again?
Inhabited
by night’s afflictions,
do you open your morning eyes
slantwise to survey the world?
You’ve gathered the stars, you hold them
in your hands, you scatter them
onto the earth and the sand
taller than ever,
you the tree
we fit inside your tiny shadow
lighter now, lighter

I.
The wind carrying voices
cools, ruffles sleeves,
travels to the hem of the dress
while over the asphalt
in front of the wheels
sparrow dances with the butterfly

II.
I open my mouth to speak
but my teeth clench
you a seashell
a hidden word
buried in the seabed
a mollusk
motionless in sand
with its antennas
twitching towards me

III.
Because the moment is inconceivable
not present at all
the “present”
“that which is here”
space in place of time,
the tongue speaks in absence

V.
For the hand that writes
the words
a voice speaks,
shares, assigns
bearing the thing that is most yours
and let it be borrowed,
shares time
in fragments
shares, prolongs
beyond all of us
stepping well and high
feet up, in rhythm
music
towards the other
opening
towards the sun,
pure longing
within absence
Apollonian dance

at the pier the moon
refuses its turn to come out