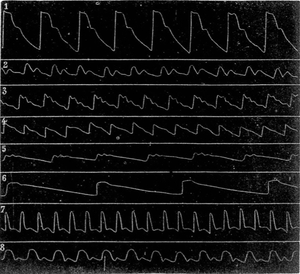 This week in the PEN Poetry Series, guest editor Brian Blanchfield features an excerpt from a poem by Jena Osman. About Osman’s work, Blanchfield writes: “No one in recent years has made more of poetry as a platform for inquiry, for essayistic investigation, than Jena Osman. Her subject—in Corporate Relations (which explores the precedents for and ramifications of corporations’ personhood in Citizens United) and Public Figures (much of which is ‘seen’ from the eyes of public statuary in Philadelphia)—has been the monstrous animation of the institutions we create. Here, in this excerpt from a new work, Motion Studies, a reverse dynamic is under scrutiny: the stopless conversion of internal life (pulse, breath, heat, neural activity) to external data legible to processors. Osman’s brand of researched essaying and imaginative exploration comes to mind when I think of what Wallace Stevens said about how the artist ‘may be’ in relationship to her subject: ‘its inhabitant and elect expositor.'”

Track One: The Pulse

watch myself live
in a line

The 19th century physiologist, Etienne-Jules Marey, began his research in the age of vivisection. In order to understand the body’s “vital forces,” animals were being cut open alive. Marey wasn’t interested in this method of research—not only was it cruel, it relied on the distortions of human perception, on metaphysical suppositions rather than empirical knowledge. Marey wanted to understand the mechanics of the body without interference. He knew that every function of the human body, no matter how hidden in the folds, created movement; he simply needed to find a way to translate those movements to paper, turn them into text that could be read, data to be analyzed.

They had struck gold; they had won the right to be forgotten. The ticket granted them that. All they had to do was sign on the dotted line and then disappear into the sunset, onto the horizon, around the corner, into the mist, over the rainbow, into complete silence.

But for their breath.

The noise of her pulse. Of his. Recorded in a line.

They draw a breath and it’s made visible,
They have a thought and that’s visible as well.

[to ward off the tracker]
[to escape the sensor][the reader]

Marey’s father wanted him to be a doctor, so he went to medical school. His thesis was on the circulation of blood in the body—particularly the second part of the pulse, the rhythm heard when the heart’s cavities dilate and fill with blood. After graduation, he tried to set up a practice, but it failed, so Marey became a “pure” research scientist. He created a number of instruments; the first, invented in 1859, was a graphing tool called a sphygmograph—an early precursor to the blood pressure cuff. Five years earlier, a German physiologist (Karl von Vierordt) had made the first sphygmograph; Marey’s version, however, was lighter, portable, and created a readable output; as a result, it won a big prize from the Académie des Sciences and Marey was invited to demonstrate its workings to Napoleon III. At the demonstration, the device detected an irregularity in the heartbeat of a courtier, who then died a few days later. Marey’s reputation was sealed.

The sphygmograph worked by pressing one part of a lever against the pulse in the wrist while the other was connected to a stylus. The stylus then traced the pressure of the blood in the artery onto a sheet of paper. As the blood expanded the artery, the pen moved upward; as the artery relaxed, the pen moved down. Reading the heart via the “graphic method” was a matter of understanding the variations of curves.

An eye blinking becomes a landscape.

She remembers him in his suit, in a hospital bed, sleeping.
The machine by the bed traced his breath and pulse.
The charted lines became an ultrasound.
The fetal shape became a shoulder of meat.
The shoulder of meat became a foot.
The foot became a heart.
The heart became a skull.
The skull became a face.
The eyes in the face were in the rear view mirror,
framed in the mirror.
Rain hit the windshield.
The windshield wipers waved back and forth,
left a trace of themselves from every position.

She found him, a transparent man who lives more as a trace, a clue, data: an experimental animal. She is the same, though opaque. They ran.

As the blood moves from one chamber to another, the pulse communicates with a graphing machine. In this way what’s inside is brought outside, and you can watch yourself living. Your body writes a script. 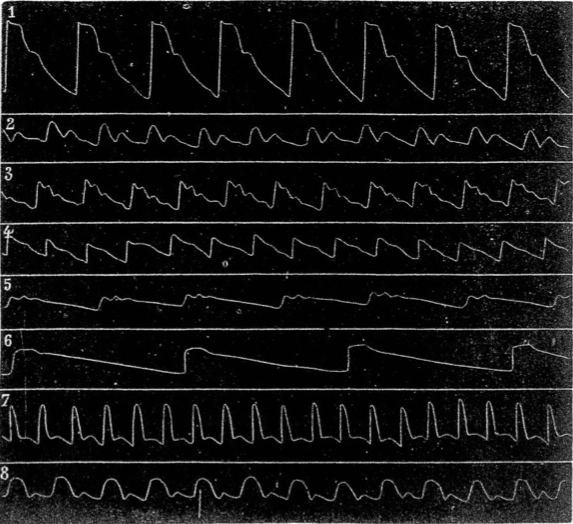 To disappear beyond the company horizon; she knows a guide who can get them there. There is a tense meeting in a coffee shop, pre-screened for infrared sensors. The guide shows up in a teal tracksuit, conspicuous, too many devices clipped to the waist.

As they listen to the plan, he can feel his heart start to race. She senses his flush, looks quickly to the guide to see if the flush is picked up, if transparency has been compromised. The guide (oblivious, or faking oblivion?) unfolds maps. Topographical lines in black, plum and tangerine. This is safest route in. This is the next best option. Special equipment might be needed.

Though he has practiced stimuli resistance, he feels his brain emit a strong electrical surge, his fever pitch. Is the map in fact a probe? Is their position now compromised? His paranoia is getting the better of him.

The guide explains the topographical key: Black for flat valleys, plum for steep slopes, tangerine for peaks. Not recommended for solo travel. Does she have a partner?

The 19th century was crowded with graphing machines:

Cardiographs, to convert the intensities of your heart to a line on paper.

Thermographs, to convert the intensities of heat changes in your body to a line on paper.

Pneumographs, to convert the intensities of your breath to a line on paper.

Myographs, to convert the intensities of your muscular contractions to a line on paper.

Polygraphs, to convert the intensities of your pulse, your heart, your arteries, your breath, the contraction of your muscles, i.e. the truth, to a line on paper. 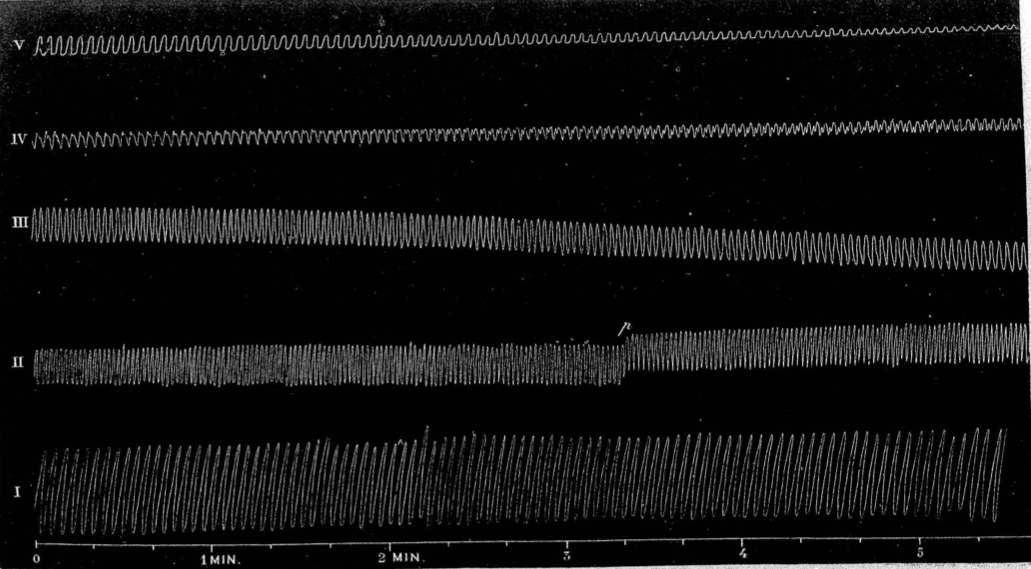 Everything inside has its own language, and in this way the invisible becomes apparent through orthography.

The guide hands her a pair of glasses which provide a promotional hologram of what is on offer. As she takes it in, he keeps his eyes on the guide. Although not visible, he tries to relax his jaw, knowing that when the jaw isn’t relaxed, what is produced is a tell.

She sees hills in the background and crags laden with ripening grapes. She sees Poseidon motioning for her to come closer, then much closer, whispering in her ear about raw force and new energy and abundance.

She sets the glasses down on the table and tries to relax her jaw. She keeps her eyes on the guide as the terms of the transaction are explained. Transport into safe untraceable space, new wilderness, on the condition that she wear a wristwatch device.

His inner body screams at the contradiction: disappearance but only while uploading data? The hydraulics of his circulatory engine switch into overdrive. Vital force. The flush starts to spread like a poison, preparing to give him away, the folded corner of a page. He needs to slow his respiratory rate, thin the blood volume, slow the pulse, calm the skin to flat transparency.