By: Alexander Ilichevsky Translated By: Michael Gluck May 1, 2018 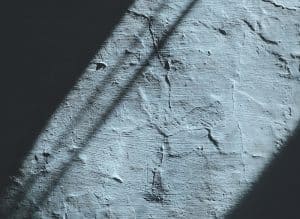 The following is an excerpt from Michael Gluck‘s grant-winning translation of Matisse by Russian novelist Alexander Ilichevsky.

Gluck writes: When it won the Russian Booker Prize in 2007, Matisse marked the return of the philosophical novel—in the rich Russian tradition of Dostoevsky and Turgenev—to the fore of Russian literature. Like his predecessors, Ilichevsky is concerned with individuals’ spiritual and philosophical journeys in the context of the tumultuous 1990s in Russia. While Matisse is an eventful novel, Ilichevsky’s narrative style is elliptical, his prose impressionistic. The book abounds with precise and illuminating descriptions of Moscow sites both beautiful and dilapidated, the storied Caucasus region, and the experience of traveling around Russia by train. The novel grows into a metaphor for Russia as a homeless nation, groping in the dark, unable to find meaning in its new existence.

This excerpt includes the (almost certainly invented) backstory of a homeless raconteur named Vadya, who will later coax the protagonist into adopting his transient lifestyle. Vadya’s inveterate storytelling blurs the line between writing a life and living it, so intertwined are the two acts for him. It is also an excellent example of the novel’s distinctive juxtaposition of complex sentences and high style with the language of the uneducated.

Vadya’s biography was as much invented as it was true. There were so many blown-out-of-proportion intricacies to remember that he had long ago lost sight of the facts. A dull interlocutor with an apparently guileless respect for the truth once responded to these noticeable inconsistencies by saying: “Well, who knows. That must’ve been how it happened.”

A biography is a line, or rather, a broken line—the hieroglyph of a life, however crude—a bum’s only property. They protect and cherish their stories about themselves as in ancient times people protected and refined sacred narratives. The story of what happened to them is that irredeemable coin, which they use, as a matter of course, to pay for a place among their own kind, to share a smoke, alcohol, food, warmth. And the more solidly, unexpectedly, opulently put together their wagon, the more flourishes and details to the hieroglyph, the higher the price it fetches. Those who are silent, incapable of coherent speech, of being interesting, beguiling, bemusing, survive only according to their own strength and health, or lack thereof. Others call these bums “morsels.”

It’s not the case that those who have never read a newspaper or watched TV have a more genuine understanding of the world. But the myths that feed their delusions are as unique as their origins. By first following one whimsical fairy-tale, then some other artlessly implausible impulse, you illumine a striking truth about the world. Although it will—like all truth—be a barbaric projection of a nonexistent verity that nullifies the very concept (the way a shadow often distorts an object’s image beyond recognition), within these constraints it will nonetheless be impossible to ignore, unlike generalizations, which border on lies—categories imposed from without rather than born within.

For example, where else could you hear what Vadya would tell a new acquaintance right off the top of his head. That there was an old man in Gagra, a terrifying guy, whose hands seemed not to be his own, black as coal, and, though gangrenous, he could bend them deftly, into a death grip, pull out his throat with two fingers if he wanted to, just so that this old man, a Greek or something, could then disentangle it. He could tell you how the birthmark on Gorbachev’s forehead grew and grew to the point that it grew into Russia itself. Here, if you look at a globe—the shape and size match perfectly, one to one. It was only after the birthmark had fully grown that Gorbachev lost power. And now whoever rips it off his forehead will rule Russia.

And, after a pause, he added:

“There were lots of Greeks who hung around this old guy hoping to kiss his hand. Saw it with my own eyes. But he wouldn’t let just anyone do it, not everyone was worthy. And if you did kiss his hand, then no part of your body would ever decay in your lifetime, like a spell,” Vadya began to gnaw on his fingernails.

“Nope. Never got to. The old man wouldn’t allow it. That’s how it goes,” sighed Vadya.

Being inarticulate, on her own Nadya would have been doomed to stagnation followed by a quick death. But Vadya’s mouth was more than enough for the both of them.

His biography stemmed from two streams: one remotely metropolitan, the other south Russian, mountain-steppe. Animated, playing up the first stream for his audience, he made his way by fits and starts toward the uncharted mouth of the river: he’d either been born into the family of a Novodevichy monastery watchman or was an orphan left to the local sexton by his dying mother. An unbridled childhood, a pretty river valley, fishing and rafting, lizards on warm gravestones, nightingales among the lilacs and in the linden trees by the pond, camping in Sparrow Hills, beneath the girders of the Metro Bridge, on the Andreevsky church grounds; the fragrant dusk, the rambling Lenten tongue-twister of the sexton, being anointed at his baptism, the red-faced father catechizing—cornered, everyone had come: from policemen to icon restorers. And soon he arrived at the first stop: in vocational school already, studying to be a crane operator (“Ivanovets” engraved in minium on the fat yellow jib, a mess of levers in the cabin, which one?!). Currency speculators, icon fencers constantly milled about the inner precincts of the monastery—the abundance of excursions abroad attracted these types (loud tanned old men, waifish grandmas with purple dandelions atop estuaries of wrinkled smiles). Trying to entice him, they would ask “what’s your biggest dream?” hinting at the prospect of a new motorcycle. Vadya remained unexpectedly impassive. The sexton (or watchman) chose not to shelter his stepson, but bade him go with God. Given five years (he was meek), after two he left to go live beyond the 101 st kilometer (1 During the 1980 Moscow Olympics, “undesirable elements”—including the homeless, prostitutes, and returned political prisoners—were kept beyond a border 101 kilometers east of Moscow). 1 The village of Peski, near Voskresenskoye, he worked as a handyman at a cement mill, a scraper at the city dump, where rats nearly tore him to pieces, he laid low on a bulldozer; worked as the warehouse tally clerk at a reinforced concrete factory, fired from everywhere, he drifted between shared apartments before being thrown out of those too. And so it went. Doing odd construction jobs in winter: pigsties, barns, fences. Summer in the south. In Gagra he got in the habit of lending his services to some hustlers. A hearty life: hash, lavash and chacha, baskets full of grapes, the highlands, sun, sea (which he avoided like the plague). They had their passports taken away, work went fallow, he slept in a shed, dogs descended on him at night: no escape, no exit. One day at the end of the season they—the three young drifters—sat down to a full table after steaming in the banya earlier. Their host had had too much to drink and staked his wife. She wore a black bonnet, waited on them, thin, middle-aged. Her features suddenly froze, her gaze fixed on the unthinkable, not uttering a sound. When he’d finished drinking, Kolyanych, embarrassed, went after her, while the host went over to the other two. With a rifle. He dropped his pants and pointed the barrel. Staggering, he rested the butt of the gun against his head, his mouth open, a thick tongue tossing and turning inside, tormented. They barely had time to defend themselves. Luckily, hobbled by his pants, he shot and missed, putting a hole in the roof and blowing the shed door off its hinges. So they split, stumbling over ravines, avoiding dogs, in darkness, until, at dawn, they reached the sea and from there hitchhiked to Novoross. And that’s how Vadya ended up without a passport. One of the many woes of perestroika—fugitives from all over. It never occurred to him to get another ID. It was only when he was in danger of losing his life that he would bother to do something about it, to make the effort. And even then—not much.

Like a watchdog banished for bad behavior only to stray back to his native gate, Vadya settled into the park in front of the Novodevichy monastery. The sexton (or watchman) had passed away, his wife had died before Vadya was born, aunt Olya (“God rest her soul”—Vadya crossed himself slowly, broadly, solemnly pausing his story); the father had been replaced, the new museum staff—cultured people for the most part—scurried about, carrying folders as they went; flocks of nuns had turned up, fussing over something or other, sightseers had increased in number and noise. Some of them were drawn to Vadya’s heart-felt, wide-ranging oratory. But others, knowing that he was lying, that his story would never end, chose not to hear him out.