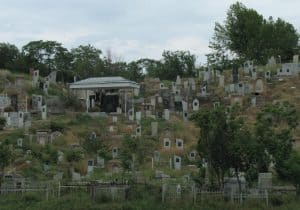 Today we feature an excerpt from Adam Morris’ s grant-winning translation of I Didn’t Talk, a novel by Brazilian author Beatriz Bracher. The translation captures the tormented reality and doubts of a self-reflective retired professor who was subject to torture three decades prior.

Morris writes: Beatriz Bracher is a writer of quiet yet formidable power. The elliptical narration of I Didn’t Talk circles around the void indicated by its title: a lack, a silence, a thing unsaid. The narrator of the novel is a retired linguistics professor who, decades prior, was jailed and tortured for his involvement in the social movements against the repressive Brazilian military dictatorship. Upon his release, he learned that his best friend and brother-in-law, Armando, was killed by the regime—and that their comrades and family believed that he gave up Armando’s name under torture. Troubled by the absences conjured by his surroundings and by the memories dredged up by the process of selling the family home, leaving his job at the university, and moving to the countryside, the narrator struggles to reckon with his past before moving on. He must reconcile his own version of events with what others believe and remember, and with the alternative history emerging in the manuscript of his brother’s forthcoming autobiography about the years of their youth. Beatriz Bracher was a child when the Brazilian military toppled the country’s democratically elected government.

With I Didn’t Talk, she confronts the legacy of a bitterly divided generation: the gaps in stories, the faulty memories, the things left unsaid. Thirteen years after its publication, authoritarian repression once again threatens Brazil. In these uncertain times, Bracher’s novel of regret, loss, and the betrayals of memory stands as a powerful reminder of the trauma that haunts the nation’s past.

Yesterday I went to the cemetery. I like old cemeteries, the chapels and mausoleums, the letters they use on the grave plaques, the epitaphs. I like the dates in particular. I lamented that Eliana wasn’t here, in São Paulo. Her name and her dates. When Lígia was little, we used to go for walks in the city cemeteries. She liked the one on Dr. Arnaldo Avenue the best. Maybe it was the row of flower stands, but I think it was mainly for its narrow little streets full of monuments rising up the hill, like houses. Sunday is always a nice day for cemeteries: There’s more people and the world is much calmer in general. Lanes for strolling slowly, where strangers greet one another, where you can stop and be still and quiet without causing alarm. Lígia would run around within a radius of me that she considered safe, spinning round and round. We’d buy flowers at the entrance and she’d place them, one by one, into the little vases on the graves she liked best, like the breadcrumbs we fed to the fish in the park one Sunday. Lígia imitated the gestures of the older ladies posed before certain graves, kneeling and murmuring with her hands brought together near her mouth. She had it down, the way those murmurs were like little kisses that the women placed in their hands: My daughter did the same, sometimes with devotion—her eyes closed, her brow creased—other times just for fun. One day I saw her standing in front of a grave looking very serious, her posture erect, her hands clasped behind her, her head tucked low over her small breasts. Watching from afar, I saw that she was imitating a tall and elegant man who was meditating before a tomb. The man then threw his head back, let out a long sigh, crossed his arms over his chest, and let his gaze wander across the sky. After a while he clapped his hands together, rubbed them against each other, and went on his way, distracting himself by reading the neighboring inscriptions. Lígia repeated all of his movements and I found it funny. From then on she conducted the ritual she learned from the tall man for the graves she considered the most important. For the humbler ones she performed the old-lady routine: She would kneel, kiss her hands, and get up again as though they were steps in a dance. The tall man’s clap, which he had done only once to mark the end of a thought, was transformed by Lígia into applause. Dances, kisses, claps: The homage my daughter made to the dead. Maybe in a park I wouldn’t be able to tolerate our daughter’s mockery, but on hallowed ground her laugh couldn’t wound me.

And then there were the stories. She would ask me to read the dates, the names. We’d figure out their ages when they died and make up their life stories. Lígia asked me to look for children. She fancied that they were children like herself and her schoolmates. Maybe he went to play on top of a wall and fell off? Maybe a bad wolf ate her? Or she drank tainted water from the faucet? With old people, she imagined along the lines of her grandmother and her grandmother’s friends, especially Dona Josefa, a neighbor whose arms were spotted, dry, and wrinkled—something Lígia always noticed. The old ones were always kindly, they gave presents to their grandchildren, told them stories, drank water slowly, but they kept getting older and older and older, so old that they couldn’t hear any longer, couldn’t see—they hunched over, turned into frogs, and died. I pointed out the people who came to visit the graves, probably their relatives. I told her that maybe the dead had looked like them. But Lígia preferred her personal archive.

One day she asked to see her mother’s grave. I explained that it was far away. But why? Because she died far away. But why can’t her grave be here? I’d told her that tombs were monuments that people make for loved ones who had died. It was a way of feeling closer to them: When we read their names and dates, we remember their lives and how nice it was to be their friend. Like a photograph, but better, because they always stay in the same place, where anybody can pass by and read the names and dates and remember nice things. But I hadn’t said the obvious: that their bodies are buried beneath the markers. I could sense that Lígia didn’t know. How could she? Two self-conceptions struggled inside me: that of the educator, in the sense of he who protects and nurtures, and that of the traitor, he who hands something over, transmits knowledge. But what kind of knowledge was this anyway? The putrefied cadaver of the mother she’d never known? I swallowed my pride, wishing to conserve for what little time I could my happy ballerina for the dead. For the memory of the dead. I said, it’s true, you’re right, we’ll find your mother’s grave. The next Sunday I took a box of colored chalk and wrote Eliana’s name and dates on the grave under which Armando, Dona Esther, and my father-in-law, Estevão, lay buried. Lígia drew little flowers and hearts. On our next visit, the name was already erased, so we decided to write it again with a piece of metal, scraping it into the stone, Eliana Bastos Ferreira, 1945-1970. I was happy with our work, cheerful even: It was child’s play, a foolish thing, and there was Eliana, with us.

Once, when Lígia was five or six years old, she brought a friend home. I proposed that we visit a museum or a park. I suggested Butanã, but Lígia wanted to show the cemetery to Francisca, who was excited to see it. I could tell it was something they’d discussed for a while. Later, at the entryway, each one with her flowers, they took off running. Lígia stopped in front of certain graves and told her friend stories that I’d never heard. Princesses, Japanese ladies, and witches. The cemetery was her first library: each tomb a tome. The stories always ended with a flight through the heavens. And then she died and became a bird-person and flew away. Her mommy and daddy got sad, because regular people can’t feed bird-people, they can’t take them to school or put them to bed because they fly away and leave them. So they make graves for them and come here to talk, and the little bird-daughter tells them things that only she can see. Francisca was laughing, doubtful. But what about ghosts, aren’t you afraid of them? Of skeletons that come up from underground and wear dirty rags and walk like this, uuuuh, uuuuh! They’re stuck here underground, aren’t you afraid of dead people? Lígia laughed loudly, that’s silly, they’re not real—and looked at me to confirm. The oldest meaning of educator is to pull up, to draw something out: a sword from its sheath (gladium e vagina educere), a child from the mother’s womb (educit obstetrix). The transformation of her laugh upon realizing my deep sadness. But I’m right here, Lígia, I’ll always be … my gaze tried to complete the thought, but she could no longer see me.

If it were possible. My story perceived as a thing, without words, without voice, but apprehended whole, solid. She’s going to ask: Where did you go to college? Why did you choose education? Which professors left an impression on you? Where do these concepts come from—the importance of prison? Of the social movements? What can I say about Lígia’s expression when she saw her first burial? When her understanding finally linked the deceased to the corpse, memory to rot.