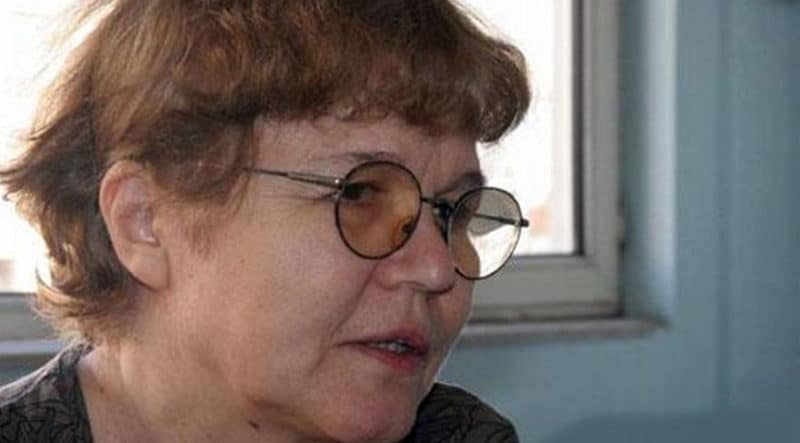 We the undersigned translators, writers, editors, publishers, journalists, bloggers, artists, and free expression advocates around the world, in solidarity with the Turkish Association of Translators (ÇEVBİR) and with the support of PEN America, PEN International, English PEN, PEN Turkey, and the Conseil Européen des Associations de Traducteurs Littéraires (CEATL), are writing to express our concern at the arrest and imprisonment of translator, editor, critic, author, and linguist Necmiye Alpay, and at the crackdown on peaceful dissent in Turkey in the wake of the attempted coup of July 2016.

On August 31, 2016, as part of an ongoing investigation into the closed daily Özgür Gündem, Istanbul’s Eighth Criminal Court of Peace ordered the arrest of Alpay on charges of being a member of a terrorist organization and disrupting the unity of the state. She denies all charges against her. We believe that Alpay is being held solely for the peaceful exercise of her right to free expression and we call for her immediate and unconditional release.

Alpay received her B.A. degree from Ankara University and her Ph.D. degree from Paris University at Nanterre. Her translations into Turkish include works by Said, Girard, Ricoeur, and Marchand. She has devoted much of her career to improving the quality of written Turkish, and has penned several books on the subject. She has also worked as an editor for various periodicals and is a regular contributor to several newspapers.

Necmiye Alpay has always been a staunch defender of free expression and a voice calling for peace. As such she was a member of the advisory board of the pro-Kurdish newspaper Özgür Gündem, a position she held as a symbol of her support for free expression. On August 16, the Turkish state shut down the newspaper temporarily for “supporting terrorism,” and since then, everyone involved with Özgür Gündem has been under investigation. Turkish officials have charged Alpay with “being a member of an armed terrorist group” and have imprisoned her awaiting trial, on the pretext that “she might flee.”

Alpay is just one of many academics, writers, and journalists who have been jailed awaiting trial. Her imprisonment is a politically motivated move by the Turkish state to silence voices calling for a peaceful resolution of the ongoing conflict. Minister Bozdağ, we urge you:

1. To release Necmiye Alpay immediately, along with writer Aslı Erdoğan and the other journalists and employees of Özgür Gündem who have been detained.

2. To stop your government’s suppression of peaceful dissent and free expression for individuals and the media, and to end harassment and persecution of intellectuals and other members of civil society who support a peaceful solution to the ongoing conflict in Turkey.