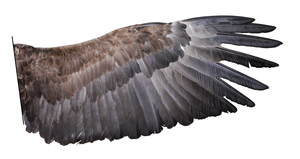 This week in the PEN Poetry Series, guest editor Dawn Lundy Martin features four poems by francine j. harris. About Harris’s work, Martin writes: “francine j. harris’s is the kind of gorgeous intellect that makes me feel much more than I am prepared for when I crack open the poems to experience them. I am sitting in a bed that is not mine, but is no one else’s either, at a writing residency, and then, a sound from my body, audible that only I can hear. Her poems dangle at the edge of reality, making eros so palpable and refreshed—that tension that Anne Carson makes vivid when she writes of the sweet next to the bitter and desire most excited in its unforeclosure. In harris’ fragment, an opening, an invitation. Stay with me a little while, in this wild and winking world, it says, I’ll take good care of you. It is a care of the strange where language is at its most invigorated and playful—truly, a poetry that helps us re-see, gestures we desperately need in the contemporary moment.”

He says papillon and you want to take
his word for it.  The thorax is missing its yellow wing.

What do you say when that happens. Muer. he says. He says you thought it meant
woman. But no, he says, and his chin. The slender proboscis drinks nectar.

Like a straw, you say. Yes, he says. Has one ever fallen on your sweat in summer.
won’t always get enough salt, from flower. The ocean, you think. Alive, he says

they are hidden in tree limbs, mimic the bark. You think: yeah, but the trees here
are rotten and burned. and it looks like a moth, torn. Others, he says, sniff the air for stem.

You want to ask: how many fingers to tear up the butterfly. But you know he’ll say
if they are only children, it does not count.  You would smoke from the wingtip

and flame the wing. You say the sun is shot here. Everyone’s on edge. He says
any excuse, you’d trap butterflies in tupperware and ask strangers dumb questions like:

What do you call it when a dead thing’s wing comes off? You say you’d tell someone anyway.
You say you’d get the crying over with. If it was a little girl in dirt, touch her sun-edged hair. Tender

he says, what doesn’t know how to treat limb’s fruit. The same to you. You want the one in the bowl
who has lost her articulated flutter. To stand up to the claws. To fight back. He says, you’d still

snuff it out. Ask any one. You say: your french words make me feel bad. You should ask
if he means it. If he means papillon you. Is he thinking of a dead one. one

that smells of fennel. What would he have called it when he was a boy
in the dirt. tearing wings in the dirt. He says, well then. then, who do we blame.

Against storm, against glib thunder
(after Timothy Donnelly)

When I was the red umbrella, her lover, I made a precision of hoist.
We understood stairs, my girl. We waited the hall, its curse, ‘til the sky
undid clouds, uncoiled in loose slip of rain and I waited for the first hushed sun
to pattern after a harp above her, a sure sign of song as tarp, a sun against
patter, against storm, against glib thunder rumble, against chatter, we rubbed.

When I was the red umbrella, her lover, I made a precision of hoist
and sold metal as a system of limb, as a static frigate to keep red gular pouch
above her, so she might know love as cover, such awkward inflation and
swarm below her that she might know the egg of warmth, a nest of articulating
spread. Without rust. Without the gait of heavy chest to lift off her in the sun.

When I was the red umbrella, her love, I made a precision of hoist among her.
I stood down when she had an army of metals, when she claimed command, armed
with finches, mad with rain. I would never invade any cover for shelter. I never put
her country at thirst. I wanted to leave ranks loved, or wet, depending on the map on
which artillery she wanted posed. I snapped, whenever. Whenever she snapped.

When I was the red umbrella, her love, I made a precision of hoist. And got
so good you couldn’t see me erect. Prone I arched like the snake of a vine, the bank
of a tree limb. I gathered moisture from air and I put buds in her black wrath
of hair. I wanted all bees to swim us, roped through breeze, our spiny ribs licked
into a sway of combs they stung to. I wanted us open. So she could see me drape.

You have not gone up against the plaster wall
with real plastic forks, lately, or ruined much dental

work with the metal studs hanging too fat and too quick
from your bleached Hanes, or let the overturn of your cock

skinny Texan as he speed eats gummy worms, and slinkys
on commercial break, in a frame ad, then back to themed water

parks, with slip tubulature, like jellied condoms, like sweet
shower liners, such that the gaunt contestant stuffs

rough napkins inside his cheeks to keep. This is that kind
of room. It sounds like pink air conditioning. Such as the sort

is worn out. Who has white fun anymore. Pink
fiberglass, insufflation. When girls ring

the downward door, you venge binge on their teeth, sucking

and hollering fuck, come. You complain of night terrors.
It’s such faint panic. Such wicker basket frantic while the sound

of Amazon’s stick gets lost in the powdery mattress pads
like a Utah runway buffering white planes. You have large

salt bags bloating. a pillow between your legs, and a plated
grin. which burrows with its white mint, digs. eyes like peeled

white carrot. In each window, white mayfly, dead
infest, stuck to the top of your lip until you spit.

Despite the sag and stitch of brown shoes in the corner, morning

people. and a man at the window says:

You made no sound coming to bed.

In another room, the beds are made deep
blue and quilted over thin sheet, but over deep black
spring of which keeps no silver, all industrial foam and lift
and layer of chemical gel and plastic casing. painted
caster on heavy roller denting thick, carpet, and here I am

on one side of this bed,
stitching a doll’s head back together.

A friend says she has a student with theories
on being erased. This is back before old. before people. before room.

ask. ask nice. ask backwards. This is back
about a safety that is mostly coincidence, in other words

to say yes settles against a chair in the corner, at any age. This is back before
begins a long walk and a long walk ends

with whistle. or hum. There are studies suggesting we talk to ourselves imperceptibly
in a low hum.  drag of one shine
like shoeshine whistle on leather
or shoe in a mirror.
or one pink shoe on a church pew. or one gold-edged shoe
up against a ringer washing tub. or one ballet slipper, this is back before,

I didn’t finish that sentence. What I originally thought was,

isn’t this some fucked up ploy to gender our bathrooms working its way into my hotel room.

There’s a man in my bed and by day, his glasses say safe. Instead

I wind up stumbling over the edge of cobbling, dumb ox
into foot mirror for someone offering

to hold up one leg, to keep up the pirouette, until
until they can come.