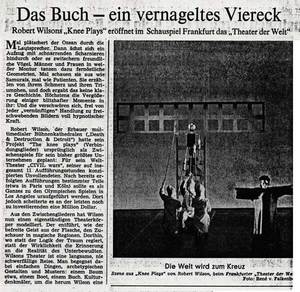 Today in the PEN Poetry Series, guest editor Maggie Nelson features four poems by Brian Blanchfield. About Blanchfield’s work, Nelson writes: “Brian Blanchfield’s rigorous, beautiful, and complex poems turn grammar and syntax into a high-wire act, revealing and dramatizing the tensions inherent in sentence, line, etymology, and speech act. They ask us to re-discover our language as we discover what and how his poems mean and sound. His poems have an earned reputation for their circuitous elegance and conceptual probing, by which he pays homage to the complexities of our language, our living, our landscape, and our loving. These poems come from his second collection of poetry, A Several World, forthcoming in March 2014 from Nightboat Books; an amazing book of prose, titled Onesheets, will soon follow.”

What booth is this? The last was a plastic gallows.
In the teach me to kiss booth, you paid your dollar
to promote, when prompted, a theory. Advised me about
standing close and touching him who might next enter
in such a way that draws contrast, rough and smooth,
cool and warm, maybe the heel of the hand and thumb
at the neck if the collar is open and the fingertips two
three four, but never anything about the mouth, and then
it was time. I back exited through the heavy drapes
and opened shop next door.

What booth is this?
In this booth I have rescued a dovekie but it will not eat.
As the tub fills I need you (tore your ticket, right?)
to surrender two of the goldfish from this bag. I’ll be
back in a minute. The last of the sun is pinkening
the ridge beyond the fairgrounds, and I’d like to see.

What booth is this? Keep moving everyone.
Careful of the gourds; they’re pursing. I’ve handed over
the last admission I can afford. Into this booth the branch
of a bean tree descends and in an eventuality
brought on by what yet I cannot say the armlong pods
burst with pellet shot pressure and release seeds such as these
embedded in the board behind you. The next booth
is one I have to man for someone. An emergency. I’ll
meet you there.

Is this even a booth? In this booth there is
room for one. Get in here and hold me up.
I would fall without you. Why are we not told plainly?
What good as a booth is this, what booth if it be one?
Feel the first drop, as from a shearwater ocean bird held high
for miles on the cyclonic air, blown far inland, never
otherwise seen. The barometer is bottoming. This booth of
ours is an eye of the storm simulation.

At an intersection of lanes within a cemetery,
a corner quartered, a cardinal quad, a cross, from
above, the one star in the gloaming
bright in its area. Was that a yes? It had been
a day of winking receptivity. I looked up
the word fend to see if its stave and manage
meanings had separate derivations. Haven’t.
Manage, is it, one does in the little city
of a cemetery, to stroll its arbors
completely and return to the gates?
Come to know its mounds and overhang
shag semantics and compare
what cannot be known of shade
and piano stone and serenity in
the rest of Boston. Sat right here with
a feuilleton once, wet and dry in the rain
reading, happy to feel on the page
an every now and then thump of life
and keep the thread of the narrative.
Fend is only short for defend, of course,
whereas I had expected a fennel frond
or a foil or something inner forest feeling.
Who meant it first as doing without others
who might have helped? Jackson, Thomas.
1627, in his Treatise of the Divine Essence
and Attributes: they do not direct their brood
in their motions but leave them to fend
for themselves. Not far in you find
a place from which to view the broken
families, on the knitted moss and natural
gravel beneath the juniper and fir.
I wonder who they were.

(toad that doesn’t isn’t seen,
and neither toad that did)

then, before springing again,
seeps underground a while
through the theatre all canopy,

or in other news, in
a second life a hundred
feet higher than its earthen

What runs under us
and what transfers trees above—
instead, let it
embarrass our walk
past the boys like us expecting siege
on five ATVs: okay, togetherness.

The meantime expanse around, all that
Sonoran rubble run down from
constant mountains, against all that
always
the sometimes place, togetherness
withal, our riparian area: where
groundwater runs high and the creek
thirsty enough to orchestrate
even a willow against other
precarity.

Back in the jeep
in the news Josh tells
the canyon’s rumor of a jaguar
is triple-sourced in surveillances:
Game and Fish, the University,
and (tender footage) Homeland Security.

A lone male spotted
sipping, for instance, at the apron
of the ballroom-black process
pour:
a mining outfit’s
alpha test for its open pit.
The smelter drew, and
ballroom-large, the practice
slathered obsidian the level overlook.

The promontory is risk
and power, both, for this
lonesome monitor roaming, his venture
careful under new moon even. Tonight

too, Kimi showed me, where by
day I watched those blotted, jointed ants
black as the miners’ manufacture
make transacting industry
across the metal slate, a talis snail

erects her long, slender, independent eyes,
erects and twists her eyes to see
whatever predator encroaches on her cautious,
molten-slow, muscular and focal equally,
urgent retreat
in retrospect.

And By and By

A second bird somewhere he said undid the doom,
but I never saw either. On we walked. Women feel
intimate face to face. Men, shoulder to shoulder,
I read later in his notes, without citation.

"Online is real life. For me, social media is an extension of my workplace. And it can be unsafe." @carlyfindlay shares her experiences of online abuse & highlights the lack of protection on social media platforms for disabled users facing online abuse. https://r29.co/2ZcrElS