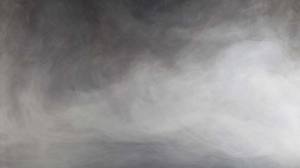 Sometimes in a Moment of Déjà Vu

Sometimes in a moment of déjà vu
I forget where I am and my hands bleed
into the bed and the bed bleeds into the wall.
There are colors becoming other colors
and it doesn’t mean anything.
This is always happening and we never notice.
One layer.
What’s a layer?
We’re touching through layers.
Two tin cans and infinite string in all directions.
Talk to me. Say something.
Use words I don’t have to go back
to college to understand.
Do you care that the world is trash?
I do. I’m trash.
I’m in love with the feeling of it.

My first love was silence.
I built myself from scratch
and no one listened.
This was the best time of my life.
I used to carry the clothes
to the laundry room
and pray for all the fog
in the world to surround me.
I’d let my thoughts
catch rides
with passing airplanes.
All that womanhood
caught in the roof
of my mouth
was like honey.
I knew it would never
go bad
so I never said a word
about it.

My favorite thing is slowly pulling
into my parking spot at home
just as the song I’ve been feeling
things to finally ends.

All these movie moments and
hand cutting wind in half dreams
come for me as if
sent by some light that wants
to watch me survive.

In the movies people like me
don’t survive and it’s the same
in real life so I make my own
movies in my head and I last
to the end and I am not
happy even in my own
fantasy but I am strong.

I am holding the camera and
pointing it at myself so I am
trapped in my own gaze
which is fine
which feels great
which is like the taste of my
own blood
which is great.

I wish I loved my body the
way you say I love my body and
I wish the sun would stay just
below the horizon forever.

I’m tired of abstraction.
No one says what they mean
and people die from it.
Where did this world come from?
Not nowhere.
Not nothing.
The dead trans women
you glance over
for a few seconds on facebook
while deciding if the story is worth sharing
all came from somewhere.
Their bodies are not flowers
for you to whisper
to people you’ll never know.
There were words that did this.
There were hands
and guns
and teeth
and flesh
and hair
and blood
and men
and women
and laws
and policies
and police
and witnesses
that did this.
How long can I keep tricking you
into thinking what I’m doing
is poetry
and not me begging you
to let us live?

The Moon is Trans

The moon is trans.

From this moment forward, the moon is trans.

You don’t get to write about the moon anymore unless you respect that.

You don’t get to talk to the moon anymore unless you use her correct pronouns.

to bow down before her and apologize for the sins of the earth.

She is waiting for you, pulling at you softly,

telling you to shut the fuck up already please.

Scientists theorize the moon was once a part of the earth

that broke off when another planet struck it.

Do you believe in the power of not listening

to the inside of your own head?

I believe in the power of you not listening

to the inside of your own head.

This is all upside down.

We should be talking about the ways that blood

but we’re busy drawing it instead.

The moon is often described as dead, though she is very much alive.

for any extended period of time

in all of her existence, but

She is constantly moving away from you the only way she can.

She never turns her face from you because of what you might do.

She will outlive everything you know.

In this opinion piece, @Poynter explores the ways in which the coronavirus has created a devastating cocktail of economic turmoil and heightened risks that throw the fate of foreign reporting into jeopardy. https://bit.ly/2CDxMIR

Pavel Latushko, director of the National Kupala Theater in #Belarus, was fired on Monday for joining peaceful protests and calling for the resignation of key public officials. Theater staff announced they will also resign in support of Latushko. https://reut.rs/3iSWgxg