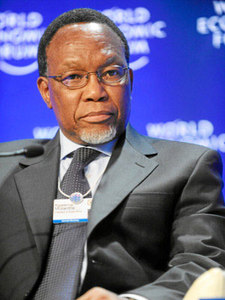 This is the second time the Dalai Lama has not been issued a visa to visit South Africa in two years. In 2009, the government denied a visa application for the Dalai Lama to attend a peace conference because of fears that a visit would overshadow the 2010 FIFA World Cup. The latest visa flap comes against the backdrop of a diplomatic visit by South African Deputy President Kgalema Motlanthe to Beijing, and is being widely criticized in South Africa as a concession to the Chinese government.

South African PEN’s protest parallels PEN American Center’s efforts to counter ideological exclusion in the United States, most recently by pressing the government to grant a travel visa for leading human rights advocate Kerim Yildiz, who arrived in the country in time to receive the Gruber Foundation’s 2011 Justice Prize in Philadelphia on October 6.