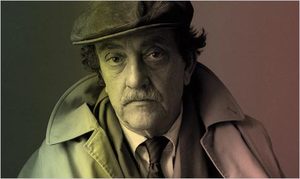 Today marks the 90th birthday of the late Kurt Vonnegut. As PEN American Center celebrates its 90th Anniversary this year, we honor Vonnegut’s contributions to our mission and to American literature. Here is an excerpt from Kurt Vonnegut: Letters, published last week by Random House.

“Vonnegut found and became part of other extended families, which he felt were so important—the family of American writers (symbolized by his induction into the National Institute of Arts and Letters) and the family of writers throughout the world. He became an officer of PEN, fighting for the causes of writers who had been jailed in totalitarian countries and working tirelessly to champion his Russian translator, Rita Rait, whom he would finally bring on a visit to the U.S. in 1984.”

—from the introduction, by Letters editor Dan Wakefield

A belated happy birthday to you. I sent a package up with Mark, which is a fair guarantee that you never got it. But the hell with the package. The thing to celebrate is your discovery and mastery of your own sweet and melodious voice. The piece about traveling with Nanny cross country is a knockout. There isn’t a flaw in it anywhere. And it would be that well-written, even if you weren’t as well-educated as you are. The secret of good writing is caring.

I’m fresh back from the Worker’s Paradise. The elevators still don’t work, and it’s still perfect hell to be a Jew over there. Hi ho. I don’t intend to write about it. I was sweet as pie, and didn’t ask a single embarrassing question. And over here I never crack off in public about Solzhenitsyn or any of the hundreds of writers in jails and loony bins. There are plenty of others to do that. I am a vice president of American P.E.N., and I ask favors from the other side from time to time. And they may listen to me, since my public record is so uncontroversial. And maybe not. What the hell. I am now trying to work out a scheme whereby all the rubles earned by American writers before the new International Copyright Agreements (last May or so) can, if unclaimed, be pooled into a scholarship fund for young American writers who want to visit the USSR. This is totally my crazy idea. We’ll see.

As I peter out creatively, I become more and more of a cultural bureaucrat. I don’t consider this a tragedy, unless becoming older and doing what older people do is a tragedy. I suppose that Daphne has told you what is in store for both us Scorpios. Huge changes are in store, and they will be terribly interesting and wrenching, and all we can do is ride along. Well—hang on. We may wind up miles from here.

Got back from Vienna last night. I’ll tell you about it at lunch soon. Sure didn’t get laid. Didn’t even come close. Hi ho. International P.E.N. is an organization of terribly old European cultural bureaucrats who meet twice a year to discuss World War Two. It is mainly financed by Americans and West Germans, and I very much want to have Americans withdraw from it so we can talk about our hemisphere and the present and even the future from time to time. We got voted down on everything.

Anyway—I accidentally did some business. I enclose the address of a Bulgarian publisher, who wishes copies of everything I have published so far. As I understand it, the Bulgarians have so far published only Slaughterhouse-Five. This guy says (in French) he wants to publish all the rest.

A Mr. Rupel from Yugoslavia said my time had come in his country, too, and that he will write to me very soon. I will buck his letter to you.

Meanwhile, perhaps you should send the two boxed sets of paperbacks to this gentleman in Sofia.