“Local news is dyyyiing!” comes the anguished cry. In many places though, journalists of all ages are filling the breach, using media platforms unavailable just a few years ago: websites, of course, but also podcasts, social media, Substack and other subscription-based delivery platforms, and more.

This panel discussion, hosted at the North Carolina Writers Conference Fall Conference and sponsored by PEN America, “Writing Community: Place-Based Journalism in a Fracturing Age,” brought together representatives from some of these new outlets to discuss their missions and their means, the advantages they have and the challenges they face, and how writers can both chronicle and influence their communities.

Kyle Villemain is the founder and editor-in-chief of The Assembly, a statewide digital magazine about North Carolina launched in February 2021. Prior to The Assembly, he was a speechwriter for higher education and nonprofit leaders including UNC System President Margaret Spellings and UNC-Chapel Hill Chancellor Carol Folt. He’s a 2015 graduate of UNC-Chapel Hill.

Cierra Hinton is the executive director-publisher at Scalawag, a nonprofit, movement journalism organization with a mission to disrupt and shift the narratives that keep power in the hands of the few in pursuit of a more liberated South. She is also a member at Blue Engine Collaborative, a network of independent consultants and advisors to media organizations around the world. Before her current role, Hinton was an individual giving officer at a number of education nonprofits, including Teach For America. Hinton has also served as the director of network building and operations at Press On, a Southern media collective, and was a fellow at the Poynter Institute through the Media Transformation Challenge. She sits on the boards of LION Publishers and the NC Local News Workshop. She lives in Durham with her partner, J.

Sara Pequeño is the newest Raleigh-based journalist and opinion writer for McClatchy’s North Carolina Opinion Team. She plans to use her platform to cover social issues and local politics with empathy and a passion for progressive ideas. Prior to her hiring at The News & Observer, Pequeño worked as the digital content manager at INDY Week, an alt-weekly newspaper based in the Triangle. There, she focused on Orange County and the UNC System, but occasionally stepped into other beats focused on social justice and state-level politics. 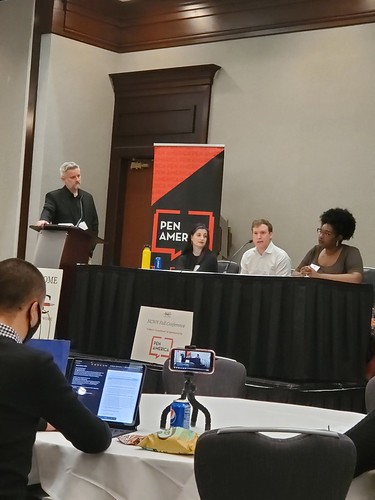