William Carlsen: A Reading and Discussion 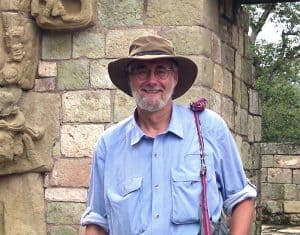 The evening will take place in a private home in Berkeley, CA. Please RSVP to Director of PEN West, Wendy Martin, to receive event details: Wendy.Martin@PENWest.info.

PEN West, a group of PEN America Members, is thrilled to feature William Carlsen in a reading and discussion of his extraordinary new book and New York Times bestseller, Jungle of Stone, published last year by Harper Collins. Described by the New York Times as a  “masterful chronicle” of the (re) discovery of the lost civilization of the Maya, this book recounts in gripping detail the difficult journeys of exploration to Central America undertaken in by John Stephen, an America lawyer and writer, and Frederick Catherwood, a British artist and architect.