The Testament of Mary: A Discussion on the Broadway show 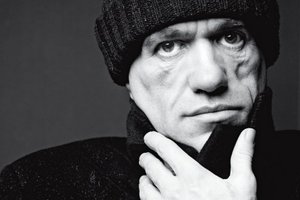 Award-winning actress Fiona Shaw, writer Colm Tóibín, and director Deborah Warner discuss the process of bringing The Testament of Mary, Tóibín’s adaptation of his 2012 novella, to the Broadway stage. Mary tells her own story in the inventive and controversial new work, and thus, writes a new testament of Christ.

Suggested donation of $10 at the door