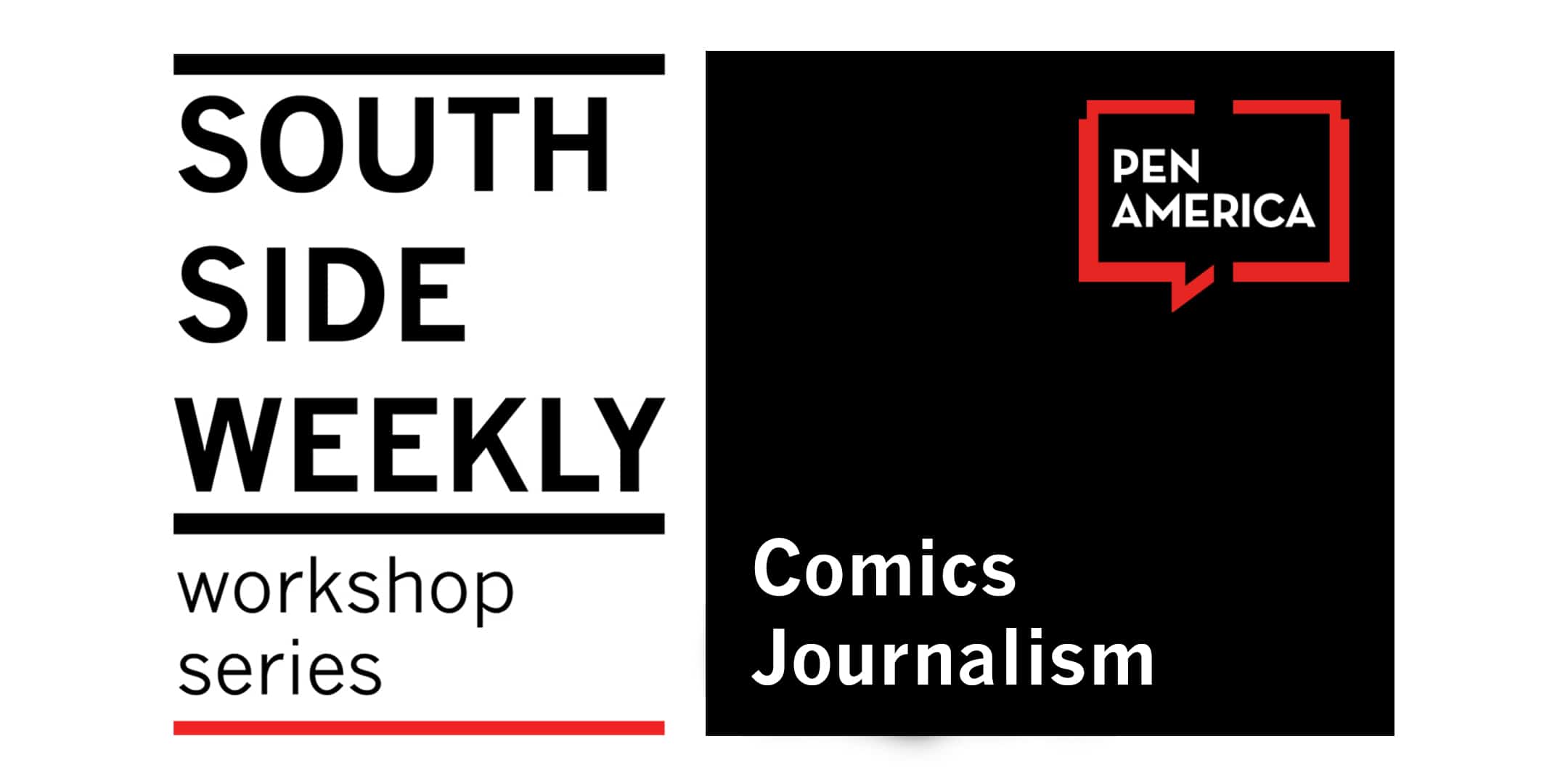 PEN America is partnering with the South Side Weekly on a series of hands-on workshops for different journalism skills. In our increasingly visual culture, nonfiction comics and graphic reporting have become more prevalent tools for news outlets trying to engage different types of readers, so it’s important to understand how to effectively use the language of comics for this pursuit. In this workshop, you’ll learn the basics of structuring factual information into a narrative, maintaining a journalistic eye in a medium that deals with emotion, and how to most effectively combine images and words to deliver an impactful message. Comics can add a whole new dimension to how your stories are told, join us to find out how!

Mike Centeno is a Chicago-based cartoonist originally from Caracas, Venezuela. His comic strip “P.L Dermes” is a regular feature in the Chicago Reader, and he has also contributed graphic reportage to political/journalism comics outlet The Nib covering Venezuelan current affairs. His work has been featured as the image for the Chicago Zine Fest 2017, in the Latinx media outlet BeSe, and of course in the South Side Weekly.

More information on additional workshops can be found here.