Saudi Arabia: Impunity and the Silencing of Dissent 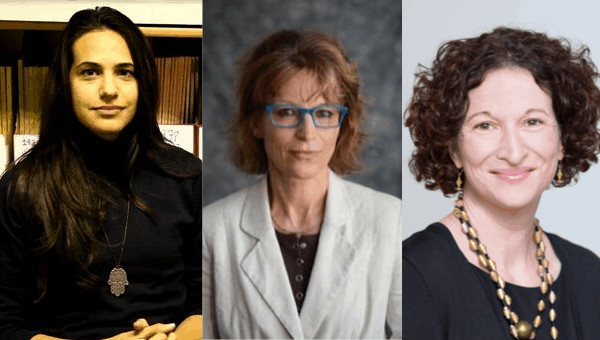 Leading experts on freedom of expression discuss Saudi Arabia’s ongoing crackdown on dissent and what can be done to hold the monarchy accountable for arrests, torture, and murder. This event is co-sponsored by PEN America, Index on Censorship, Global Freedom of Expression, the Toni Stabile Center for Investigative Journalism, Columbia Law School’s Human Rights Institute, and the Columbia Journalism School.

Dr. Agnès Callamard is the Director of Columbia University Global Freedom of Expression, an initiative seeking to advance understanding on freedom of expression global norms, and Special Adviser to the President of Columbia University and first amendment scholar Lee Bollinger. On August 1, 2016, she was appointed the UN Special Rapporteur on extra-judicial summary or arbitrary executions. Dr. Callamard has a distinguished career in human rights and humanitarian work globally. She spent nine years as the Executive Director of ARTICLE 19, the international human rights organization promoting and defending freedom of expression and access to information globally. Under her leadership, ARTICLE 19 reach and reputation flourished, earning global recognition for its cutting edge public policy thinking on diverse issues including national security, equality, and development. She founded and led HAP International (the Humanitarian Accountability Partnership), which is the first self-regulatory body for humanitarian agencies at the international level. Prior to this, Dr. Callamard was Chef de Cabinet for the Secretary General of Amnesty International (AI) and AI’s Research-Policy Coordinator, leading AI’s policy work and research on women’s human rights. Agnès has advised senior levels of multilateral organizations and governments around the world and has led human rights investigations in more than 30 countries. She has published broadly in the field of human rights, women’s rights, refugee movements, and accountability and holds a Ph.D. in Political Science from the New School for Social Research in New York.

Safa Al Ahmad is a journalist and filmmaker who has directed documentaries for PBS and the BBC focusing on uprisings in the Middle East. Her film Saudi’s Secret Uprising was the first documentary of its kind to document the historically unprecedented protests in the kingdom. An investigation that took over a year was the first documentary to be jointly produced and simultaneously aired by BBC English, Arabic and Farsi. Her work on Yemen spans almost a decade and reflects the bloody trajectory of the conflicts within the country and their international impact. In The Fight for Yemen, which was produced for the BBC and PBS’s Frontline, Safa was one of the few journalists reporting to international news organizations from the ground during the crisis between Houthi rebels, militant groups, and the government. Her follow-up film Yemen Under Siege, which took a close-up look at the staggering human toll of the conflict in Yemen, took home two Emmy Awards in 2017. She is also the winner of the 2015 Index on Censorship Freedom of Expression Award for Journalism, the El Mundo award for journalism for her body of work in 2015, the 2015 Canadian Journalists for Free Expression (CJFE) International Press Freedom Award and the Association of International Broadcasting (AIB) Best International Investigation for her film Saudi’s Secret Uprising in 2014. She was twice a finalist for the Rory Peck Sony Impact Award 2012-2014. Her writing on the Arab uprisings was published in an anthology Writing Revolutions published by Penguin, which won an English PEN award. Safa is a board member of the Frontline Freelance Register, and advocates for the safety and welfare of freelance journalists who are exposed to risk in their work.

Karin Deutsch Karlekar is the director of PEN America’s Free Expression At Risk Programs and leads PEN America’s assistance to individuals at risk as a result of their expression and an ongoing partnership with PEN Myanmar. She has almost two decades of experience in global free expression, press freedom, and digital rights issues, as well as advocacy and assistance work on behalf of writers, bloggers, and journalists. Prior to joining PEN America, she served from 2001–15 as director of Freedom House’s Freedom of the Press project, coordinating the production of a flagship annual report that tracked trends in global media freedom and rated every country in the world. As well as acting as an expert spokesperson on press freedom issues at conferences, meetings, and in media appearances, Karlekar has developed index methodologies and conducted training sessions on press freedom, internet freedom, freedom of expression, and monitoring dangerous speech; authored a number of special reports and academic papers; and conducted research, assessment, and advocacy missions to Nigeria, South Africa, Uganda, Zambia, Zimbabwe, Afghanistan, Indonesia, Myanmar, Pakistan, and Sri Lanka. She has also worked as an editor at the Economist Intelligence Unit and as a consultant for Human Rights Watch, and served on the governing Council (board) of the International Freedom of Expression Exchange (IFEX) network from 2006–09 and 2015-19. She holds a Ph.D. in Indian History from Cambridge University and a BA from Vassar College.