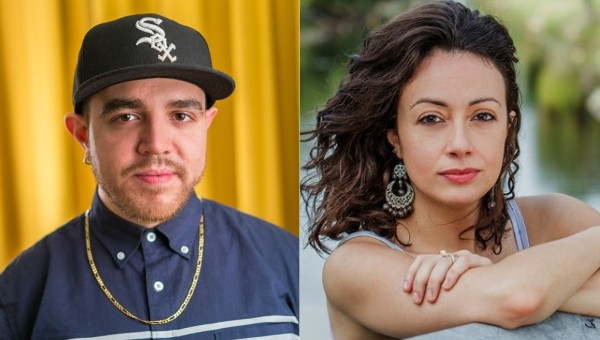 Poet José Olivarez and author Jennine Capó Crucet discuss their work and the conundrum of finding oneself a stranger in one’s own country. In Citizen Illegal, Olivarez explores Mexican-American narratives with incendiary humor and emotion. And Crucet shares from her wry, fearless essay collection My Time Among the Whites: Notes from an Unfinished Education, which examines the limits and contours of the American Dream through her experience as a first generation college student.

The program is presented in partnership with:

This event is made possible by a grant from the Los Angeles Department of Cultural Affairs.

José Olivarez is the son of Mexican immigrants, and author of Citizen Illegal, a finalist for the 2018 PEN/Jean Stein Book Award. He is co-host of the poetry podcast The Poetry Gods. In 2018, he was awarded the first annual Author and Artist in Justice Award from the Phillips Brooks House Association, and named a Debut Poet of 2018 by Poets & Writers. A recipient of fellowships from CantoMundo, Poets House, the Bronx Council on the Arts, the Poetry Foundation, and the Conversation Literary Festival, his work has been published in BreakBeat Poets, The Adroit Journal, The Rumpus, and Hyperallergic, among other places. He lives in Chicago.

Jennine Capó Crucet’s novel Make Your Home Among Strangers was a New York Times Book Review Editor’s Choice book, won the 2016 International Latino Book Award, and was cited as a best book of the year by NBC Latino, The Guardian, and the Miami Herald. Her story collection How to Leave Hialeah won the Iowa Short Fiction Prize, the John Gardner Book Award, and the Devil’s Kitchen Reading Award. Her writing has appeared on PBS NewsHour and in The Los Angeles Review, and she is a contributing opinion writer for The New York Times. She is currently an associate professor at the University of Nebraska. Previously, she worked as a college counselor at One Voice, a Los Angeles-based nonprofit serving first-generation teens.