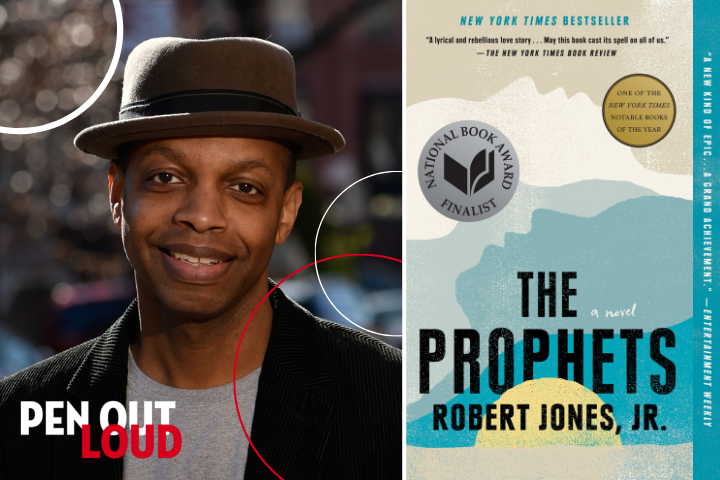 National Book Award finalist Robert Jones, Jr. joins PEN Out Loud to celebrate the paperback release of his New York Times-bestselling novel, The Prophets. A stirring and lyrical debut, it tells the love story between two enslaved men, and the endurance of their relationship amid increasing tensions and violence on the plantation where they live. Jones, Jr. will be joined in conversation with fellow New York Times-bestselling author of Black Buck, Mateo Askaripour.

This digital event will start at 7pm ET / 4pm PT.

New York Times-bestselling author Robert Jones, Jr. is a writer from New York City. He received his BFA in creative writing and MFA in fiction from Brooklyn College. He has written for numerous publications, including The New York Times, Essence, and The Paris Review. He is the creator and curator of the social justice, social media community Son of Baldwin, which has over 275,000 members across platforms. The Prophets is his debut novel.

Mateo Askaripour’s work aims to empower people of color to seize opportunities for advancement, no matter the obstacle. He was chosen as one of Entertainment Weekly’s “10 rising stars to make waves” and reps the Rhode Island Writers Colony to the fullest. His debut novel Black Buck was an instant New York Times bestseller and a Read With Jenna Today Show book club pick. He lives in Brooklyn. Follow him on Instagram and Twitter at @AskMateo.