PEN Out Loud: Lest We Forget 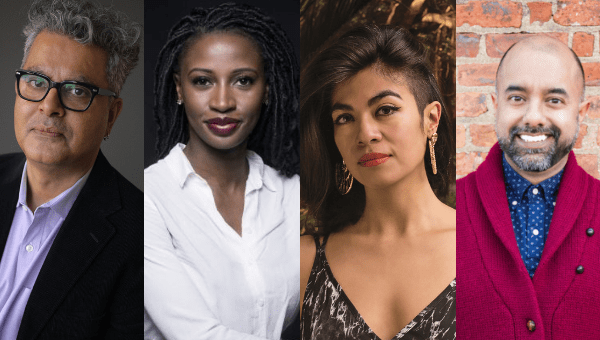 This December, join PEN America and the Strand Book Store as we embark on a retrospective of 2018 through the eyes of some of our most talented authors.

Amitava Kumar’s Immigrant, Montana blends the traditional coming of age novel with the story of an Indian immigrant coming to America, in a book that was referred to as “bio-fiction.” Wayétu Moore’s She Would Be King weaves together the historical facts of the founding of Liberia with magical realism, bringing together characters from all corners of the African diaspora. Ingrid Rojas Contreras‘s Fruit of the Drunken Tree tells the story of a young woman coming of age amidst violence in Pablo Escobar’s Colombia. Together, these authors will speak about their work, this year’s news cycles, and what it means to tell stories in an era of “fake news” and “alternative facts.” Moderated by author and editor Rakesh Satyal.

Ingrid Rojas Contreras was born and raised in Bogotá, Colombia. Her essays and short stories have appeared in the Los Angeles Review of Books, Electric Literature, Guernica, and Huffington Post, among others. She has received fellowships and awards from The Missouri Review, Bread Loaf Writer’s Conference, VONA, Hedgebrook, The Camargo Foundation, Djerassi Resident Artists Program, and the National Association of Latino Arts and Cultures. She is the book columnist for KQED Arts, the Bay Area’s NPR affiliate.

Amitava Kumar is a writer and journalist. He was born in Ara, in eastern India, and grew up in nearby Patna, famous for its corruption, crushing poverty, and delicious mangoes. He is the author of several works of nonfiction and two novels, most recently, Immigrant, Montana, described by Publisher’s Weekly as “consistently surprising and hilarious . . . an inventive delight.” Kumar lives in Poughkeepsie, in upstate New York, where he is Helen D. Lockwood Professor of English at Vassar College. In 2016, he was awarded a Guggenheim Fellowship.

Wayétu Moore is the founder of One Moore Book and is a graduate of Howard University, Columbia University, and the University of Southern California. She teaches at the City University of New York’s John Jay College and lives in Brooklyn.

Rakesh Satyal is a Senior Editor at Atria Books, a division of Simon & Schuster. He is also the author of the novels Blue Boy and No One Can Pronounce My Name. He has been on the advisory board for the PEN World Voices Festival and is currently on the board of Lambda Literary.

The @chicagotribune is offering buyouts to its senior employees, raising fears that the newspaper will be stripped of assets.
https://bit.ly/2GagD7B