PEN at the Brooklyn Book Festival 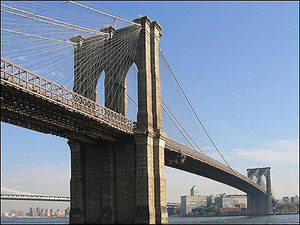 Swing by the PEN table at Booth #120 to learn about PEN’s recent action campaigns, pick up the new copy of PEN America: A Journal for Writers and Readers, and speak with staff about Banned Books Month. We’ll be on hand with excerpts from banned books and a video camera, encouraging festival attendees to read us their favorite excerpts in support of the American Library Association’s Virtual Read-out.

Here’s a list of PEN Members participating in the festival this year:

And there’s more: this year the PEN Translation Committee has begun a new partnership with the Brooklyn Book Festival and will be presenting a panel about translating the literature of North Africa.

North African Writing in the Wake of the Arab Spring

Noted translators, editors and poets Pierre Joris (Exile Is My Trade: a Habib Tengour Reader), Deborah Kapchan (Gender on the Market: Moroccan Women and the Revoicing of Tradition) and Peter Thompson (A Passenger from the West by Nabile Farès) explore the effects of the Arab uprisings in North Africa on poetry and narratives and discuss their recent works in translation. Moderated by Nathalie Handal (Language of a New Century: Poetry from the Middle East, Asia & Beyond).

The new collaboration was initiated by Translation Committee member Margaret Carson. Hope it leads to a yearly tradition! The panel will be held in the Brooklyn Borough Hall Community Room (209 Joralemon Street) at 5:00 p.m. For the full schedule of events, see the Festival Website.