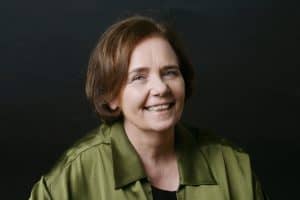 You are invited to a private dinner with New York Times columnist Gail Collins.

The dinner will be hosted by Eve Stuart in her 5th Avenue home on Tuesday, February 21st at 7:30 p.m.

Gail will discuss some of her recent writings, which have focused on American politics and culture during the 2016 Election. She writes a semi-weekly op-ed column for the New York Times, which is published Thursdays and Saturdays. From 2001 to 2007, she served as the first female Editorial Page Editor for the paper. In addition to her journalistic work, she is the author of several books: The Millennium Book, which she co-authored with her husband, CBS News producer Dan Collins; Scorpion Tongues: Gossip, Celebrity and American Politics; America’s Women: Four Hundred Years of Dolls, Drudges, Helpmates, and Heroines; When Everything Changed: The Amazing Journey of American Women from 1960 to the Present; and As Texas Goes: How the Lone Star State Hijacked the American Agenda.