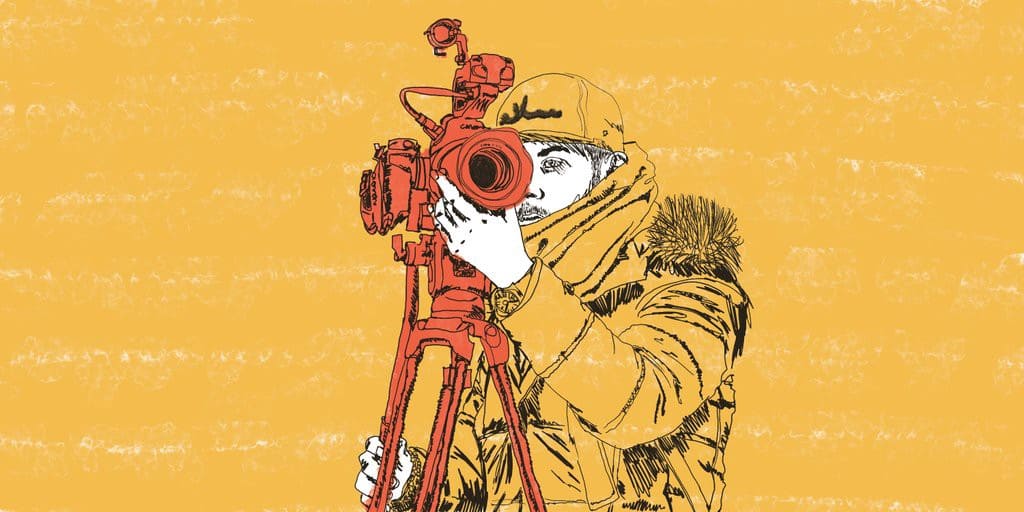 Please join us for this discussion about how to tell the stories of refugees and asylum-seekers—in Chicago and the rest of the world—ethically and effectively. The award-winning journalists and artists of 90 Days, 90 Voices are producing a collaborative storytelling project called Asylum City to fill the gap in coverage about asylum seekers in Chicago and fight ignorance about why they are coming to the United States.

Alex V. Hernandez, a reporter for Block Club Chicago and Engagement Director for 90 Days, 90 Voices, will discuss his reporting on refugees along with Northwestern professor Wendy Pearlman, author of We Crossed a Bridge and It Trembled: Voices from Syria, whose work focuses on telling the stories of Syrian refugees. Award-winning journalist Nissa Rhee, executive director of 90 Days, 90 Voices, will moderate the discussion.

This event is part of the 2019 Evanston Literary Festival (evanstonlit.org), is co-presented by the Evanston Public Library; the Middle East and North African Studies Program at Northwestern; 90 Days, 90 Voices; Chicago City of Refuge; and the Chicago Network for Justice and Peace, and is supported by PEN America.

The paperback edition of We Crossed a Bridge and It Trembled: Voices from Syria will be available for sale at the event.

Free of charge and open to the public.

Illustration by Dan Rowell for 90 Days, 90 Voices and the Chicago Reader.

Alex V. Hernandez is originally from Chicago and has bylines in the Chicago Tribune, Chicago Reader, Chicago Magazine, City Bureau, In These Times and 90 Days, 90 Voices. He was also a 2017 Peter Lisagor Watchdog Award finalist for his work on an interactive Chicago Reporter database that shows where, how and when police misconduct happens in the city of Chicago.

Wendy Pearlman is Associate Professor of Political Science at Northwestern University, where she also holds the Martin and Patricia Koldyke Outstanding Teaching Professorship and is a Faculty Fellow at the Buffett Institute for Global Studies. She earned a Ph.D. from Harvard University, an MA from Georgetown University, and a BA from Brown University. Her research focuses on the comparative politics of the Middle East, social movements, political violence, refugees and migration, emotions and mobilization, and the Arab-Israeli conflict.

Nissa Rhee is an award-winning independent journalist who lives in Chicago. Her work has appeared in a variety of print and radio outlets, including The Christian Science Monitor, Chicago Reader and Radio Netherlands Worldwide. Nissa is the writer for 70 Million, an innovative documentary podcast about criminal justice reform. The podcast chronicles the toxic impact of local jails on people and communities across the country, and what neighbors and local leaders are doing about it. Nissa also serves as the executive director of 90 Days, 90 Voices, a journalism nonprofit that tells stories of immigration through print, photography, audio and videos. The Chicago Headline Club, the largest Society of Professional Journalists chapter in the country, named 90 Days, 90 Voices the “Best Start-Up” of 2017.