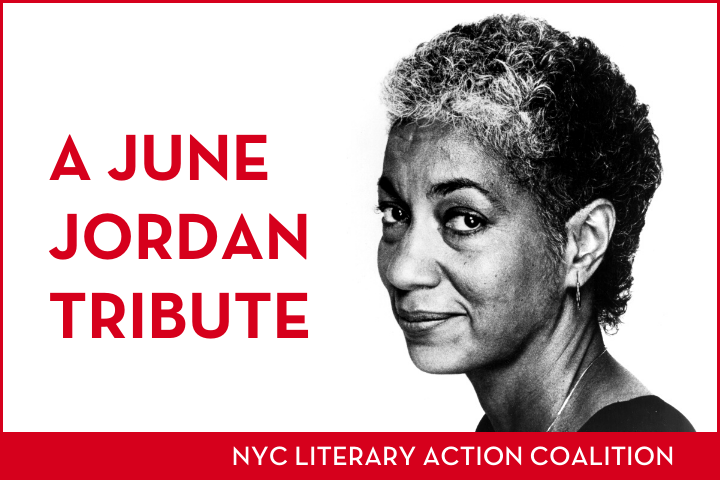 In collaboration with Brooklyn Museum’s First Saturdays series and PEN America, the NYC Literary Action Coalition will host a panel discussion dedicated to the life and work of June Jordan (1936–2002) on Saturday, June 4 from 6 to 7:30 PM at the Brooklyn Museum located on 200 Eastern Pkwy, Brooklyn, NY 11238 at the Steinberg Family Sculpture Garden. Moderated by Alejandro Heredia, poets Anaïs Duplan, Marwa Helal, Kyle Carrero Lopez, and Crystal Valentine will honor the resounding legacy of the poet and activist through readings of Jordan’s work alongside original poems. Jordan was a Harlem born, Jamaican American writer whose works took on many forms, including plays and children’s books. Known for the use of AAVE (African American Vernacular) in her writing, June is the author of more than twenty-five major works that covered and touched upon civil rights, feminist theory, and sexual orientation. 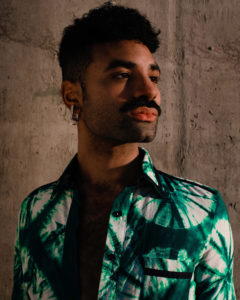 Kyle Carrero Lopez is the author of MUSCLE MEMORY, the chapbook winner of the 2020 [PANK] Books Contest, and a co-founder of LEGACY, a Brooklyn-based production collective by and for Black queer artists. His work is published in The Nation, The BreakBeat Poets series, The Atlantic, and elsewhere, has been featured in the Poetry Unbound podcast, and is forthcoming in an episode of The Slowdown with Ada Limón. 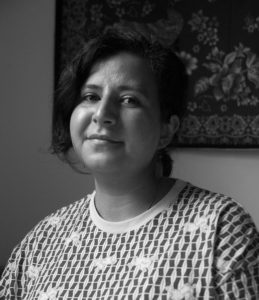 Marwa Helal is a poet and journalist. She is the author of Ante body (Nightboat Books, 2022), Invasive species (Nightboat Books, 2019), the chapbook I AM MADE TO LEAVE I AM MADE TO RETURN (No Dear, 2017), and a Belladonna chaplet (2021). Helal is the winner of BOMB Magazine’s Biennial 2016 Poetry Contest and has been awarded fellowships from the Whiting Foundation, New York Foundation of the Arts, Jerome Foundation, Poets House, Brooklyn Poets, and Cave Canem, among others. She has presented her work at the Museum of Modern Art (MoMA), the Studio Museum in Harlem, and Brooklyn Museum. 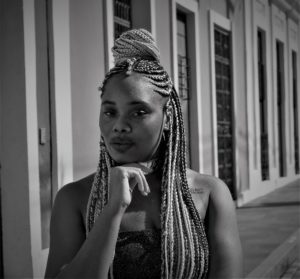 Crystal Valentine is a Black, queer woman from the Bronx now residing in Boston, Massachusetts. A former New York City Youth Poet Laureate and two-time winner of the College Union Poetry Slam Invitational, Crystal has been offered fellowships from Callaloo, Tin House, and Bread Loaf Writers’ Conferences. She is the winner of Palette Poetry’s 2021 Emerging Poet Prize, selected by Kelli Russell Agodon. Her work has appeared or is forthcoming in the Academy of American Poets Poem-a-Day, BreakBeat Poets Vol. 2: Black Girl Magic Anthology (Haymarket Books), Muzzle Magazine, TriQuarterly Magazine, Winter Tangerine, and elsewhere. She received an MFA from New York University and is the festival manager for the Massachusetts Poetry Festival as well as an English Professor at Curry College. 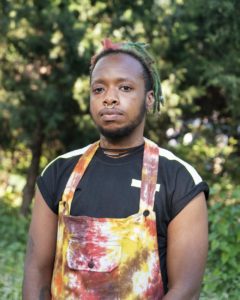 Anaïs Duplan is a trans* poet, curator, and artist. He is the author of the book I NEED MUSIC; Blackspace: On the Poetics of an Afrofuture; Take This Stallion; and the chapbook, Mount Carmel and the Blood of Parnassus. He was a 2017-2019 joint Public Programs fellow at the MoMA and the Studio Museum in Harlem, and in 2021 received a Marian Goodman fellowship from Independent Curators International for his research on Black experimental documentary. In 2016, he founded the Center for Afrofuturist Studies, an artist residency program for artists of color, based at Iowa City’s artist-run organization Public Space One. He is the recipient of the 2021 QUEER|ART|PRIZE for Recent Work, and a 2022 Whiting Award in Nonfiction. Duplan is a professor of postcolonial literature at Bennington College, and has taught poetry at The New School, Columbia University, and Sarah Lawrence College, and others. 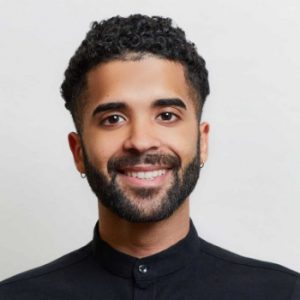 An investigation conducted by Reporters Without Borders (RSF) concludes that noted Ukrainian photographer and documentary maker Maks Levin, along with a soldier who was accompanying him for security, was executed by Russian troops near Kyiv in March. https://bit.ly/3yacP28

"The goal of misinformation campaigns...is to flood the system with so much information that you don’t know what or who to trust and that, in turn, requires responsible leaders to point to [and elevate] truth and facts," states @GuyMentel during yesterday's event w/ @PENamerica.