From Prison to President: The Letters of Nelson Mandela 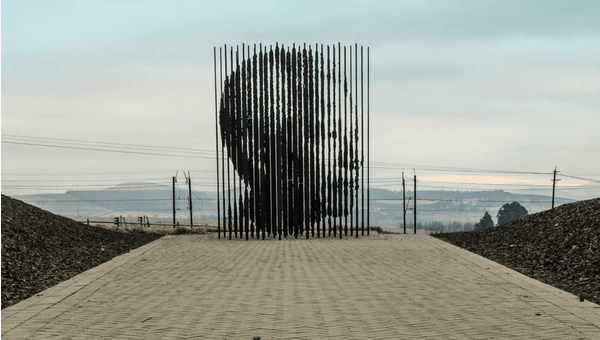 On the centenary of Nelson Mandela’s birth comes a new portrait of one of the most inspiring historical figures of the 20th century. Arrested in 1962 as South Africa’s apartheid regime intensified its brutal campaign against political opponents, 44-year-old lawyer and African National Congress activist Nelson Mandela had no idea that he would spend the next 27 years in jail. During his 10,052 days of incarceration, Mandela wrote hundreds of letters to unyielding prison authorities, fellow activists, government officials, and most memorably to his wife, Winnie, and his 5 children. Now, 255 of these letters—a majority of which were previously unseen—provide an intimate view into the uncompromised morals of a great leader. Co-presented by PEN America and the Library Foundation of Los Angeles’ ALOUD series, “From Prison to President: The Letters of Nelson Mandela” brings together Sahm Venter, the editor of this collection and a former Associated Press reporter who covered and was witness to Mandela’s release from prison in 1990, along with Zamaswazi Dlamini-Mandela, the granddaughter of Nelson and Winnie who wrote the foreword, who will share the stage with activists and actors to bring these deeply moving letters to life.

Swati Dlamini-Mandela is the granddaughter of Nelson Mandela and Winnie Madikizela-Mandela and the daughter of Prince Thumbumuzi Dlamini and Princess Zenani Mandela. Mandela, who holds a degree in public relations and marketing from Midrand Graduate Institute, is the founding partner and managing director of Qunu Workforce, South Africa’s leading consultancy in creating equality in the workforce for those living with disabilities. Additionally, she coauthored the autobiography 491 Days with the Nelson Mandela Foundation about her grandmother, and is working with Mandy Jacobson to coproduce an authorized documentary about the life of Winnie Mandela. The film is set to be released this year in partnership with the Ichikowitz Family Foundation’s African Oral History Archive.

Sahm Venter is a former Associated Press reporter (who covered and was witness to Mandela’s release from prison in 1990) and a longtime researcher. She has coedited several previous books, including Notes to the Future: Words of Wisdom; 491 Days: Prisoner Number 1323/69 by Winnie Madikizela-Mandela, with Swati Dlamini; and Something to Write Home About: Reflections from the Heart of History, with Claude Colart. She also cowrote Conversations with a Gentle Soul with the late anti-apartheid struggle hero, Ahmed Kathrada.