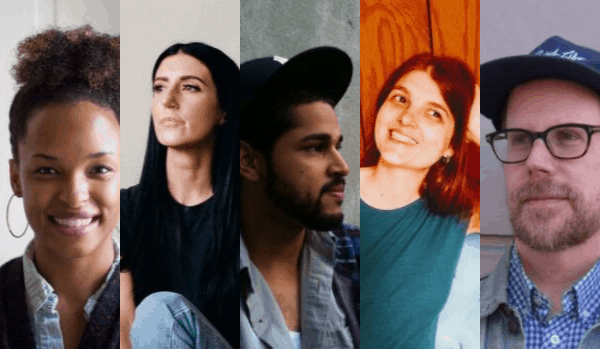 THIS IS AN OFFICIAL BROOKLYN BOOK FESTIVAL 2019 EVENT.

Jade Jones was born and raised in Southern New Jersey. A former Kimbilio Fiction Fellow, she is a graduate of Princeton University and the Iowa Writers’ Workshop, where she was a Teaching-Writing Fellow. She is currently a lecturer in Writing Arts at Rowan University, where she teaches first-year writing and creative writing.

Marilyn Manolakas lives in Iowa City. Her short fiction has appeared or is forthcoming in New England Review, Alaska Quarterly Review, and Santa Monica Review. She is at work on a novel about 1970s Los Angeles.

JP Infante is a teacher and writer who curates and hosts arts and culture events. He has taught creative writing at the City University of New York’s Lehman College and writing workshops throughout New York City. He holds an MFA in fiction from the New School. Through the “JP Infante in Conversation” series, he hosts talks with poets and writers. He is a contributing editor for Dominican Writers.

His fiction, nonfiction, and poetry can be found in Kweli Journal, The Poetry Project, Uptown Collective, Dominican Writers, POST(blank) magazine, The Manhattan Times, and other publications. His writing has won the Bernard K. Einbond Memorial Prize, the Aaron Hochberg Family Award, DTM magazine’s “Latino Identity in the U.S.” essay contest, and other awards.

Sarah Curry earned an MFA in fiction from Virginia Commonwealth University. Her work has appeared in Nimrod International Journal. Her fiction has been a finalist for the Center for Women Writers International Literary Award in Prose and the Francine Ringold Awards for New Writers. She is at work on a novel. She lives in Kentucky with her children and husband, a mathematician.

Doug Henderson received his MFA from the University of San Francisco and lives in the Castro District with his husband and daughter.