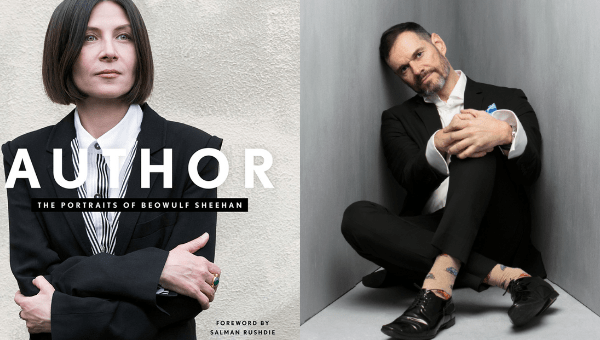 “Beowulf Sheehan is a poet, working in light.” —George Saunders

Beowulf Sheehan‘s childhood love of stories in books and music grew into an adulthood love of storytellers in the arts, entertainment, and humanities. His photographs have appeared internationally, including in Elle, Esquire, The New Yorker, Newsweek, Time, Vanity Fair, and Vogue and at the American Academy of Arts and Letters, Museum of the City of New York, Dostoevsky Museum, International Center of Photography, and Smithsonian National Museum of African American History and Culture. He lives in New York City.

Joshua Wolf Shenk is an essayist and arts leader. He is artistic and executive director of the Beverly Rogers, Carol C. Harter Black Mountain Institute at UNLV and editor-in-chief of The Believer magazine. Josh’s books include Lincoln’s Melancholy and Powers of Two: How Relationships Drive Creativity. He’s published in Harper’s, The New Yorker, The New York Times, Slate, GQ, The Nation, Riverteeth, the Virginia Quarterly Review, and the anthology Unholy Ghost: Writers on Depression. He splits his time between Las Vegas and the Silverlake neighborhood of Los Angeles, where he fathers a eight-year-old boy who, like Josh, has webbed toes.