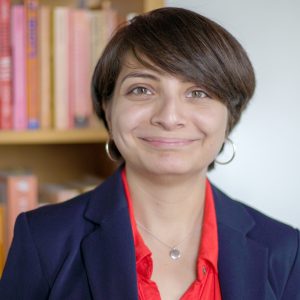 It’s almost the close of our 2018 Emerging Voices calendar, and Fellows Jubi Arriola-Headley, Ron L. Dowell, Natalie Mislang Mann, Angela M. Sanchez, and Francisco Uribe have words to share. A weekly series through the end of July, PEN America’s blog will feature essays on these writers’ lives and how Emerging Voices helped them claim “writer” as identity.

Are you a writer? Apply to be a 2019 Emerging Voices Fellow through August 1. Want more of the 2018 Fellows? Join us for the Final Reading on August 3 at the Moss Theater in Los Angeles or via Facebook Live.

For the first two months that my father and I were homeless, we motel-hopped, switching spots every two weeks when the motel’s fourteen-day stay limit came up. Since none of the shelters in my hometown took men and children—or teenage girls, in my case—the motel stays meant I could continue going to my high school. One of the lessons being homeless taught me was to make the most of what you’ve got. Those motels offered two things I never had at home: WiFi and cable television.

When I started high school, I got way into Japanese comics. Like any manga fan, I wanted to consume as much as I could. Having cable meant I could watch the animated adaptations of my favorite comics (this was before YouTube and online streaming services were popular), and WiFi allowed me to find my way into the online manga fanfiction community. It quickly became my portal into another world, distracting me from the daily fear of whether or not we had a place to spend the night.

As I read, I picked up on the writing techniques of the most popular fanfiction authors—their realistic dialogue, plausible scenarios, and vivid details. After reading a simple flash fiction piece for the very first time, I thought, “Huh, I could do that.” It seemed reasonable enough to give it a shot. Maybe not a whole story, but a snippet. Little steps.

After getting a home again, after college, I transitioned from writing fanfiction to developing my own work. But I didn’t know where I could submit my writing for the feedback it needed. In the online fanfiction world, feedback was often immediate, frequent, and brutally honest. “I love it!” “You suck!” and “How dare you!” The “normal,” IRL writing communities I knew of were inconsistent, and paid writing classes were flat-out beyond my budget. For two years, in modest isolation, I worked on a series of short stories that gradually became the first draft of a novel. And I still liked writing about gutsy young adult protagonists.

I discovered Emerging Voices in the acknowledgements section of Lilliam Rivera’s debut novel, The Education of Margot Sanchez. Lilliam credited her success to the supportive community of the fellowship—a community of writers I knew I wanted to join. More than anything I wanted a mentor, ideally a woman of color like me who would be able to share how she navigated the publishing route. After applying to and receiving the fellowship, I was paired with Lilliam as my mentor, the very author whose book pointed me to EV in the first place! Once awarded the fellowship, I realized that its pandora of resources—from mentors to Author Evening hosts to master class instructors—are often supplied by authors whose own voices have been marginalized. Through EV, I was able to experience the perspectives of authors who are historically sidelined or altogether ignored in traditional publishing. This is important to me because my odds are steep: Last year, the Cooperative Children’s Book Center found that Latino authors accounted for under 3 percent of published children’s books, despite Latinos comprising 17 percent of the U.S. population.

With the feedback from Lilliam, UCLA classmates, and fellow Emerging Voices, I’ve begun transforming my stitched together short stories into a fully cohesive novel. Following the Fellowship’s conclusion, I plan to stay immersed in the writing community. There’s so much to do, share, and participate in. As someone who has benefitted from opportunity made by others in my life, I’m excited to offer what inroads I’ve made and insights I’ve gained from Emerging Voices. The space is by no means a sum zero—no writer loses out because their friend was published first. EV offers a community that is forever welcoming new family. And I can’t wait to hear how those voices sound.