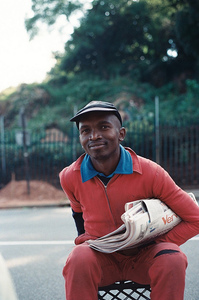 The media has welcomed the withdrawal by President Jacob Zuma on Friday May 3 of the outstanding defamation claims he brought against a cartoonist, a radio presenter and several media groups between 2006 and 2010. The claims, originally for more than R60 million—unprecedented in South Africa—were later reduced to R12 million.

In announcing that the President had “elected to withdraw” the cases after consultation with his lawyers, presidential spokesperson Mac Maharaj said the President felt that “measured against the broader national interest and challenges which the country is faced with, his personal sentiments, however aggrieved he may feel, must give way.” Maharaj added that the decision was “informed by the broader agenda of reconciliation and nation building.”

A legal blog stated that this bland statement conceals one of the most spectacular of all libel climb-downs by a politician.

In all, President Zuma issued 14 libel claims against the Sunday World, Sunday Independent, Rapport, The Star and The Citizen and 94.7 Highveld Stereo presenter Darren “Whackhead” Simpson. The cartoonist he targeted for R5 million was Jonathan Shapiro, who uses the penname Zapiro, for a cartoon published in the Sunday Times depicting him preparing to rape Lady Justice, who is being pinned down by expelled African National Congress Youth League president Julius Malema, SA Communist Party general secretary and Minister of Higher Education Blade Nzimande, ANC Secretary General Gwede Mantashe, and Congress of SA Trade Unions general secretary Zwelinzima Vavi. This claim was dropped in October 2012. Claims against two other Zapiro cartoons have now also been dropped.

Only one case was settled in President Zuma’s favor when Media24 paid R50,000 to him for the publication of a reader’s letter in Rapport in which he was accused of rape. The largest claim was R7 million against Darren Simpson for a parody song entitled, My Name is Zuma, which was played multiple times on the radio station. Another R5-m claim was made for an article by author and university lecturer William Mervyn Gumede in the Sunday Independent, in which he wrote that in his rape trial President Zuma invoked African culture to justify rape or to silence rape victims.

Earlier this year the President dropped two further claims against Rapport and one against the Sunday Sun. He was required to pay the costs.

Because of the volume of the claims and President Zuma’s reluctance to pursue them in court—he failed to respond to defense legal demands—journalists and lawyers accused him of using the courts to intimidate the media, but the media refused to buckle and insisted the cases would be defended.

The climb-down was welcomed by media lawyer Dario Milo, of Webber Wentzel, who was engaged to defend several of the cases. He was reported to have stated: “I think that the sheer magnitude of the claims by the president sent out a signal that was detrimental in terms of freedom of expression. The decision to withdraw has to be welcomed, because it does mean that Zuma recognizes that as head of state, he must be the subject of legitimate criticism.”

The South African National Editors Forum (Sanef) chairperson Nic Dawes said Sanef hoped that this would set a precedent for other political leaders in South Africa not to use defamation law as an instrument to try to limit robust political speech and dialogue.

Jonathan Shapiro, in common with other journalists, said, “I don’t believe the spin around nation-building and I don’t know how anyone would buy that argument.”

President Zuma was said to have personally paid the legal costs he incurred in bringing the cases against the media. However, the media paid the costs they incurred in preparing to defend the cases he brought against them. There has been no indication that any of them intend to sue the President for those costs.

Journalists and lawyers believe a major factor that motivated President Zuma to withdraw was the prospect that he would appear in the witness box to face searching questions about several questionable issues including his relations with Shabir Shaik, the Durban businessman sentenced to 15 years’ imprisonment for corruption and fraud. Giving judgment Judge Hilary Squires referred to “overwhelming evidence” of a corrupt relationship between Shaik and Zuma and to alleged attempts to solicit a bribe to Zuma from Thomson CSF in relation to South Africa’s massive arms deal.