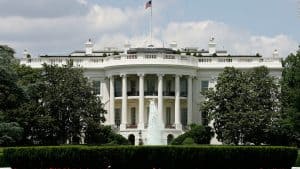 E.P.A. Chief Scott Pruitt Resigns Under a Cloud of Ethics Scandals
Scott Pruitt, the administrator of the Environmental Protection Agency and architect of President Trump’s aggressive effort to rewrite the government’s rule book on environmental regulations, resigned on Thursday in the face of numerous ethics investigations.
NEW YORK TIMES

A Week After Capital Gazette Shooting, Trump Calls 75% of Media ‘Downright Dishonest’
One week after the shooting at the Capital Gazette newspaper in Annapolis, Maryland, President Donald Trump put an end to any speculation that the tragedy could lead to a truce in his unrelenting war on the news media.
USA TODAY

Facebook Appears To Have Allowed A Fake News Operation To Publish For Months Before Mexico’s Election
Facebook was aware of a Mexican fake news operation for months and allowed it to spread misinformation leading up to the country’s July 1 election. Facebook’s moderation team waited to delete the source until after the Atlantic Council, a think tank the company partners with, could study and publish a report on them.
BUZZFEED NEWS

US Body Demands Release of Two Journalists Arrested in Myanmar *PEN Case List
A US body working towards defending freedom of speech today demanded that Myanmar release the two Reuters investigative journalists, Wa Lone and Kyaw Soe Oo, who were arrested on charges of breaching the country’s Official Secrets Act. The journalists have spent over six months in detention since their initial arrest.
PTI

‘Rough trade’ of Journalism Will Miss Peter Preston’s Shrewd Advocacy
Peter Preston, the former Guardian editor who died in January, was a great advocate saying journalism “seeks to tell the truth as it sees it, and to uphold the right of others to explore or dispute such truth.” More European states are governed by politicians who demonise journalists, dismissing their work as “fake news”.
IRISH TIMES

Duma Recommends Registering Journalists as ‘Foreign Agents’
A committee of the Russian parliament has recommended the adoption of a proposed law that would require journalists working for media outlets designated as foreign agents to register as agents themselves. Naming an outlet as a foreign agent does not block its work but casts aspersions on its credibility.
ASSOCIATED PRESS

Kenya Data-Protection Law May Curb Press Freedom, Group Says
The Data Protection Bill presented to the Senate sets out rules on data collection, processing and storage, and sets penalties for abuse of personal data. The legislation fails to ensure a proper balance between data protection and access to information. Kenya ranks 96th out of 180 nations in the 2018 World Press Freedom Index.
BLOOMBERG

Hong Kong Bar Association, Law Society Condemn Online Trolls Targeting Judge Who Sentenced Edward Leung for Mong Kok Riot
The city’s two professional legal bodies condemned a series of personal attacks against a judge who sent three localists to prison over the 2016 Mong Kok riot. The Department of Justice warned that personal or scandalous attacks on judges could be held to contempt of court and are “absolutely forbidden”.
SOUTH CHINA MORNING POST