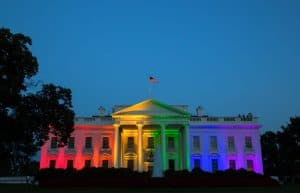 The most pressing threats and notable goings-on in free expression today.

Tagging fake news on Facebook doesn’t work, study says
The Yale study found that tagging false news stories as “disputed by third party fact-checkers” has only a small impact on whether readers perceive their headlines as true. The “disputed” tags made participants just 3.7 percent more likely to correctly judge headlines as false.
POLITICO

Turks detained for using encrypted app ‘had human rights breached’
A legal opinion study published in London argues that the arrest of 75,000 suspects primarily because they downloaded the ByLock app is arbitrary and illegal. It concludes that the cases presented so far breach the European convention on human rights, which Turkey is signed up to.
THE GUARDIAN

Azeri court releases head of independent Azeri news agency
An Azeri court released Mehman Aliyev, the head of Turan news agency, from pre-trial detention but said an investigation of him can continue, in a case condemned by human rights activists. “I consider this decision as positive … I‘m glad that mistake has been amended,” Aliyev said.
REUTERS

DSS operatives brutalise journalists in Osun
Three operatives of the Department of State Services in Osun State brutalised and threatened to shoot two journalists covering a protest by the Nigeria Union of Local Government Employees on the premises of the Osun State House of Assembly.
PUNCH

DARE is a project of PEN America’s #LouderTogether campaign, bringing you a daily-curated roundup of the most important free expression-related news from the U.S. and abroad. Send your feedback and story suggestions to loudertogether@pen.org