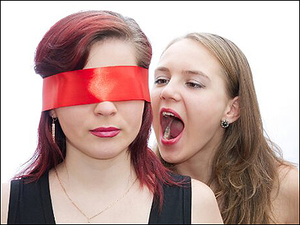 Tim Parks has written extensively on the effects of globalization on literature. More and more novelists, according to Parks, leave out local details to make their novels accessible to readers from other countries. A translator’s list of explanatory footnotes in the back of a novel is, commercially speaking, unwise. Sales are the bottom line, even when it comes to serious fiction. According to Mr. Parks, this leads to “the dull new global novel.” He might be right.

The idea is that a novelist who is ambitious enough to want a global audience, and who does not want to be imprisoned by his or her own language, is forced to act as if there is only one culture left in the world. All the peculiarities of his or her own culture should be taken out. The cosmopolitan reader of cosmopolitan literature is indeed as ghostly as the European Union, existent and non-existent at the same time, loved only by a few intellectuals and politicians.

I have always thought that it is provincial and narrow-minded to believe, for example, that a French writer writes only for a French audience. I believe that true literature has a universal claim, but I also see (and this is what Mr. Parks fears) that this claim of universalism can be commercialism in disguise. The novelist becomes the big pleaser, trying to be as inclusive as possible, but therefore also a tad blank, and rather tasteless.

And perhaps it’s not narrow-minded to state that a French writer writes first and foremost for a French audience. This is probably just stating the obvious.

But at the same time, it’s tempting to forget that there are and always will be more non-readers than readers. And that the readers of a book—regardless of where they live—have something in common with its other readers.

To give you an example, my sister lives in a settlement on the West Bank. To the best of my knowledge, her seven children have never read any novels by Amos Oz, David Grossman, or Etgar Keret. My sister’s children were born in Israel and they live in Israel, but Israeli literature is as foreign to them as French literature.

At the same time, it’s fair to assume that an avid French reader of literature also picks up novels by authors who are not French.

So there is a small group of readers of serious fiction in every country. I’m afraid that this is a rather homogenous group. It’s not as homogenous as my sister’s settlement, but it’s still homogenous.

It’s unimaginable, for example, to think we would find out that somebody like Anders Behring Breivik had turned out to be a Zadie Smith fan.

Yes, the world would have been more interesting and perhaps a better place if my sister’s children read Oz and Keret, and also my own novels.

But what if they said, “We will read your novels, if you study the Torah.”

I would answer: “Thank, but no thanks. I studied the Torah when I was a kid. Don’t read my novels, and I won’t study the Torah.”

So there we go back to our gated communities.

To a large extent, the world of international literature is a gated community, whether we like it or not.