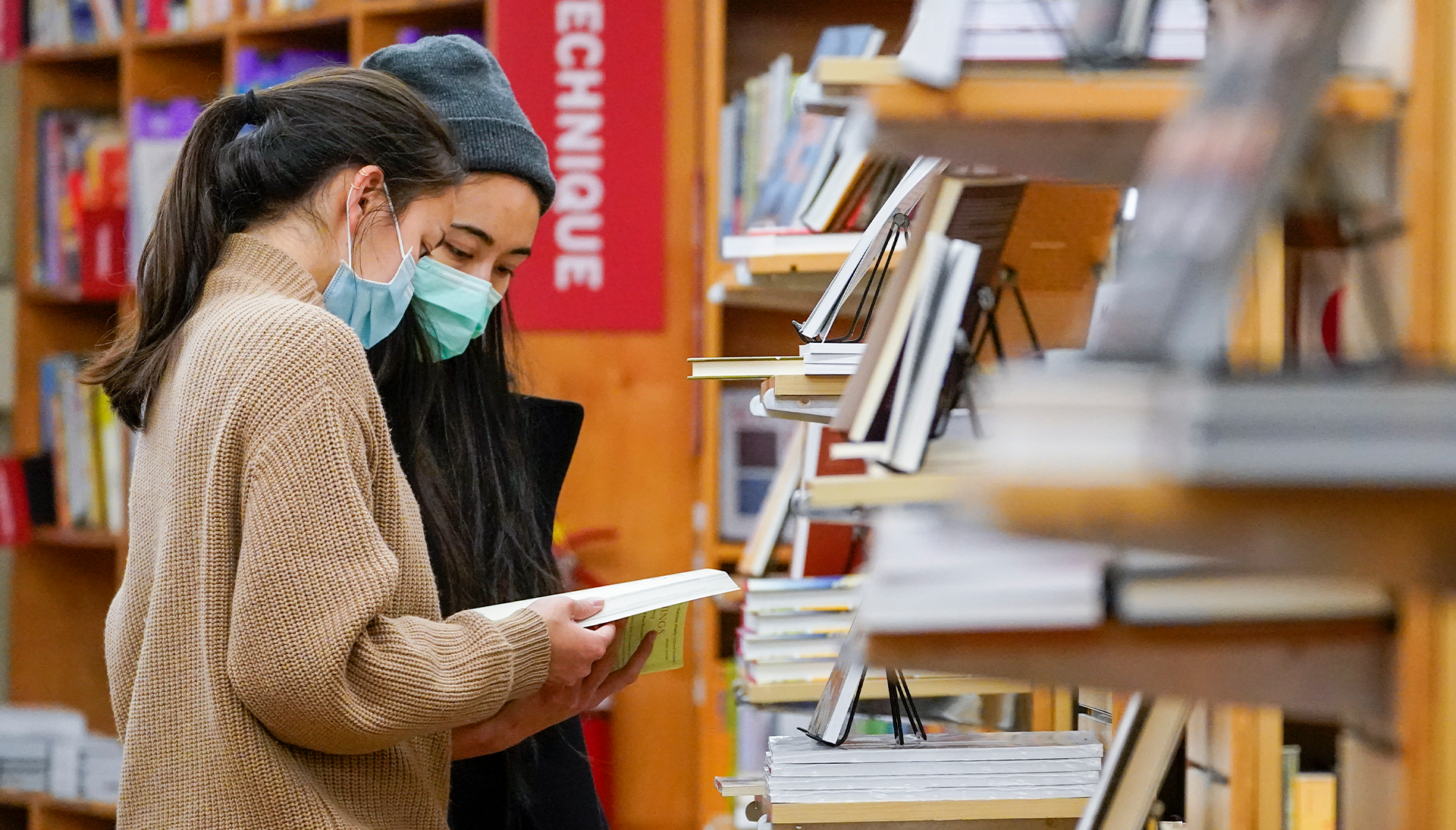 The COVID-19 pandemic has led to financial losses for both writers and literary organizations in New York City, creating significant challenges that threaten the livelihood and diversity of the city’s literary arts community. A recent survey conducted by PEN America and the NYC Literary Action Coalition has found that the world’s literary capital is in need of urgent support and funding to reverse these disturbing trends.

New York’s literary community is an integral part of the city’s artistic and cultural life, a draw for tourists and residents alike, and a powerful voice in the fight for freedom of expression and social justice. The survey found that writers and authors are optimistic about the future of New York, and most are determined to stay. But to ensure literary artists from all racial and socioeconomic backgrounds continue to live and create in New York, the city must support and invest in the literary arts.

Authors, writers, playwrights, and others have had to cancel readings, book launches, screenings, and other events and opportunities. Bookstores have lost income because of limited in-person shopping and programming, and some stores and literary organizations have had to lay off employees and even end their lease agreements. These devastating losses come at a particularly vulnerable time as many writers, authors, and journalists work in industries that have faced turmoil and instability, including job losses and salary cuts. Any relief efforts in response to the pandemic must include the writers, authors, and literary organizations that have made New York City a pivotal center for literature and the freedom to write.

In late 2020, PEN America and the NYC Literary Action Coalition conducted a survey of nearly 500 individuals and organizations in New York City, helping quantify the pandemic’s impact on the city’s literary community. The findings revealed that one-third of writers had to cancel at least 10 income-generating opportunities, such as live readings and workshops. Twenty-seven percent of writers reported losing more than $10,000 in income in 2020, and another 17 percent lost between $5,000 and $10,000.

To put these figures in perspective, it is important to note that many people working in the literary field already have low-paying jobs; 74 percent of survey participants have sources of income other than writing, in industries like education or the nonprofit sector, both of which have endured financial pressures amid the pandemic. With the onset of the COVID-19 pandemic, 23 percent of respondents said they applied for unemployment.

The pandemic has compounded existing struggles in the writing industry. A 2018 Authors Guild survey found that authors’ incomes fell to historic lows, to a median of $6,080 in 2017, down 42 percent since 2009. Earnings from book income alone decreased even more in that period, to just $3,100 annually. Journalists also have seen a major slump in recent years; a 2020 Pew Research Center report found newsroom employment dropped by 23 percent between 2008 and 2019; since that study, further research has shown that the pandemic has only accelerated layoffs and other reductions.

Survey respondents expressed deep concern about the pandemic’s unequal impact on writers of color, LGBTQIA+ writers, and writers from other marginalized groups. Publishing has historically excluded many non-white writers, meaning they have less of an economic security net than their white counterparts; combined with the pandemic’s economic and health impacts, survey respondents expressed concern that could skew the future of a diverse, inclusive literary landscape in New York City:

“I think NYC will remain a literary hub, but as a result of the financial strain, that literary hub will mostly consist of more privileged (likely majority-white) writers who can afford to ride out the pandemic, while low-income (and more diverse) writers will have to leave NY when it becomes financially unsustainable.”

Literary groups and organizations have also felt the impact of the pandemic. Bookstores have shut their doors, literary festivals have been canceled, and fundraising events put on hold. The survey found that 75 percent of literary organizations experienced some financial loss due to COVID-19. More than 14 percent reported losses as high as $50,000 to $100,000 because of canceled fundraising events, totaling more than half a million dollars in losses across the industry. Thirty-two percent of participating organizations said they had to cancel 10 to 20 in-person events and nearly 18 percent cancelled 25 to 50 events. That includes book talks, readings, poetry events, and other literary cultural events that make up the vital artistic fabric of New York City.

More than a third of organizations had to end a lease agreement, and 22 percent had to lay off or furlough at least one employee. Nearly 40 percent were forced to close a performance venue or event space due to COVID-19.

“I’ve heard countless stories from our 30 coalition members about how difficult this time has been for literary groups,” said Alejandro Heredia, PEN America’s community outreach manager. “Postponed galas, closed venues and office spaces, loss of revenue, and the emotional and physical toll on their workers’ lives—it all adds up. Organizations and groups are doing the impossible to stay afloat, take care of their staff, and stay engaged with their communities during a time of great social upheaval.”

Funding for the future

Despite the headwinds and challenges, the survey found that most writers were hopeful; 74 percent said they were staying in New York City through the pandemic. But in order to bounce back, writers, authors, and literary organizations need assistance from the city government. Here is how one survey participant sees it:

“I feel optimistic, not only because New Yorkers are resilient and resourceful, but because the resources both formal and informal continue to help writers stay connected and get our work out there. BUT. It is probably going to get only more expensive, and the artistic landscape is irrevocably altered. How many of us can afford the long haul, in this city?”

New York City is home to the five biggest publishing houses in the country and countless literary landmarks. It is the setting for some of the world’s most famous books, many of which have been turned into shows, plays, Netflix series, and movies. The writers, authors, and journalists who call New York home are an integral part of its cultural vibrancy and identity. Their prose, poems, and plays fill bookstores and libraries and take center stage on Broadway, informing coffee shop conversations and our political discourse. Writers have left an immeasurable imprint on New York City, enriching countless communities over multiple generations.

As residents around the country took to the streets last summer to demand racial justice, literary organizations welcomed civil rights activists, bookstores curated reading lists to amplify the work of Black writers, and writers all over the city inspired others to get involved. When a wave of anti-Asian violence was unleashed, literary artists again used their platforms to call out racism and show support for vulnerable communities. Whether it’s by holding readings in support of and in solidarity with marginalized groups, penning statements to raise awareness about racism, or marching alongside activists, writers and authors have been at the forefront of efforts to make our society more inclusive and our government more accountable. Their voices drive the fight for freedom of expression and propel the movement for social justice.

During the pandemic, many people have turned to literature to cope with stress and isolation. As individuals around the world started social distancing and cities went into quarantine, readers turned to books and literature to stay connected, help them make sense of the world, and transport them to places they could not travel to. In 2020, book sales had their best year in a decade, and the use of ebooks and audiobooks also rose, showing the importance of literature in times of crisis.

Supporting the literary community is not only the right thing to do, but is financially sound. Literary artists and their creative works are a major draw for tourism, they generate money for the city’s economy, and they boost property values. New York State ranks second in the country in terms of how much arts and culture add to its economy and employment.

But even before the pandemic, it was difficult for many individuals in creative fields to stay in New York. Between 2008 and 2017, median rents in the city rose an astounding 35 percent, outpacing average salary growth in nearly all creative industries. Over the years, many writers and artists have been pushed out of the city because of high living costs. It is imperative to take steps to help them stay and succeed in New York.

To ensure New York remains a champion of inclusivity and diversity, city officials must ensure all members of the literary world—not just those who are white and privileged—can continue to call the Big Apple their home. Any plan to revive New York from the pandemic must include funding and support for literary artists and organizations that have made the city a world-renowned literature hub.

Although the road to support the literary community is long and layered, our local government can start by taking steps to build a relationship with the literary arts community by:

By taking these necessary initial steps, our local government can commit to providing structural and immediate support for the literary community.

“I am still here. I’m healthy, and I’m ready to get back to the work, community, and city I love.”