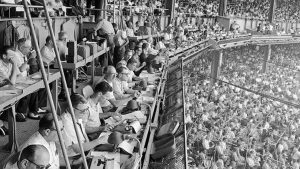 Established in 2012 by Kurt and Mary Cerulli, the award—which comes with a $5,000 prize—honors excellence in sports writing across genres. The inaugural winner was Ben Fountain for his novel, Billy Lynn’s Long Halftime Walk, which also won the National Book Critics Circle Award for Fiction and was a finalist for the National Book Award.

This award is currently on hiatus.

“I like your interest in sports . . . Sports take people out of doors, get them filled with oxygen—generate some of the brutal customs (so-called brutal customs) which, after all, tend to habituate people to a necessary physical stoicism.” —Walt Whitman

Sport is an activity that has captivated the minds of great thinkers and writers for ages, from Aristotle to Walt Whitman to John Updike. The best sports writing transcends the game and reveals the same drama, excitement, and style found in all great literature. Maxwell Perkins said that Chicago sports columnist Ring Lardner was the most talented writer he knew—a nice tribute considering Perkins was the editor of both Hemingway and Fitzgerald.

Making its permanent home in the Press Room at Fenway Park, the Sports Writing Hall of Fame honors writers who have made significant contributions to sports literature. The first class of inductees was unveiled in 2015 in an on-field ceremony at Fenway Park.

The 2015 winner of the Cerulli Award for Sports Writing was All Fishermen Are Liars by John Gierach, announced and celebrated at an on-field ceremony in Fenway Park, where the Sports Writing Hall of Fame was dedicated to and honored the first class of inductees: W. C. Heinz, Ring Lardner, Grantland Rice, and Red Smith.

Watch a video of the event and read James Sullivan’s “A Shrine To Celebrated Sportswriter W.C. Heinz” and “Sports Writers Hall Has Home At Fenway.” 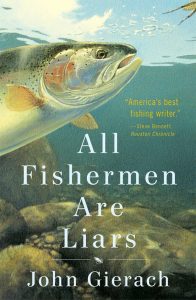 Judges Sally Jenkins, author and Washington Post reporter, and Steve Wulf of ESPN made their choice with unbridled enthusiasm. “The tuning fork went off on the first page. And it continues to vibrate” said Jenkins. “He’s the rare writer who makes you study his pages, going, ‘How did he do that?’ ” She added, “I don’t fish. And yet I find myself absorbed by sentences about line weights.”

“Yes, it’s about fly fishing”, said Wulf, “but it’s also about discovering Mother Nature and human nature, in essays as intricately and lovingly fashioned as a steelhead fly. It’s poetry disguised as a fish story.” He added, “All Fishermen Are Liars is a fitting choice. We’re standing here in Fenway Park where Ted Williams played ball and Red Smith sat in the press box. Both were expert fly fishermen and we’re pretty sure they would have approved.”

The winner of the 2013 Cerulli Award for Excellence in Sports Writing/Biography is The Kid: The Immortal Life of Ted Williams (Little, Brown and Company) by Ben Bradlee Jr. 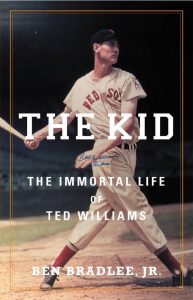 In the tradition of John Updike’s famous New Yorker essay, “Hub Fans Bid Kid Adieu,” Bradlee, with eloquence and grace, delivers 53 years later the definitive biography of one of the greatest athletes of the game. As Ken Burns writes of Bradlee’s book, “The barnacles of sentimentality and nostalgia that beset a look backward into the ‘golden age’ of baseball suggest that we would never know about that complicated genius of the plate Ted Williams. But here he is, fully realized with all the glory and guts and all the controversial and all-too-real aspects of this human being intact. Bravo.” Meticulously researched and beautifully written, The Kid brings Ted Williams to life.

The winner of the inaugural Cerulli Award for Excellence in Sports Writing was Billy Lynn’s Long Halftime Walk (Ecco) by Ben Fountain. 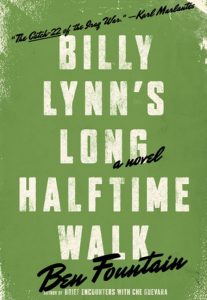 Ben Fountain’s remarkable debut novel follows the surviving members of the heroic Bravo Squad through one exhausting stop in their media-intensive “Victory Tour” at Texas Stadium, football mecca of the Dallas Cowboys, their fans, promoters, and cheerleaders.