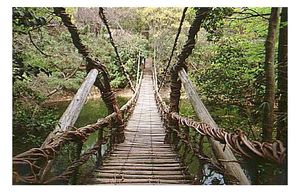 Tell me it’s not a tragedy humans lack whiskers but please don’t take it personally.

You may have come for a wedding that turned into a funeral, I understand, I know all about funerals because look right here, a skeleton of my favorite, a tabby named Loti, the first with me when I came here after the war, right there next to that dried fish. Which war we say now, which, because the people in charge are organizers who like to keep arranging their little bloodbaths, their spills and mop-ups, so many wars but for me there is just the one that keeps going. That wasn’t the reason I kept you on the landing for a while: it was because the inspectors came and stole treasures. Of course I know treasures. The only people who understand treasures are those bent from heaving them in the one satchel the officials let you have but look, it doesn’t really matter which country I came from. You come from a country, I from another, and here we meet in a third. Something bites your child and does any country ever really help? That is why inspectors have to be kept out.

Not one of mine. This you must understand. I don’t leave mine out to roam. Mine stay with me, twenty-two and each with no shortage of personality. Comfortable, they enjoy it, and who could want anything different? When I used to read philosophy I liked Catullus talking about the death of his mistress’s sparrow that he wished he could bring back but I know entertaining illusions is a dangerous enterprise. Think you save anyone from anything and you destroy more, the sum of what I learned from my classical education even if no one here knows this about me, educated and they just call me the cat lady. A little knowledge never hurts and so I can find the one who bit your child. At four o’clock, they start arriving behind this big block of human dwellings: I call it where the jungle starts. Their teatime and they come sniffing dinner starting to cook. You have to get down on your knees and sniff too. Near the bushes. Do it right and they understand you are one of them. Humans forget how flexible our spines could be, and how you must get down low and arch the lower part, angle your head to the side as if you can truly hear and smell. Imagine if we saw only one color of the rainbow and this is our narrowness. Remember you are limited, act as they do, and then they show their colors. This is why we need peepholes. And don’t forget the things you can do with branches. What our species has in weight it lacks in imagination, toeholds, tolerance. Look at a soldier’s face in one of those moments you don’t want to remember and then you know exactly what lacking imagination looks like. Your children might understand but they are shy because one has been bitten and they call shyness politesse. Waiting is one thing but the shy scent confuses most species. Surely your big one could account for herself more. You all were inside mourning your uncle who would have been happier if you had been outside under the trees. She must have been doing something wrong or something went amiss in her education. Treating another species right means waiting and too many of us lack this talent, the simple act of extending your hand and wait. We lack patience and then raise our young to lack. I am not blaming you, but get humble on your knees right here in the dirt and they come.

When I arrived here after the war we found this place to live. All these years we have not moved. In a windy season, leaves remind the people which living beings matter, Once they started making this city safe, I made my first friend with a lost Persian who had lost her tail. After that, she had babies, and then others started bringing me babies to care for because no one else cares. Only I keep the skeletons safe.

You came for a wedding but your uncle was so happy to see you he died before your eyes? His wineglass flew out of his hand, his head snapped back. Of course he was lucky, one of the best ways to die with our hearts as mechanical as the retraction of claws. I know ways of dying and there he died in a flash and happy. Anyone would want to go surrounded and what a full life he had, so many grandbabies, a man who liked to visit, prowling from one house to another. I knew your uncle. I never entered his home and we never shared a meal but he would stand across the way on the walkway from his place and chat town politics with me and told me that he pasted the name of his dead brother, the war hero who died young defending the capital, onto the television after a program had ended so the little people inside the television would know his glory. I know about your clan. How because of your other uncle’s heroic death a city street in the capital has your last name. And your uncle pasted that glory onto the screen, his brother’s name turned the right way, on the inside, so the announcers could still know about the hero. That was your uncle, always with a smile and memory. He was the only one left on the block who remembered the name of Loti and some of my other babies.

And now I see that you want to catch the one who bit your big child because you have violence on your mind. You want to quarantine the being for ten days and see if it dies of rabies, a terrible thing to do to someone breathing the same air as you. Let it spend its last days in a box, or ten days needlessly, and if it dies, only then will you give your child the shot. Now I think I have helped you enough. You cannot see the point in just letting babies roam free when these hills once belonged to them, I say, let her have the shots already! You say they bring on delirium, hallucinations, nightmares, psychosis. Think whether reality is any different or how few among us have skills to know the difference. But please don’t take it personally. You can’t help yourself, you are as hidden from yourself as the beast you think you will find.