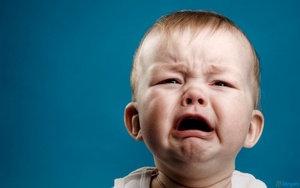 Last week we waved our hankies and said goodbye to guest poetry editor Ben Mirov as he moves on to pastures new, and now it’s time once again for tears and hugs as we bid adieu to everyone’s favorite guest editor tag-team, Ana Božičević and Amy King. We urge Ana and Amy to start playing the lottery immediately, because those two sure do know how to pick em’. This list of some of the poets they featured will attest to that fact: Lidija Dimskova, Corina Copp, Dan Magers, Ari Banias, Dana Ward, Saeed Jones, Jenny Zhang, oh my.

Visit the complete list of Ana and Amy’s features here.

And guess what? Ana’s latest book of poems, Rise in the Fall, just came out from Birds LLC, and we featured “War on a Lunchbreak“—a favorite poem of ours—back in August. Amy’s last book, I Want to Make You Safe, received some wildfire reviews, and for the record everyone should go read “Death, Is Always” right now.

PEN struck gold when Ana, Amy, and Ben agreed to work with us on the poetry series, and we won’t be able to eat or sleep for weeks now that we’re seeing them off into the sunset.

But have no fear, poetry addicts. Over the next three weeks, we’ll be profiling and featuring work by three new guest poetry editors. Who will they be, who will they be?